Asus unveiled its third-generation gaming smartphone called the ROG Phone 3 back in July this year. It is one of the most power-packed gaming smartphone available in the market today. Off late, there were several reports online claiming users experiencing ‘black crush’ display issue. The company has acknowledged this issue and has also released a fix for it via an update.

The Asus ROG Phone 3 has already received a couple of updates since its launch. The latest one comes with the firmware build number 17.0823.2007.58. The update is being rolled out in a phased manner and it should take a while for the mass rollout to be complete.

As mentioned above, the ROG Phone 3’s AMOLED display panel had ‘Black Crush’ issue. The update comes with a fix for this issue. Additionally, the update also brings some new features which include a ROG Connect community which allows Telia VoLTE/VoWiFi connectivity option in some select countries.

The regions where this feature will be active include Finland, Norway, and Sweden. The update also brings support for three-finger screenshot gestures, Google Lens (integrated into the camera app), battery usage (available in the notification bar), and outdoor speaker mode.

It also brings a fix for an issue with Netflix app and system brightness. Also, the device will now be able to detect ROG Stix Arion SSD via USB port.

Just to recap, the Asus ROG Phone 3 has a big 6.59-inch AMOLED display with an FHD+ resolution. Enhancing the gaming experience here is the higher 144Hz refresh rate. The display gets the Corning Gorilla Glass 3 protection.

The device runs on the Qualcomm Snapdragon 865+ processor and comes with up to 12GB RAM and 256GB storage option. For photography, the handset relies on a triple-lens camera module which has a 64MP primary sensor with an f/1.8 aperture, a 133MP ultrawide sensor, and a 5MP macro sensor. It is powered by a 6,000 mAh battery unit with 30W Quick Charging support. 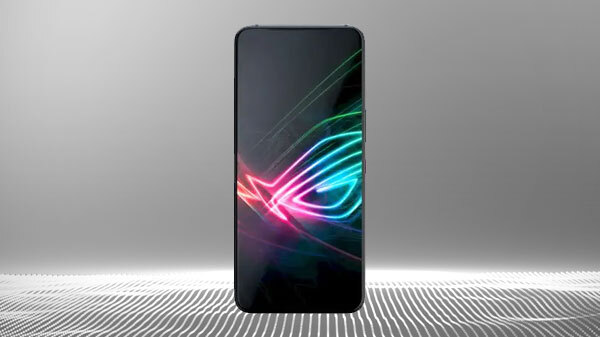