Recently, Infinix hit the tech headlines with the launch of the Infinix Smart 4 Plus smartphone with a 6000mAh battery. Now, it looks like the company is all set to launch a more affordable device sometime soon. Well, the talk is about a new smartphone called Infinix Hot 10 Lite.

An upcoming budget smartphone called the Infinix Hot 10 Lite has been spotted on the Google Play Console by the well-known Twitter-based tipster Mukul Sharma. Furthermore, the tipster has shed light on some of the key specifications of the upcoming Infinix smartphone. These specifications do not seem to be quite impressive.

As per the listing, the Infinix Hot 10 Lite is tipped to arrive with a MediaTek Helio A20 chipset along with 2GB RAM. Given that it is a budget smartphone, we cannot expect it to arrive with all the features of Android 11, the latest iteration of the OS and we can expect it to run Android 10 out-of-the-box.

Besides this, it notes that the Infinix Hot 10 Lite could make use of a HD+ display with a resolution of 1600 x 720 pixels. And, the Google Play Console listing for the device in question shows a placeholder design that does not shed light on the exact design except for the presence of a dewdrop notch design.

A few days back, we came across details regarding another Infinix smartphone. Well, the rumor mills suggested that another device called the Infinix Smart 5 is believed to be on cards. Most of the specifications of the leaked Infinix Smart 5 appears to be quite similar to those of the fresh leak, the Infinix Hot 10 Lite. But there is no clarity regarding the upcoming devices from the brand. Even an official confirmation regarding these smartphones is awaited by the company for further clarification.

We are yet to know more about these upcoming smartphones from Infinix. Also, we will get to know if these are the same devices or different ones in the near future. Until then, we need to wait for further clarity. 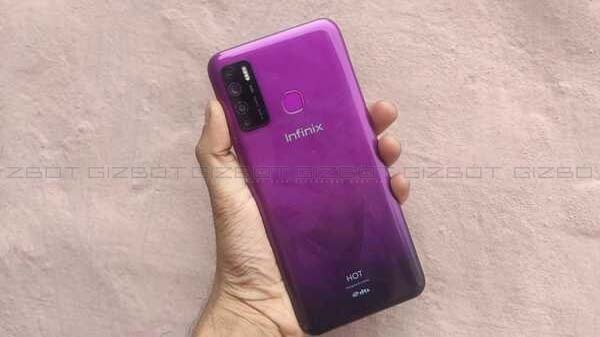