Amidst the trend to ban Chinese products, a Lava smartphone was spotted on Geekbench. Dubbed as the Lava Z66, the smartphone might launch shortly. This is probably the first time we’re hearing of the Lava Z66 and there’s still no official confirmation. The Lava Z53 was the last smartphone launched by the company.

Geekbench listing gives away a few specifications of the smartphone, while also hinting at an imminent launch. The Lava Z66 is said to pack a Unisoc processor with the model number sp9863a_3c10. However, the precise details of the processor are still a mystery.

Previously, the Indian mobile company launched the entry-level Lava Z53 in February. The phone shipped for Rs. 4,829. The Lava Z53 features an unnamed quad-core processor that is clocked at 1.4GHz with Android 9 Pie (the Go Edition). The phone also packed 1GB RAM with 16GB onboard storage.

As a comparison, the upcoming Lava Z66 seems like an upgrade to the Lava Z53 in terms of the RAM and the processor. Lava is one of the popular mobile brands in India, especially for its feature phone. For instance, the newly announced Lava A1 Colors feature phone for Rs. 899 has received a good response.

The company has been steadily expanding its portfolio with reports to include wireless earbuds in India. Furthermore, the company is also developing Lava Pay, a mobile payment service. Amidst a call to purchase made in India products, companies like Lava are more likely to benefit. The Lava Z66 might help boost the company’s popularity in India. 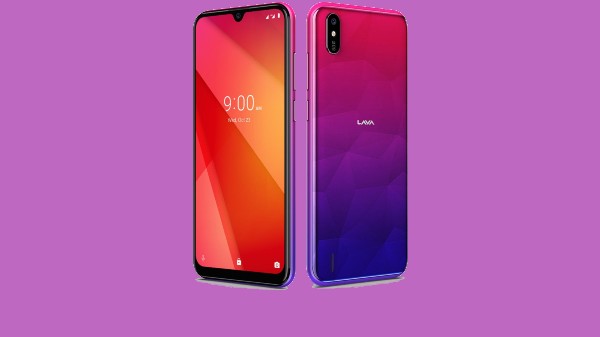