Motorola has launched the entry-level smartphone Moto G9 in India. The handset comes as a rebranded of the Moto G8 which was launched in Brazil in March. The budget-friendly handset offers features like the triple rear camera, huge battery, and more.

Price In India And Availability

The Moto G9 will be available for purchase in a sole 4GB RAM + 64GB variant, which priced at Rs. 11,499 in the country. It comes in two color variants namely Forest Green and Sapphire Blue. Interested customers can grab the handset starting August 31 via Flipkart. The sale will start at 12 PM and buyers can get a 10 percent instant discount on the Federal Bank Debit card. There is also no-cost EMI option on Flipkart.

The handset sports a 6.5-inch HD+ Max Vision display along with a 20:9 aspect ratio. It also offers a resolution of 1600 × 720 pixels and an 87 percent screen-to-body ratio. The Moto G9 is powered by the octa-core Qualcomm Snapdragon 662 chipset paired with 4GB LPDDR4 RAM. The 64GB of internal storage can be expanded up to 512GB via a microSD card. The device packs a massive 5,000 mAh battery along with 20W fast charging.

The Moto G9 ships with Android 10 and has a triple rear camera setup. The rear camera setup offers a 48MP primary lens, a 2MP depth sensor, and another 2MP macro sensor. Upfront, it has an 8MP selfie camera. The camera features also include Auto smile capture, HDR, Face Beauty, and more.

Considering the price, the handset offers impressive features. The handset also claims to offer up to two days of battery life on a single charge. The Moto G9 will compete with other brand’s smartphones such as the Redmi Note 9 Pro, the Samsung Galaxy M21. However, both phones are priced a little higher than the Moto G9. After spending only Rs. 11,500, you can get a massive battery, multiple camera features, large display. 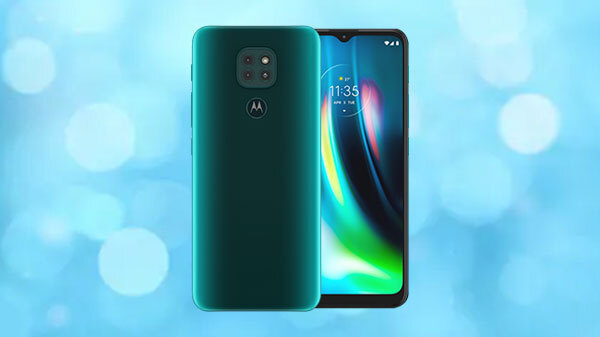 Huawei might be working on a foldable phone with clamshell design