OnePlus Nord, the upcoming affordable smartphone series is just a few weeks away from its official launch. The company has confirmed the July 21 launch date for its new smartphone lineup. As we are moving closer to the launch, the internet is being flooded with leaks revealing details on the hardware. The company itself has been dropping hints via its official Instagram handle. The latest one gives details on the selfie camera.

The Instagram post shared by OnePlus confirms a dual-selfie camera setup on the OnePlus Nord. The pill-shaped dual punch-hole setup is said to equip a 32MP primary sensor and an 8MP sensor. The post shared by the company confirms the secondary sensor will capture 105-degree wide-angle shots.

As for the other features, the device is being tipped to debut with the Qualcomm Snapdragon 765G processor. It is likely to come with 8GB/12GB RAM and 128GB/256GB storage configuration. It will also come with 5G connectivity support.

The device will most likely ship with Android 10 OS which will be accompanied by OxygenOS user interface. The imaging setup has also been leaked. The OnePlus Nord is said to launch with a quad-rear camera setup where the primary sensor will be a 48MP Sony IMX586 sensor.

The device is further said to feature an 8MP sensor for wide-angle shots, a 5MP sensor for macro shots, and a 2MP sensor for depth mapping. The OnePlus Nord might launch with a 6.44-inch Fluid AMOLED display. It is said to deliver an FHD+ resolution, 20:9 aspect ratio, and 90 Hz refresh rate.

There will be a fingerprint scanner integrated within the display for security. There will be a USB Type-C port that will charge up a 4,115 mAh battery unit. The internet has provided us with all the major hardware details which we can expect from the OnePlus Nord.

However, its pricing has been kept a mystery by the company. Looking at the leaked features, the device seems to be a premium mid-range offering which could arrive in the Rs. 30,000 price bucket. But, the pricing would only be confirmed once the device goes official in the country on July 21, 2020. 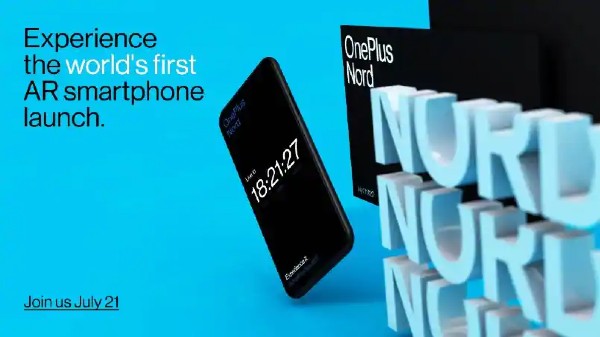