Lenovo unveiled a transparent edition of the Legion Pro gaming flagship. The X-shaped middle part is now see-through, allowing you to peek at the components inside (the two “wedges” on either side of the X remain opaque). While most phones are pretty static, the Lenovo Legion Pro has a side-mounted pop-up camera. It’s normally hidden…
Read more
NEWS

| Published: Thursday, October 29, 2020, 16:10 [IST] Flipkart Big Diwali sale is now live offering various discounts on several smartphones. The Realme Narzo 20 Pro is now available at a discount of Rs. 1,000. The handset made its debut in the country at Rs. 14,999 for the 6GB RAM and…
Read more
NEWS
Facebook
Twitter
Pinterest
WhatsApp
Email
Print

During the launch of the ColorOS 7 in China, Oppo had announced that it would release the Oppo Reno3 5G smartphone in December. Following that, Oppo VP Brian Shen, shared an image of the Oppo Reno3 Pro 5G on Twitter yesterday.

“A first look at OPPO Reno3 Pro 5G — it will feature a glass body with a thickness of just 7.7 mm (excluding the lens), which may just be the thinnest dual-mode 5G phone in its price segment,” read Shen’s tweet.

Today a complete render of the front-face of the Oppo Reno3 Pro 5G has been leaked online. Here’s what it looks like. As seen in the render, the speculations around the punch-hole camera are confirmed. The Reno3 looks like it will be quite a handful, given the edge to edge display which curves around the edges. Oppo Reno3 Pro 5G is expected to sport a 6.5-inch FHD+ AMOLED display with a 90 Hz refresh rate. As confirmed by Shen, the Reno3 Pro will have just 7.7 mm thickness (without taking into consideration the camera bump), making it probably the thinnest 5G smartphone that we have heard of.

The Reno3 Pro 5G is expected to be the first dual-mode 5G phone from Oppo. This means that the phone will work in both standalone (only 5G mode) as well as non-standalone (5G mode with the option to fall back to 4G LTE).

(Also Read: ColorOS7 announced in India: All you need to know)

Other speculations hint at a 4,500 mAh battery which will come with a 30 W fast charging support, most likely with SuperVOOC fast charging. Reno3 will not be supporting wireless charging though. Just today, Shen confirmed though that the Oppo Reno3 Pro 5G would come with 4,205 mAh battery.

In answer to some comments – OPPO Reno3 Pro 5G has a 4025mAh battery, matching users needs of power and speed even with it’s thickness of 7.7mm.

Oppo Reno3 Pro 5G is expected to be powered by a Qualcomm Snapdragon 735 chipset with 8 GB RAM and 256 GB of storage. ColorOS 7 running atop Android 10 will be the operating system that Reno3 will come pre-bundled with.

On the camera front, Reno3 is expected to sport a 32 MP front-facing camera and quad-camera setup on the back with a 60 MP primary shooter.

There is no clarity on the price, but according to a report in GSMArena, the Chinese pricing could hover around €425 to €465 and the European price may go up to €550 to €600. 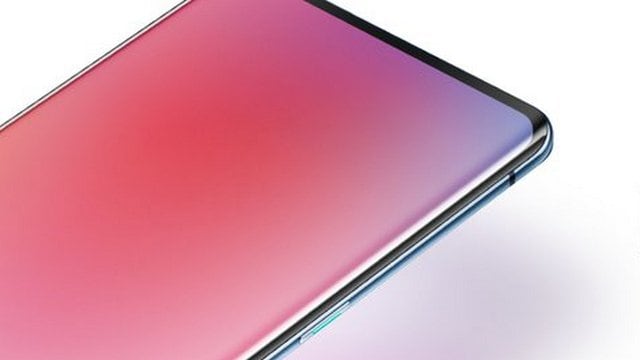 In a move that could bring somecheer to Indian techies, a US Federal Court has blocked US President Donald Trump’s H-1B visa ban.District Judge Jeffrey White of Northern California blocked the implementation of H-1B visa ban by Trump, stating that the President “overstepped his constitutional authority” with the order issued in June.In June, Trump had…
SMARTPHONE

The Union Housing and Urban Affairs Ministry celebrated the achievements under the Swachh Bharat Mission in the past six years on the occasion of Gandhi Jayanti on Friday. Speaking at a webinar titled 'Swachhata Ke 6 Saal, Bemisaal', Union minister Hardeep Singh Puri said, "When SBM-U was launched in 2014 by Prime Minister Narendra Modi,…
NEWS

Lenovo unveiled a transparent edition of the Legion Pro gaming flagship. The X-shaped middle part is now see-through, allowing you to peek at the components inside (the two “wedges” on either side of the X remain opaque). While most phones are pretty static, the Lenovo Legion Pro has a side-mounted pop-up camera. It’s normally hidden…
Load more