The Poco M2 is arriving tomorrow, and the company has already revealed a few specs of the smartphone to build hype around it. Adding to that, the Chinese phone maker has now confirmed that the M2 will ship with a 5,000 mAh battery.

That’s the same size as the M2 Pro‘s cell, which charges at up to 33W. But it’s unclear if the regular M2 will also charge at the same speed.

The Poco M2 will be unveiled tomorrow at 12PM IST (6:30AM UTC), which is when we’ll know more about its specs, pricing and availability. 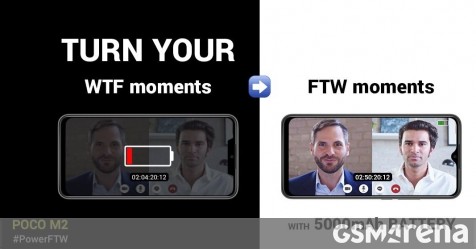