The Samsung Galaxy M01 Core is launched a compact 5.3-inch display with an HD+ resolution and a dynamic screen timeout feature that helps in power optimization. The device doesn’t have any notch for the selfie camera and also has thick bezels on all corners.

The smartphone makes use of a quad-core MediaTek 6739 processor which also powers the Galaxy A01 Core. The device has been announced with 1GB/2GB RAM and 16GB/32GB storage. It will boot an Android Go Edition with an OneUI layer on top. It will come pre-installed with Android Go apps.

Notably, the device comes with a dedicated Dark Mode support as well. The Galaxy M01 Core features a single 8MP camera on the rear panel. To click selfies, the device packs a 5MP camera upfront. The smartphone is packed with a 3,000 mAh battery unit.

How Much Does It Cost?

The Samsung Galaxy M01 Core is announced at Rs. 5,499 which is for the 1GB RAM and 16GB storage model. The second variant which comes with 2GB RAM and 32GB storage will be selling at Rs. 6,499. The device will be available for sale via e-commerce platforms starting July 29 and also at offline Samsung retail stores and Samsung Opera House in blue, black, and red colour options. 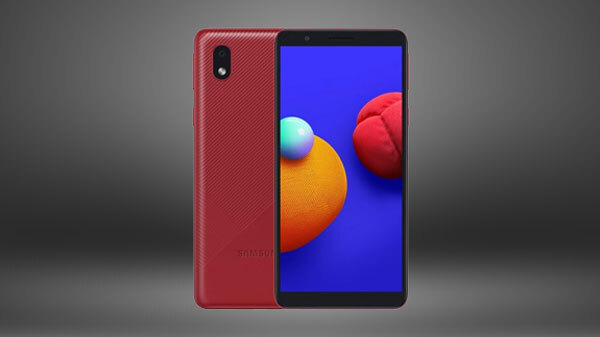 Airtel Vs Reliance Jio Vs Vodafone-Idea: Which Work From Home Plan Is The best?

Huawei in talks to sell parts of its Honor smartphone business:...