The Sony WH-CH710N borrows a similar design language as its predecessor. It is completely made out of plastic and is lightweight. It hardly feels anything when you put this pair on. The big oval-shaped earcups fit on the ear perfectly.

Not only it offers comfortable wear, but it also adds to the effectiveness of ANC by blocking outside noises. I liked the lightweight design and comfortable fit this headset offers.

What could be a bummer for some is the average build quality. Though the matte textured finish adds to its appeal, the plastic used doesn’t feel to be of top-notch quality.

Besides, the padding used on the earcups and the headband is also decent, not as good as the high-end models offer. But, that can be worked around with considering this is an affordable model.

Speaking of the keys and ports, the majority of the control keys are placed on the right earcup. Alongside the media control keys (play/pause and volume up/down), there is the ANC/ambient sound key. It is worth mentioning that the Sony WH-CH710N is also coming with support for the voice-based digital assistant.

You can summon the Google Assistant or Siri by pressing and holding the key placed in between the volume rockers. The left earcup is a storehouse for the power key, a USB Type-C port, and a 3.5mm AUX-in port.

The quality of the keys is good and you will find them soft in clicks. Summing it up, the Sony WH-CH710N wireless headphones offer a subtle look with all matte black finish.

Sony has been one of the pioneers in the audio products category and has earned a rapport for its high-end headphones and speakers. The company had set a benchmark in the ANC wireless headphones portfolio with the launch of WH-1000X3.

The WH-CH710N is being touted as the affordable version of this premium product. Which brings us to one of the biggest highlights of this pair, i.e, ANC support. While Sony has equipped its new headset with ANC, it is not at par with what we have seen on the high-end models.

You will be able to hear outside noise with the ANC on and music off. The ANC could have been more effective here. Speaking of its performance during media playback, the Sony WH-710N does offer superior audio quality.

The headphones don’t come with support for multiple audio codecs, rather support just the AAC codec. So, you don’t get a high-resolution output. But, that doesn’t mean the audio quality is compromised on the cost of missing codecs.

Rather, the headset does a fine job when it comes to performance. It doesn’t deliver as thumping bass as the company’s Extra Bass lineup offers but packs a decent punch. One thing I would like to highlight here is that the pair tends to get a bit mushy at the peak audio levels.

This isn’t the case with the media playing at 60- 70 percent volume. You will rather be able to hear the vocals and instruments distinctively. Its performance with streaming platforms is also good. You will enjoy binging on shows and on your favorite OTT platform.

The Sony WH-CH710N is quite easy to pair with any smartphone, tablet, laptop, or PC. The procedure to pair this headset with any of the aforementioned devices is the same.

If the headset is being connected to a device for the first time, you will need to press and hold the power key until you hear ‘power on’ followed by ‘Bluetooth pairing’. Now, head to the Bluetooth settings of the device to be connected and look for WH-CH 710N. Click on it and you are good to go.

Coming to the audio quality during calls, the headphones work well with voice calls; be it on the cellular network or on third-party apps like WhatsApp and others. There is no audio break or lag. It is crisp and clear on both the caller and receiver’s end.

How Much Is Its Backup?

Sony hasn’t specified the size of the battery, however, the company claims a backup of around 35 hours with one full charge. Also, it has support for a quick charge as well. With approximately 10 minutes of charge, the headset gets a backup of around 2 hours.

You can use any USB Type-C charger to refuel these wireless ANC headphones. While testing the pair, I found the numbers to be adequate. The device does last for long with a single full charge. But, I would like to add that this is the result of the volume playing at around 70 percent.

Does It Live Up To The Expectation?

Sony has undeniably been one of the most proactive brands presenting the masses with the best quality of premium audio products. The company has been majorly focusing on the high-end products, but, of late, it has started considering the mid-range and affordable segments as well.

It has got all features correct. You get ANC and digital voice-based assistant support alongside the brand royalty. The WH-C710N carries forward the legacy of WH-CH700N and has arrived with some noticeable improvements.

Its design and audio is on point and serves the purpose of a good ANC wireless headphone. For audiophiles looking a decent pair with ANC support under Rs, 10,000, this makes for a good option. 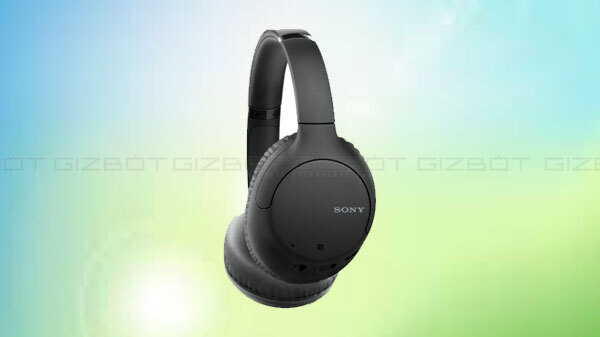