During the sixth Corps Commander level talks, China asked India to vacate positions taken over by the Indian Army after August 29.

During the sixth round of Corps Commander level talks, China asked India to vacate the positions taken over by the Indian troops on the south bank of Pangong Tso lake after August 29, sources have told India Today TV.

The talks, held on Monday, were focused on ways to defuse rising tensions along the treacherous and high-altitude friction points in eastern Ladakh considering the approaching harsh winter.

At the talks, India insisted that China should move back to the positions which existed before April-May 2020 timeframe in the eastern Ladakh sector, the sources said. The Indian side pressed for an early and complete disengagement of Chinese troops from all the friction points and insisted it was for China to take the first steps to de-escalate the situation, the sources said.

It is learnt that India and China have agreed to continue talking to each other on the ground and keep lines of communication open to avoid aggregation of the situation.

The sixth round of the military talks was held in Moldo on the Chinese side of the Line of Actual Control across India’s Chushul sector in eastern Ladakh. The talks began at am and ended at 11 pm.

The Indian delegation was headed by Lt Gen Harinder Singh, the commander of the Leh-based 14 Corps of the Indian Army.

For the first time, the Indian team for the military talks also included a senior official from the Ministry of External Affairs (MEA). MEA Joint Secretary Naveen Srivastava, who has been engaged in diplomatic talks with China on the border row under the framework of the Working Mechanism for Consultation and Coordination (WMCC) on border affairs, was part of the delegation.

The team also comprised Lt Gen PGK Menon, who is expected to succeed Singh as the commander of the 14 Corps next month.

At the previous five rounds of Corps commander-level talks, the Indian side insisted on complete disengagement of Chinese troops at the earliest, and immediate restoration of status quo ante in all areas of eastern Ladakh prior to April.

(With inputs from PTI) 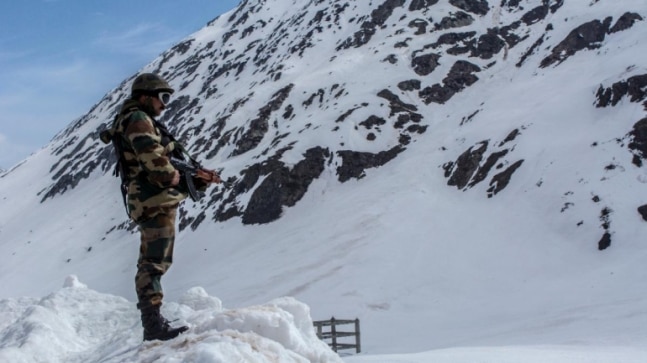