www.smartphonephotography.in See the World through your Smartphone
Home SMARTPHONE Australia’s summer of cricket during Covid is about money and power – and men

Like a Netflix drama binged during lockdown, the series between Australia and India has contained no end of surprising twists and turns. At first the storyline seemed predictable; the reassuring certainty of the Boxing Day Test and New Year’s Test set the scene at the heart of the tale.

But quickly both matches were thrown into doubt. First it was Melbourne – would it be able to take place at all and, if so, would crowds be allowed? Eventually the Victorian outbreak was contained and the game was went ahead, albeit with a reduced crowd.

Meanwhile, in Sydney, things looked all set for a capacity crowd until two new Covid-19 clusters sprung up, the other states slammed their borders shut and the schedule was again cast under a shadow of doubt. The latest advice is that a 25% capacity crowd will be allowed into the venue, with masks now mandated on public transport.

Just when the story finally appeared settled and the characters were meandering towards a happy ending, a new antagonist emerged as the Board of Control for Cricket in India stepped in to challenge the Brisbane Test, citing mental fatigue of its players under Queensland’s quarantine restrictions.

This story arc is simply the latest season in the drama surrounding this summer of cricket. Early on no one was sure if matches could be played at all, or if the Australia A concept would have to be resurrected to provide some precious television content should India be unable to make the trip.

The lengths to which those in charge have gone, all to ensure a relatively normal summer of cricket, says a lot about the value placed on the men’s game. There is certainly reason to pause and question whether the series should have proceeded at all, given the global health situation. There are a multitude of concerns, from the public health risks involved in gathering crowds at matches, to mental health effects of players being confined inside bubbles for months on end.

In the risk-averse world to which we have become accustomed, it is a question worth considering. We have all learned to make sacrifices for the greater good. Why, then, can we not sacrifice a couple of cricket games and enjoy them all the more next summer when we have (hopefully) been vaccinated? The answer, of course, is money and power.

The people who are likely to raise their voices about cuts to the jobkeeper subsidy, for example, hold far less of both than those who would have something to say about a cancelled cricket tour. From governing bodies to broadcasters, sponsors to state governments, a multitude of figures with a great deal of money and power are ensuring the matches are played in the way that best suits their interests.

Meanwhile, barely an eyebrow was raised when the upcoming women’s series between Australia and India was postponed due to the ongoing effects of the pandemic. There have been no public complaints from the broadcasters, no backlash from the BCCI, even though this series would have been relatively simple to stage compared to the current men’s tour.

This has been a theme throughout the forced changes to sport that Covid has brought. While the AFLW season was cancelled before the finals, the Super Netball and the WBBL were condensed and all played in one location, everything and the kitchen sink was thrown into ensuring the big male sporting codes could play their competitions in the most normal fashion possible.

Anyone who dares to question these priorities is shouted down on social media, and in the comments sections, and reminded that women’s sports do not generate the money that men’s do. As if it is a simple, unchangeable fact, rather than a result of a long-term lack of investment. As American sportswriter Kelsey Trainor tweeted recently: “You have to spend money to make money. This is applied to every other area of investment except women’s sports.”

Despite the huge gains made by women’s sport over the past couple of years, the pandemic has exposed the wide gap that still exists between men and women in the sporting world. When money is limited and power is hanging by a thread, those desperate to hold on to both make conservative decisions and stick with the status quo. They regrettably inform their female athletes that nothing can be done and count on their good nature to accept it and wait their turn.

There has been plenty of praise for the way female athletes have handled themselves during this time – no complaints, no breaking of bubble restrictions, just toughing it out and getting on with the job. But while the women get praise, their male counterparts – many of whom have been far less gracious – get money and media coverage.

While the storylines of this men’s cricket tour have been surprising, the greater narrative around men’s and women’s sport has been achingly predictable. At some point it must be time to stop and consider: how do we change the ending? 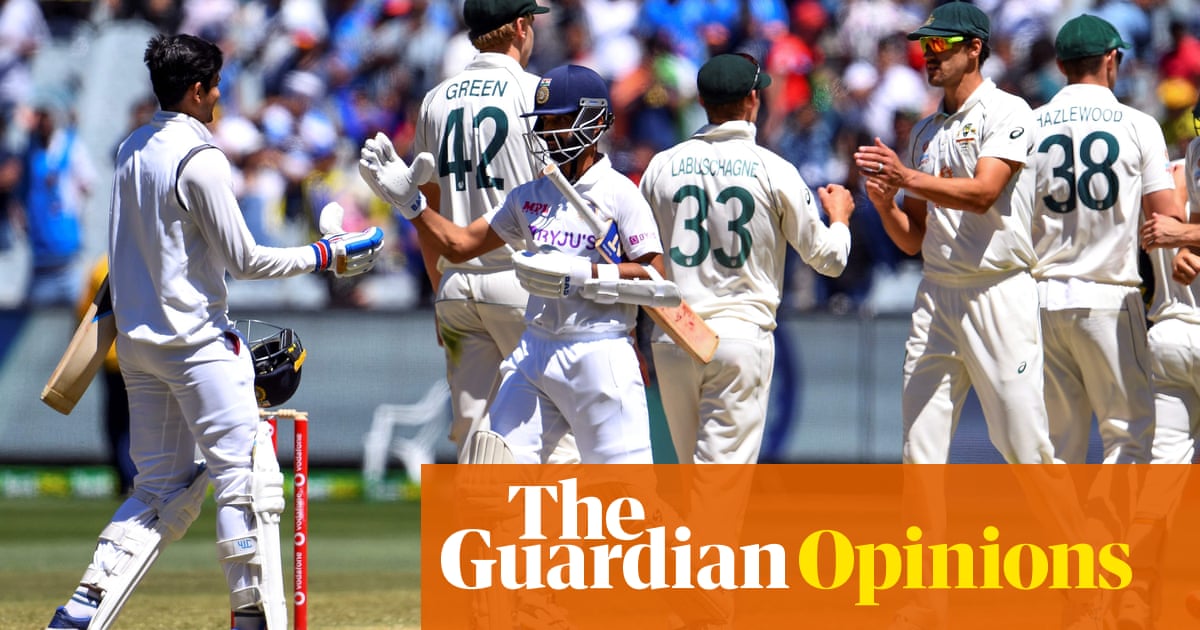