As India is fighting the spread of the novel coronavirus on a war footing, one of its biggest challenges has been to fend for its huge population of migrant workers, which, according to the 2011 Census, accounts for 37 percent of the total population.

A significant proportion of migrants comprises those who travel far from their native places in search of livelihood. According to the Economic Survey for 2016-17, an average of 9 million people had moved states in search of work each year between 2011 and 2016. 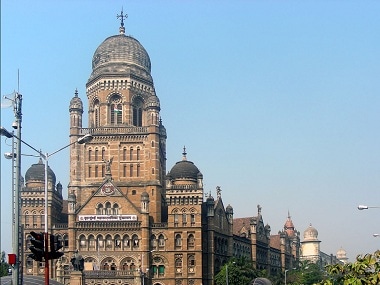 This means that Maharashtra is presently dealing with the twin crises of rising coronavirus cases and ensuring the welfare of its large migrant population. Till 2 April, the state had reported 335 cases and 16 deaths. Mumbai is by far the most seriously affected in the state, accounting for 181 infections and 12 fatalities.

Thus, Mumbai’s experience in dealing with the migrant crisis in the wake of a grave coronavirus outbreak can hold important lessons for the rest of the country. Authorities in the financial capital are presently grappling with the challenge of preventing the exodus of migrants from the city, while also ensuring that essential services reach them.

On 31 March, the Brihanmumbai Municipal Corporation (BMC) started a helpline for homeless people and stranded migrants/workers. The helpline is intended to help such people get in touch with civic authorities if they need food, shelter or any other such help. A person at a call centre is expected to note down the details of the assistance required, and convey it the local ward officer.

However, several activists have flagged inadequacies in the mechanism set up by the civic body for migrants. Sitaram Shelar, convenor of the NGO Pani Haq Samiti, has said that while the helpline is functional, it needs to be given more publicity so that more people can access it.

Mahim-based activist Irfan Machiwala said, “Many people repeatedly called the helpline in the hope that the BMC could make some arrangement for food. However, they could not get through as the phone was busy, although they tried several people. The BMC should ensure that that there are enough operators, so that it can cater to the large number of poor migrants presently living in Mumbai.”

Another inadequacy is that the helpline is not functional for 24 hours a day, but only from 9 am to 9 pm. It is unclear if there is a mechanism for migrants to reach out to the BMC at night.

Responding to these concerns, Jayashree Bhoj, additional municipal commissioner in the BMC, who is presently in charge of the helpline, said, “On the day that the helpline was started, we had only one line, but on 1 April, we increased it to four lines. In the coming days, we plan to expand it to ten lines. This will certainly help to streamline the process.”

When asked what was the nature of the requests that people make through the helpline, Bhoj said, “Many people have called to say that they need food, and a relatively fewer number have called to say that they need shelter. The BMC has opened several food distribution centres in each ward for the former. The objective is that a person should not need to walk for over a kilometre to reach a food distribution centre. Most migrants have also said that they want transport facilities so that they can go back home. However, that is not possible as of now, since the state borders are sealed.”

Indeed, in the past few days, several migrants have tried to get back to their native states despite the lockdown being in place. On 30 March, the Mumbai Police intercepted a tempo carrying 17 migrant labourers from Uttar Pradesh in Andheri. On 26 March, the Maharashtra Police also found over 300 migrant workers holed up inside two container trucks meant for carrying essential commodities from Telangana to Rajasthan.

The civic body has roped in NGOs and some branches of the Rotary Club of Bombay to assist in the distribution of food to migrants across the city. Bhoj said, “Several such organisations have been assigned one or multiple wards, as per their capacity. We have asked ward officers to seek the assistance of these organisations.”

On the food distribution mechanism, Sitaram Shelar, whose organisation has been coordinating with the BMC on this issue, said, “It is clear that the BMC is making efforts to ensure the welfare of migrant workers. However, at present, much of its work is dependent on NGOs and voluntary organisations. It would be better if the civic body is able to allocate its own resources for the task.”

The civic body has also set up 13 shelters across the city, with a total capacity to house about 25,000 people. Speaking about the shelters, Bhoj said, “A large shelter facility has been created at the Bombay Exhibition Centre at the NESCO complex in Goregaon (E). Several other places are also being used as shelters, one of them being the Uttar Bharatiya Sangh Hall in Bandra (E).”

On Sunday, Chief Minister Uddhav Thackeray also said that his government will take care of migrant workers and provide them with basic necessities such as food and water.

Thackeray said that the state government has set up 163 centres across the state to provide food and water to the migrant labourers.

The state government has earmarked Rs 45 crore for this purpose, of which the maximum amount of Rs 15 crore has been set aside for the Konkan division, which includes Mumbai. Among the other divisions, Pune division has been given Rs 10 crore, while Rs 5 crore each has been allocated to the Nashik, Aurangabad, Amravati and Nagpur divisions.

An official in the state government’s food and civil supplies department said, “Maharashtra is one of the states where the initiative of ration card portability has been implemented. We are making use of this initiative in the present situation, to ensure that migrants can get cheap foodgrain at any fair price shop, even if they are not in their home district. This is applicable for migrants within the state, as also for migrants who are from outside the state.”

The official also said, “People who are eligible for subsidised foodgrain under the public distribution system (PDS) will be given 5 kilograms of rice for three months from April to June.”