A furious Chris Sutton tore into a ‘gutless’ and ‘pathetic’ Celtic side that were convincingly beaten by Sparta Prague in the Europa League.

Celtic lacked quality and fight as they went down to a 3-1 defeat at home and now their chances of reaching the knockout stage are looking near-impossible.

But what infuriates former Celtic player Sutton the most is the way Neil Lennon’s side approached the game, accusing the players of ‘bottling it’ during the match.

Sutton also singled out striker Leigh Griffiths for some criticism, despite the fact the Scotland international was the scorer of Celtic’s goal.

“That was one of the most gutless displays from a Celtic team,” Sutton said.

“I know a lot of Celtic fans are saying Europe doesn’t matter this year, I’m sorry, it absolutely does. You play for Celtic, you want to compete in Europe.

“Celtic quite frankly did not compete in any way, shape or form. It’s a dressing room where you have to question a lot of the players, a lot of the characters.

“We see Leigh Griffiths come on the pitch, get his goal but I look at his attitude all season and I think Leigh Griffiths is a brilliant option for Neil Lennon – he can’t be bothered to get himself fit. He sums this Celtic dressing room up.

“I thought they chucked it. They were patchy in the first half, had a little spell in the second half but they bottled it.

“That quite frankly isn’t good enough. There’s a way to lose a game. Teams feel they can get at Celtic and this Sparta Prague team battered them.

Diego Maradona’s ‘doctor’ amazed by his recovery from brain surgery

“Pathetic, pathetic. I haven’t seen this bad a display in a long time. It was bad enough against Rangers but this was a step down if at all possible.”

However, the attention was later turned on the player Griffiths replaced, Mohamed Elyounoussi, who was spotted checking his phone by the TV cameras while the match was still going on.

This only enraged Sutton further, who revealed what punishment he’d dish out to Elyounoussi if he was in Lennon’s position.

“What I question is the players’ commitment,” Sutton added.

“There’s a player sitting in the stands this evening on his mobile phone, that is totally, totally unacceptable!

“I’d fine him two weeks’ wages for that.” 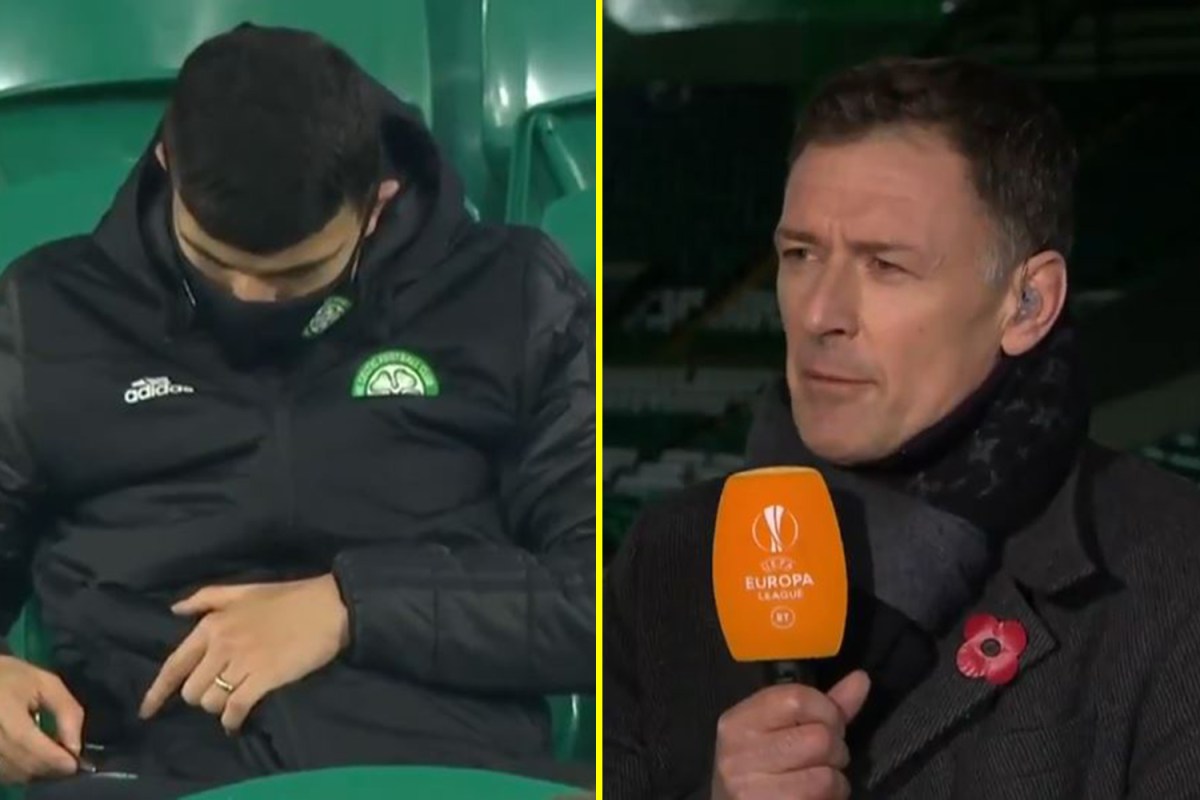