When Singapore launched the first smartphone app of its kind last month to identify and alert people who had interacted with carriers of the novel coronavirus, the city-state of roughly 5.7 million people had just 385 cases of infections.

But even as cases in the country – which is in lockdown – have surged past 9,000, only about one in five people have downloaded the app, TraceTogether, which uses Bluetooth signals to log when people have been close to one another.

The modest numbers in a tech-savvy country where trust in government is high shows the challenges facing public health authorities and technology experts around the world who are looking to exit lockdowns and who believe contact-tracing apps can play an important role in restarting economies.

A few countries, including South Korea and Israel, are using high-tech methods of contact tracing that involve tracking peoples’ locations via phone networks. But such centralised, surveillance-based approaches are viewed as invasive and unacceptable in many countries for privacy reasons.

Scientists and researchers from more than 25 countries published an open letter on Monday urging governments not to abuse such technology to spy on their people and warning of risks in an approach championed by Germany.

“We are concerned that some ‘solutions’ to the crisis may, via mission creep, result in systems which would allow unprecedented surveillance of society at large,” said the letter that gathered more than 300 signatures.

The Bluetooth approach, being pursued at various stages by governments across Europe and Latin America, as well as in Australia and many Asia nations, requires a majority of people in a geographic area to adopt it for it to be effective.

The apps should be voluntary, and would need to be downloaded by at least 60 percent of the population to achieve the so-called “digital herd immunity” needed to suppress COVID-19, say researchers from the University of Oxford’s Big Data Institute.

An app in India, believed to be the second in the world to go live after Singapore, has reached 50 million downloads on Android phones, which dominate the market. That’s a small fraction of India’s 500 million-strong smartphone user base, not to mention its population of more than 1.3 billion.

“It requires quite a bit of effort on your side as a user and the value is not very tangible,” said Frederic Giron, a Singapore-based analyst with market research firm Forrester, referring to TraceTogether.

Singapore’s Prime Minister Lee Hsien Loong announced new anti-virus efforts on Tuesday and said “we will need everyone’s cooperation to install and use” apps such as TraceTogether, though he stopped short of saying it would be mandatory.

The efforts in Singapore, India and elsewhere are still in their early stages. A joint initiative announced last week by Apple and Google could give the concept a boost, in part by smoothing key technical issues.

The apps also have limited utility during lockdowns, but could prove much more appealing when people are again in frequent contact. Italian carmaker Ferrari, for example, is rolling out a voluntary contact-tracing app as part of its programme for safely reopening its factories.

In Australia, the government has suggested such apps could be mandatory, though that approach is fiercely opposed by European governments and privacy advocates. Apple and Google say they will not support compulsory tracing apps.

The Bluetooth-based apps are designed to be more privacy-friendly than tracking techniques that use GPS or mobile phone data. They use Bluetooth to broadcast and receive an encrypted, pseudonymous signal from nearby phones and create a log of interactions that remain on the phone, so users’ names and numbers are not disclosed.

If a person tests positive for COVID-19, people who were near that person for a certain period of time can be alerted via their phones. The India app also has other functions and uses GPS data to identify infection clusters.

Some people in Singapore and India say they are willing to use such an app, even at some cost to their privacy.

“Right now, I don’t care about privacy, at least amid this crisis,” said Bengaluru-based Ganga Bopaiah, who works for an IT services company and already uses the Indian app, known as Aarogya Setu, which means “health bridge”.

“As long as COVID-19 is around I’d use it. In fact, I will use it more after the lockdown eases.”

Still, privacy is a contentious topic in India, especially in light of recent tensions between the government and the country’s minority Muslim population.

“There is always an element of doubt when the government is asking you to divulge personal information,” said Harish Iyer, an Indian LGBT rights activist who has not downloaded the app.

Self-quarantine orders in India’s slums have also fanned mistrust among some Muslims who believe health workers are gathering personal data under the guise of containing the pandemic.

The Indian government has been heavily backing the Aarogya Setu app, sending emails to companies including Facebook and Google requesting them to promote the app, an official at Indian’s IT ministry said.

Singapore has not pushed TraceTogether as heavily to date, though the prime minister’s comments on Tuesday suggest that is changing.

A big complaint about TraceTogether is that it doesn’t work in the “background” on an iPhone, meaning the app has to be open at all times, which drains power and can interfere with other processes. Apple does not permit iPhone apps running in the background to access Bluetooth, for security reasons.

The new tools Apple has promised as part of its joint effort with Google will solve that problem, but only for apps that adhere to other requirements such as forgoing any use of location data and not being mandatory.

The TraceTogether developers this week welcomed the efforts by Google and Apple, and said they would work with the companies’ upcoming technologies to improve the app. 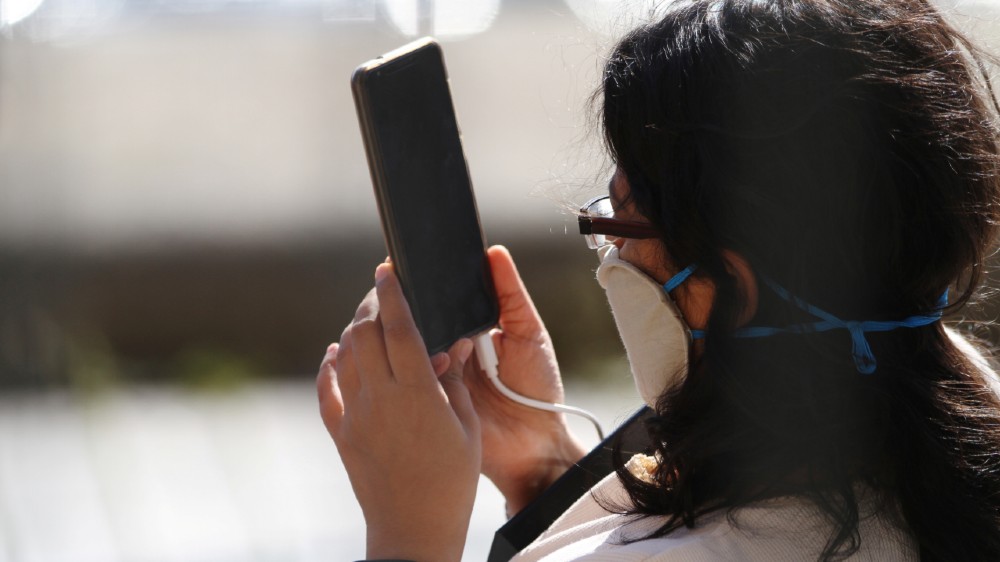