In the mid 90s, Bill Gates released his first book, The Road Ahead, and it blew our minds. Or at least one part of it did (I never managed to read much of it). In it, Gates described the Seattle home he was then building with inlaid fiber optic cables where each room would have its own unobtrusive touchpad to control the lights, music and temperature. Best of all, as you entered a room, it’d automatically customise those elements and even wall paintings (via LCD screens) based on personal preferences, all pinged via an electronic pin everyone in the house would wear.

I was reminded of that moment from a quarter century ago as I listened to a recent webinar on access to the internet in India, organised by Agami, the law and justice organisation where I work. Much of Gates’ fantastic vision has become widely available today in the form of mobile phones, smart devices and apps – all of them powered by the internet, and what he then romantically called the Information Highway. 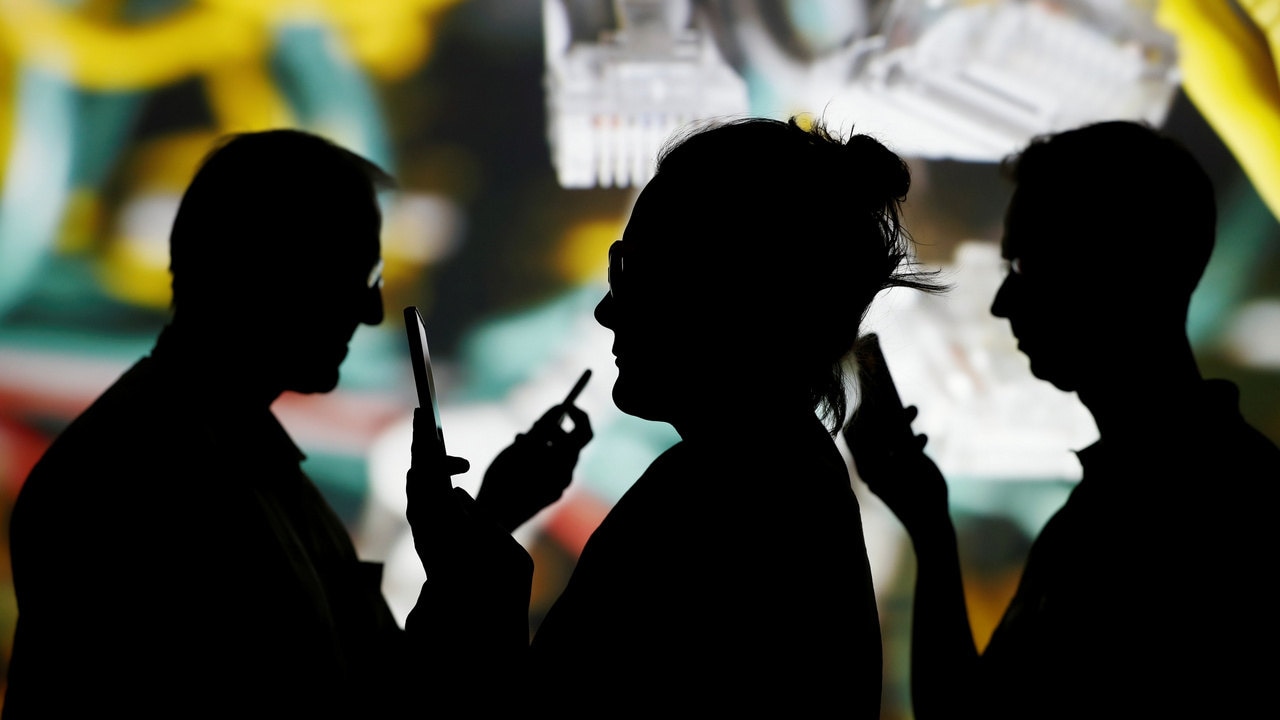 In a socially distanced landscape, addressing the ‘digital ditch’ is more essential than ever. Representational image from Reuters/Kacper Pempel

Now in our elastically wrenching world, Gates is having another moment of prescience (as well as right-wing data hacks and conspiracy theories), this time with brighter sweaters and a thinner, papery voice. Whatever you think of him, he did baldly predict in his 2015 TED talk that “the greatest risk of global catastrophe” was not nuclear war but “most likely a highly infectious virus…not missiles but microbes”.

The march of the internet into our lives, taking over every aspect and every hour, is so ubiquitous it doesn’t need much emphasis or spelling out. And concurrently, neither does the fact that as more than a fifth of humanity frets under some form of lockdown and the rest practices swivel-eyed social distancing, we are all keeping up some semblance of normalcy by going online.

A recent survey found that internet browsing shot up by 72 percent in the first week of lockdown in India. Online is where we are all talking and conferencing and texting, sharing parody videos, moving our money, dropping out of online courses, asking doctors about pulse oximeters, damning house cleaning bloggers, thanking recipe writers for using metric measurements, rediscovering celebrities for their shenanigans and, of course, unquenchably consuming the news and ordering more and more supplies even as we feel all Zoomed out.

The new economy is not so new anymore, and it’s vital to say this aloud: Our economy is now vastly inaccessible without the internet. All the platforms, gateways and content are useless without it. Yet according to government data by the Telecom Regulatory Authority of India (TRAI), only about half of Indians have access to the basic broadband speed of 512 Kbps or more. Last year’s IAMAI-Nielsen study found an even wider gap of only 36 percent of Indians having internet access in the first place. And only a third of them are women.

Which means, half to two-thirds of the country are in an economic ditch.

Much of the high speed and reliable networks have been first laid in urban centres, and the work on Digital India programmes has not kept pace with the gradually devolving economy or the current COVID-19 crisis. Perhaps some of this slowness is due to decision makers still not quite accepting that the internet has moved this fast from being a useful luxury to an essential resource? Or is it more of a lingering bias that rural or disadvantaged Indians just don’t need as much internet as people like us?

Either way, the numbers tell a different story. Of all ‘regular users’ in India (who accessed the internet in the last 30 days), 40 percent are actually rural users – and that base is growing much faster than the urban one. More than 50 percent of rural customers are willing to go online to buy goods. Two thirds of all existing Indian internet users are in the 12-29 year age group, and in general this age group resides much more in rural than urban India. Data usage in rural India increased by almost 100 percent during the lockdown. And all this when rural internet penetration stands at only 27 percent (versus 51 percent in urban areas).

In January, the Supreme Court declared access to the internet a fundamental right under Article 19 of the Constitution. This was in response to a plea on the internet blockade in Jammu & Kashmir since last summer’s revoking of Article 370. Since then, there has been only partial lifting of the digital ban there – only 2G speeds for postpaid mobiles while prepaid sims still have to get verified – despite mounting reports that lack of high-speed internet is hobbling the medical community and accelerating the spread of the COVID-19 pandemic in the region.

Justice Badar Durrez Ahmed, retired Chief Justice of the High Court of Jammu & Kashmir, as well as Rahul Matthan, Partner at Trilegal law firm, criticised such internet shutdowns at the Agami webinar. They both cited similar metaphors comparing the internet today to essential services like water and electricity, and how authorities don’t switch them off to some citizens when convenient.

Now, the internet has thankfully been deemed an essential service by the Home Ministry during the national lockdown, but there doesn’t seem much more on the government’s agenda here. “I don’t think the [central] government has realised how critical this infrastructure is,” Aruna Sundararajan, former Telecom Secretary of India, said at the webinar. “I served on the COVID taskforce in Kerala and we devoted a whole chapter to seeing how to ensure internet services wouldn’t get disrupted, how there’d [actually] be a 30-40 percent increase in availability. We put in suggestions that people who normally don’t have access somehow need to be given it because they’re the ones who need it the most.”

Governments and companies worldwide are hustling to ensure that their citizens remain online. Chile is offering a “solidarity plan” for affordable internet in partnership with private companies, while Thailand has granted 10 GB of free data to mobile users. Egypt has given free SIM cards to students and borne the cost of a 20 percent increase in all subscribers’ monthly downloads. In the US, the telecom regulator negotiated with more than 50 major internet providers to get them to agree to suspend data and speed caps, suspend shutoffs and late fees, waive installation fees, provide free service and other schemes for low-income users and open Wi-Fi hotspots for the public.

Meanwhile, the major telecom and broadband companies in India have offered some initiatives like free incoming calls to low-income users, Airtel and BSNL have provided extended mobile validity and Rs 10 talktime free, while Jio Phone users have got 100 minutes and 100 SMS free. Meanwhile, ACT Fibernet has offered free upgrades of unlimited data and 300 Mbps speed, Jio Fiber has offered free 10 Mbps connections to new users and double data to existing ones, and Jio has offered free broadband in some places.

Some say that in this crisis, the Indian government needs to pitch in much more such as reduce red tape to enable telecom companies to build capacity fast, incentivise them to increase data limits and subsidise costs, and even use disaster relief funds to build public Wi-Fi zones. There were a host of other solutions proposed at the webinar as well. Sundararajan said the government must build the infrastructure for 4G access for all Indians – and pointed out that this is actually possible in just 6-12 months – as well as finish the incomplete project to lay fiber optic cables for 2.5 lakh gram panchayats. Sundararajan and Apar Gupta, Executive Director of Internet Freedom Foundation, also recommended that the pending Data Protection Bill be enacted to address cybersecurity concerns as citizens go online.

Justice Ahmed suggested engaging the local Legal Services Authorities across the country to provide internet and justice access to their constituencies, while Matthan emphasised the right to broadband rather than just internet as a more realistic need today. Gupta recommended voluntary pledges by telecom companies to not disconnect connections for non-payment during this crisis, actualising a network neutrality enforcement mechanism in telecom licenses for private entities, and regulatory reform in telecom suspension rules to guard against internet shutdowns.

The non-profit Jan Sahas has reported that a significant proportion of the distress calls they’re receiving are actually requests to recharge mobile phone accounts. “In the next 12-24 months we’ll have restrictions of some kind,” said Sundararajan, “and the need for internet is only going to exponentially accelerate.” We can’t meaningfully talk about justice for the offline world anymore, given its sharp marginalisation from most mainstream social, political and economic activity.

The fact is that those of us in the information or service economies are not the only ones who need the internet, not anymore. For most of this century, all Indians have needed it to lead fuller and fully connected lives; the big difference in the last few years is that we now also need it to be fuller consumers. And in a landscape that promises to be socially distanced for the next 1-2 years, all of us need it whether we are in the organised or unorganised sector.

There is the case of access to justice, and there is the case for access to a healthy life. Getting all citizens online is surely the one reliable way to unite them in following mandates for the greater good while giving them a way to access basic needs. And getting everyone online would also surely create a permanent resource to help the Indian economy leap away from the cliff it’s getting overfamiliar with.

Gaurav Jain is a writer, editor and entrepreneur who co-founded the digital feminist portal The Ladies Finger and the award-winning boutique media house Grist Media. He works at Agami, an organisation that inspires and enables ideas for law and justice.