Neuralink aims to develop ultra-high bandwidth brain-computer interfaces (BCI) that will become the bridge between a human brain and a computer. While the trials have shown promise, there’s still a long way for these brain-machine interfaces to make an impact on actually treating the medical conditions of the human brain.

This might sound like something straight out of a sci-fi movie, but that’s what Elon Musk claimed during the presentation of the Neuralink device. However, some factors might not fall in line with this breakthrough technology. Before we dive into the caveats, let’s first understand how the tech works.

Tiny Probe Inside Your Head

Neuralink’s brain-computer interfaces (BCI) device comprises a plethora of super sleek wires whose purpose is to collect brain signals and transmit them to the computer. The implant will pack close to 3,000 electrodes placed on thin threads and will closely observe the activity of over 1,000 neurons.

During the presentation, it was told that during the animal trails, a monkey managed to control a computer using just thoughts. Following the successful trial, the company is planning to perform trials on paralyzed people to see if their brain can respond to the device.

Although, this isn’t the first time a BCI will be tested to treat paralyzed people. Several experiments including brain implants have been tested to control robotic arms using thoughts.

But the Neuralink doesn’t restrict itself to just paralyzed people. Musk wants to use this BCI device on able-bodied people as well. His vision is to see a future where people can control smart devices without having to interact with them physically.

The main issue with brain implants is cell death and scarring. Technologies such as BCI use electrodes which eventually degrade with time and will be of no use. Although Neuralink claims to bring a better class of electrodes that would be less prone to tissue damage, their longevity is still questionable.

Besides, the company hasn’t revealed how the device works and how it will translate brain activity for a computer. All details about the new tech are based on two papers published in BioRxiv and reports from Neuralink scientists which aren’t peer-reviewed. None of them mention anything about using neural data for BCI or simulating neurons using the device.

Musk seems to be aware of these bottlenecks and is certain that the technology could take its sweet time before it becomes ready to serve its purpose. During the device’s presentation last year, Musk said: “It’s not like suddenly we will have this incredible neural lace and will take over people’s brains. It will take a long time.”

Bacteria Is A Big Concern

While a lot of focus is on the technical and ethical part of Neuralink, the biological aspects should not be completely written off. To read signals of the brain, this device needs to go inside the head and the only way to do it is through surgery. And with that comes the medical concerns of infections.

It’s still unclear if the company has roped in medical experts or neurosurgeons for implantation of the Neuralink device inside a human brain. The company has provided information about the surgery and implants but it lacks information on clinical considerations. Besides, no available information clarifies whether or not the BCI implants could damage nerve tissue.

Like deep brain stimulators (DBS) that have been in use for decades, BCI implants are also prone to post-surgery infections. While infections might not be life-threatening, they will necessitate the removal of the device from the brain. The removal will require another surgery that could alter brain tissue. Considering the consequences of such complex surgeries, it would be criminal to not talk about the biological impacts of Neuralink on humans.

Every Brain Would React Differently

The majority of BCI devices use biomimetic decoding where a person’s brain activity is recorded for simple actions such as moving their arm in different directions. Once the brain cell for a specific direction is determined, it can be decoded by tallying their actions. However, this process works well for simple actions, but will it work for more complex mental processes remains to be seen.

Even if Musk’s brain-reading tech manages to sample a good chunk of the billions of brain cells, how many thoughts a person will have to think at first just to calibrate with the machine, and what is the amount of time it would take? Besides, it’s imperative to understand that brain activity could be different each time a person thinks of the same thought.

While researchers believe these issues can be resolved using AI, provided the data is enough for the AI to learn the brain signals. But unlike other tasks that have common rules like learning a language, reading thoughts could be a way more complex process.

It could be possible to make people learn how to activate their brain cells using Neuralink, but that would be difficult for people with disabilities such as cerebral palsy.
There are a few hiccups that Elon Musk needs to overcome before making the Neuralink device official. It’s a well-known fact that understanding the human brain is a tough nut to crack, and researchers have been trying to unravel its secrets for years. That said, Neuralink seems like the first step towards literal AI-human collaboration, but it could take more than a few years to bring it to reality. 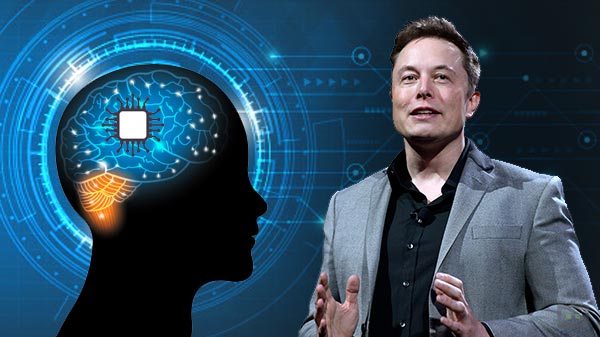