India on Friday briefed 190 heads of the diplomatic mission and international organisations for two hours on its covid related measures including on vaccine development. Ministry of external affairs will soon organize a tour of the head of diplomatic missions to its vaccine and diagnostic facilities in Pune.

During the briefing, Foreign Secretary Harsh Shringla speaking on the COVID vaccine said, “We are on track on the development and trial of vaccines. We are exploring the possibility of conducting phase III trials in a few of our partner countries.”

Adding, “We are also looking forward to researching collaboration in the field of vaccine development. Based on willingness, we may also go for joint production of vaccines in some countries.”

He reiterated PM Modi’s commitment that “India’s vaccine production and delivery capacity will be used to help all humanity in fighting this crisis”, something PM had mentioned during his United Nations General Assembly address.

Meanwhile, many of the foreign envoys speaking to WION welcomed the initiative by the MEA. Dean of Diplomatic Corps Hans Dannenberg Castellanos called the briefing as “excellent..very informative and well prepared, with distinguished speakers from Health Sector.”

Further adding,”all of the Diplomatic Corp that attended were very grateful, pleased and interested in the subject. Kudos to Foreign  Secretary, Harsh Vardhan Shringla and Chief of Protocol, Nagesh Singh, for organizing this for the Heads of Missions and Diplomatic community, in a socially distant and safe environment.”

Kazakh Envoy Yerlan Alimbayev, called the presentation “very informative..Government officials assured that India will make sure every country will get the right vaccine.”

Venezuela’s envoy’s Coromoto Godoy echoed similar sentiments saying, “India being the country with the greatest capacity to produce and distribute the vaccine, it is wonderful that PM Modi has guaranteed to put these capacities at the service of humanity.”

Elaborating, “We had the opportunity to hear about the progress of vaccines, the main ones being between phase II and phase III professing very well.” She told WION that her government looks at India as of the country with which it can collaborate for mass production of its own vaccine, once WHO gives approval.

Asked on COVID vaccine detail by India, Kyrgystan’s Envoy Asein Isaev said Indian officials said they are looking for vaccine “in the first quarter of next year”.

“It was said that five vaccines are at different stages of development. Out of that three are entirely Indian”, Sri Lanka’s deputy high commissioner Niluka Kadurugamuwa told WION.

Amidst the COVID pandemic, India reached out to 150 countries with anti-COVID medicines. It also sent food and medicine aid to 5 Indian ocean countries and to 4 African countries under its Sagar1 & Sagar 2 mission. 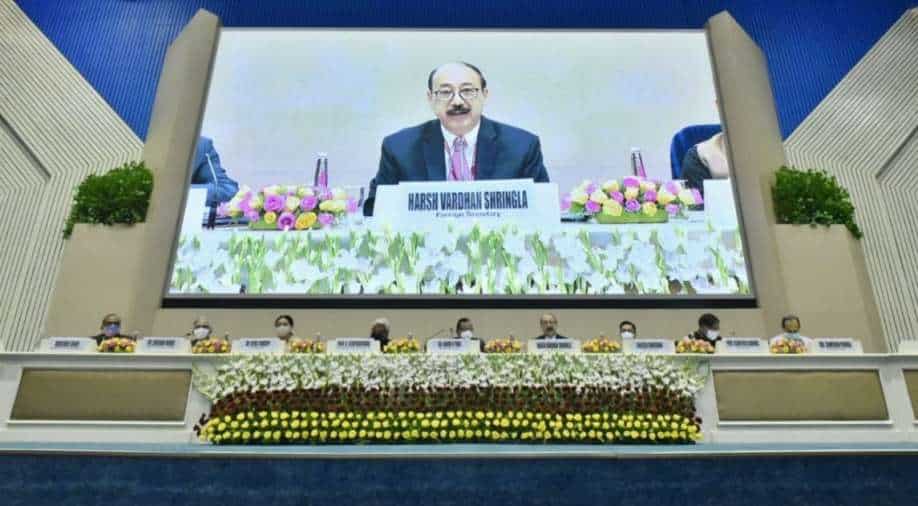