www.smartphonephotography.in See the World through your Smartphone
Home SMARTPHONE Francophone Immigration Week: The love affair that brought Chantal-Renée Serresse from Cameroon to Canada

Not only did she and her husband build a life here, but she advocates for and volunteers to make the transition to a new culture smoother and easier for new immigrants

Editor’s note: This is the third part of a three-part series on Francophone Immigration Week from Sudbury.com Communities beat reporter Jenny Lamothe. On Monday, we looked at the importance of immigration to Canada as a whole, while on Wednesday we brought you the story of one woman who came to Canada from France looking in pursuit of a more tolerant culture.

Chantale-Renée Serresse’s journey to Canada began in 1987, and it is a poetic one – especially in her words.

And it is one that would bring her to Collège Boréal in Sudbury, one that will give her the opportunity to raise her children — including one of the players on The Sudbury Five — and now grandchildren, in a city that has welcomed her, and one she has not stopped giving back to.

It begins in Cameroon, Central Africa.

A child, the youngest of eight girls, loses her mother at seven years old. Then, her father; he dies when she is 12. The child is an orphan before she is a teenager.

She has sisters, however, and Serresse credits them for raising her after the loss of her parents. It was one of her sisters that took her on her journey to a new life.

As she grew into an adult and wanted to begin her own life, and her own family, Serresse and her sister left Cameroon when the sister was offered a position as the attaché at the Cameroon Embassy in Paris. A journey that would take both women to a new life full of the unknown, and the unexpected.

But not all unknown: for in 1987 when the two women made this journey, Serresse had already met her future husband, and she would only live in France a little over six months before joining him in Canada. For Olivier Serresse — now a director and associate professor at the Laurentian School of Kinesiology and Health Sciences — was already in Canada, studying at the University of Laval in Quebec, and very excited to welcome his love Chantale, so they could begin their family together.

After he completed his studies, they married, and began looking for a position for him and that included anywhere in Canada. They found one at Laurentian University, and began their life here in Sudbury. It was a chance for her to continue her education as well, and she earned her master’s degree in the sociology of communication, at Laurentian University fittingly enough.

And now another bit of poetry from Serresse. And truly, if poetry is the combination of sound and meaning, then not only are her words beautiful, the change in her voice as she speaks of her family could ignite a glow in everyone who listens. She tells the tale of her children’s births, and the warmth in her voice is more than noticeable. You might even suggest there is a giggle or two.

“I used to say that like a map, my children retrace my geographic journey in Canada, because I had them in each of the cities in which I lived. I had two babies in Quebec, one in Montreal and two in Sudbury.”

Now those children are creating amazing lives for themselves in Sudbury.

The giggle returns to her voice when she discusses her two grandchildren, a girl born to Suzanne, and a boy born to Georges.

“It was God’s gift. I call them twins because they were born just nine days separate. Nine days apart.”

But the journey from Cameroon, to Quebec, to Sudbury was filled with some interesting cultural experiences. There are some differences here that took some getting used to for Serresse.

For instance, the great outdoors. “All those forests between cities!”

The importance of North American pets. “I heard that a pet-sitter earns more than a baby-sitter!”

The difference between respect and disrespect. “I was taught to look down when my parents or my teacher talk to me, but here we say to the child: ‘look me in the eyes’.”

In fact, there were many things that surprised her about the actions of young people, especially the lack of “gap” between student and teacher. “The student calls the teacher by his first name. The student can eat in class!”

Of course, there are other aspects of life here that surprised her, but also saddened her. She refers to it as the ‘individualism’ in which most of North America lives. Here, the population is separated by single homes, single vehicles and single lives — even single family lives. She was shocked to learn of a tragedy in her neighbourhood not from a neighbour, but from an announcement.

“Our neighbour lost his wife and it was at church on Sunday that we found out, during announcements. There was no sign of any misfortune befalling this house. A life very different from that of my home country. Fortunately, there are exceptions.”

And fortunately, a chance to learn from other cultures to improve the way people communicate within a community.

Also fortunate is that Serresse has now made a career of helping other newcomers find their way in Sudbury, as she and her family did. Serresse works in Settlement Services at Collège Boréal, helping newcomers to the Nickel City under a program funded by Immigration, Refugees and Citizenship Canada.

She has not only learned and succeeded here, continually contributing, but Serresse makes time to give back. She finds time for the Sudbury Book Fair, the board of the Greater Sudbury Training and Development Centre and adds her alto to La chorale les troubadours de Sudbury, in addition to her Sunday reading at Paroisse-Notre-Dame-Du-Rosaire in Blezard Valley.

And she has only one hope for her work, both National Francophone Immigration Week and beyond.

“I ask the community to take an interest in the cause of immigration by creating and increasing integration activities that will bring people closer, and create bridges between all these cultural immigrant communities living in Canada. This will remove terms such as racism, prejudice and more concretely, it will move us away from events such as the one George Floyd suffered in the United States, and which caused outrage around the world. We are all of the same race, the human race. Together, let’s cultivate our ‘living together’ ”.

And ‘cultivate’ is an important word here. For when it comes to the combination of cultures, it can go as the combination of liquids – oil into water, or water into wine. If you want to drink the wine of life you must first grow the grapes, and so, a little cultivation is in order.

But a little work, a little curiosity, and a little extra time learning and sharing between newcomers and Sudburians alike – it will be a life of wine, love and poetry.

That sounds like a map by which to live a life.

Jenny Lamothe is a Local Journalism Reporter at Sudbury.com, covering issues in the Black, immigrant and Francophone communities. She is also a freelance writer and voice actor. Contact her through her website, JennyLamothe.com. 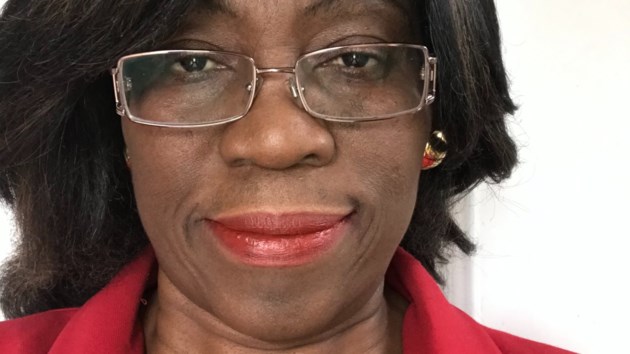