About a month ago, Priyanka Negi was upset over Himachal Pradesh’s loss in the finals of the National Senior Kabaddi Championship against Railways in Jaipur. Negi, who was part of the Indian team which clinched the Asian Games Silver in 2018, felt they were very close to the nationals title. However, looking at the positives, she was happy with the way the girls had played in the tournament, not letting any team dominate, until the second half of the final when their defence was breached consistently.

After the loss, it was time for the team to pull up their socks, rise from the pain of the loss, prepare for the Federation Cup and also analyse what went wrong in the final. The team would head back home, spend some time with family and then begin practicing again. But no one knew what lay ahead. Priyanka Negi (in Himachal Pradesh) jersey at the National Senior Kabaddi Championship a month back.

From that day to this, the world has flipped upside down. Sports all over the world are shut, the athletes are under lockdown, leagues have stopped and a sporting event is the last thing on everyone’s mind. The entire country is in a lockdown.

But Negi is not.

She is patrolling the streets of Bilaspur, helping the ill and pregnant women reach hospitals, visiting homes of suspected COVID-19 patients and lodging FIRs against those who are not adhering to strict government rules in these troubled times.

Apart from being a national-level kabaddi player, Negi is an inspector in Himachal Pradesh Police. She and India’s men’s captain Ajay Thakur are stationed at the same police station in Bilaspur district of Himachal Pradesh. Thakur is the Deputy Superintendent in HP Police. Priyanka Negi has been performing the role of both a player and an inspector for four years now.

The pain of the loss in the nationals has subsided and the focus is no more on the next tournament. The mind no more revolves around the strategies to raid or defend. Following the government guidelines, patrolling on roads, teaching a lesson or two to offenders and visiting city hospitals have replaced training, warm-ups, team meetings among other things. This is what is life for her these days.

“Jis din sports nahi rahega, mujhe job hi karni hai (The day there is no sports I have to do my job),” Negi had said, a month back during the Nationals, reflecting on the importance of a permanent job in an athlete’s life. The state government had offered her the job in 2016 as a Sub-inspector and a year later, she was promoted to the post of Inspector. Negi was the state’s first woman to represent India in kabaddi. Despite the nature of the job, the department makes sure she has time for practice but they also noticed that she was learning things on the job as well. Those are surely coming to use now.

Far away from her home in Sirmaur, Negi’s family is also worried that their daughter is out on the roads currently during these dangerous times. Himachal Pradesh has not recorded any steep rise in the number of cases but the threat looms. And the police force is not taking any chances.

“It is difficult to do the duty and make sure we are not contracted by the disease. The nature of the job is such that we are going to many affected areas, from hospitals to other such areas which could be potential hotspots,” said Negi.

Taking precautions, she and her colleagues carry a sanitizer, make sure they wash their uniforms daily and not repeat them the next day, wear a mask when needed. The other more important thing she does is maintain distance. Maintaining distance is important in kabaddi also, but a touch is what fetches you a point, a tackle is what gives your team a chance to get the scoreboard moving. Not all of kabaddi’s rules, though, are to be followed currently.

Negi takes pride in being a Himachali and that is one of the reasons she wants to continue serving the state. It was reflected in her answer when she was asked if she wanted to move to the other team during nationals. It was a straight ‘No’. Himachal is where her home and close ones are. There was a great sense of pride in her voice when she said that not just her but the others in the team too think alike.

Negi and her team’s success story run parallel. She joined the state sports hostel in 2006 and Himachal started winning in junior and senior nationals from 2007. Before that, the state was nowhere in women’s kabaddi map. It is this pride that keeps the team together, in losses and wins and Negi does not want to compromise on that front.

“There are many students and other people from Himachal who are stuck in other states (during this lockdown), we are also working on how to help them reach their homes. We are awaiting government orders on the same,” said Negi.

Her mind was occupied with many things as she spoke over the phone and before signing off, she requested people to co-operate with the police.

“The police force is out for you, risking their lives. We also have family and our families are worried. Stay at home and come out only when needed. We are there for those who need us. Don’t worry,” said Negi, before resuming her duty. 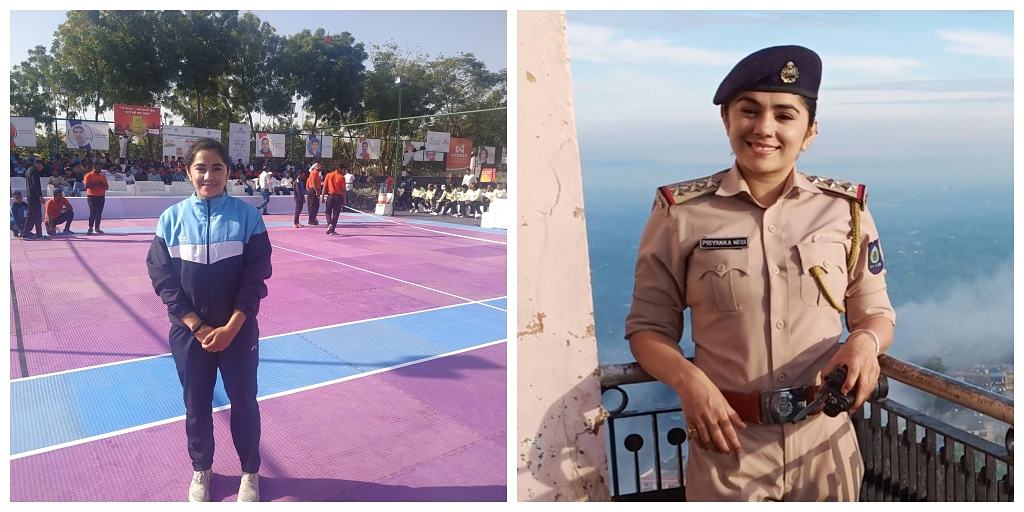 Truecaller denies reports that data of 4.75 cr Indians was put up for sale on the dark web for Rs 75,000

Truecaller denies reports that data of 4.75 cr Indians was put...