Editor’s note: Rishi Kapoor passed away on 30 April 2020, aged 67, of leukemia-related complications. In 2017’s ‘Khullam Khulla: Rishi Kapoor Uncensored‘ (published by HarperCollins India), Ranbir Kapoor wrote a moving foreword that evaluated his father’s personal and professional legacy. It is being republished here with due permission.

I’m 34 now. As I sit down to analyse my relationship with my father, I would say that the most precious gift he has given my sister Riddhima and me is that we can love our mother unconditionally. He showed us by example that she was at the centre of all our lives and our home. With her as our bedrock, none of the ups and downs in our lives could really touch us.

The second gift is that he has been a good husband to my mother. My parents have had their fair share of intense fights. They have sulked with each other and all of that, but he truly loves my mother in a very solid way. He gave her and continues to give her tremendous respect, love and care. To my sister and me, this matters a lot. As children we have learnt a lot about love and human behaviour through observing our parents — how they are with each other, how they speak to each other. I am not sure if I can adequately convey how much I admire the respect and deep caring they have for one another.

The third thing is that he taught me to respect my work. I became an actor in 2006–07. I was living with my parents at that point. And each morning I would observe my father getting ready for his shoot. I saw his enthusiasm even at that age, after all those years in the industry. He had it in him to better his craft, go shopping for his costumes or examine every minute aspect. He is that kind of man; very detail-driven. This is something I deeply admire. Looking back, he probably did the same kind of characters for the first 20 years of his life. 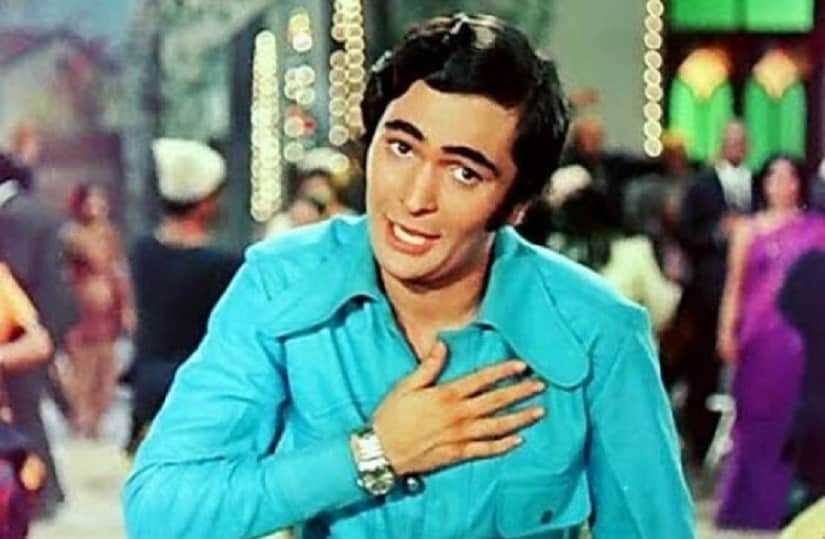 However, in his second innings, he has worked hard to reinvent himself. He started experimenting with the characters given to him. He started having fun with his work. I sensed a child-like enthusiasm and a certain abandon when it came to his approach to roles. Again, this was done with a lot of respect — his ultimate goal was always to excel in what was offered to him. Perhaps this is what has stood him in good stead.

As far as my personal relationship with him goes, well, it is one of complete reverence. I am closer to my mother. I feel that Dad modelled his relationship with me on the one he shared with his own father. And it is true that I have never crossed a certain line with him. But there is no sense of loss or vacuum here. I do wish sometimes that I could be friendlier with him or even spend more time with him. Sometimes I wish I could just pick up the phone and ask him, ‘Dad, how are you doing?’ But we do not have that. We do not have a phone relationship. Of course, he does message me. He also takes care of the financial side of my work. So we are more connected now.

When I get married and have children, I would want to change that dynamic with them. I don’t want my relationship with my children to be as formal as the one I have with my father. I want to be friendlier, be more connected, spend more time with them than he did with me. Having said that, I love my father dearly and have immense respect for him. I’m inspired by him and never want to let him down. I know he has only my best interests at heart. His confidence in me and my work makes me take pride in it. I persevere that much harder because of this. His belief and his encouragement are important to me.

I know my father appears boisterous and loud, but he is, in fact, a very reserved man. He never really ‘exposes’ himself to the world. Perhaps because he is an actor, he reserves a lot of emotions within. A lot of actors do that. They have a reserve bank of emotions because they need that to portray emotions on screen. My dad also does that.

I do not have a take on his Twitter personality, though that is usually the first question anyone asks me about my father. All I can say is, so long as he is being honest and having fun, it’s his prerogative. Social media is something very personal. Of course, he gets himself into a spot sometimes with his frank speak, but I know he has no agenda and no hidden motive. My father is a straight arrow.

These are, however, personal things. I have a professional assessment of him too. I am an actor myself and I have a keen interest in movies and performances, and I can honestly say I do not see anyone on the same level as Rishi Kapoor. There is a certain naturalness about him, a certain spontaneity. And he was like this way before anyone else. Most actors of the earlier generation had a distinct style to their acting, but my father was very natural and effortless. The way he enacted his songs, the way he serenaded his heroines on screen was laudable.

Here I must say that he was also an overweight actor. Even when actors started becoming conscious of their weight, he continued to remain the way he was. He never let this come in the way of his performances. You must remember that looking good, having a fabulous body are important aspects for an actor. After all, an actor has to entice an audience. My father managed to do that despite the fact that he wasn’t exactly slim. In that way, he broke certain barriers. And he was so charming. See Chandni, Deewana or Bol Radha Bol, or for that matter any of his work in the 1980s and ’90s, and you will see that, despite his weight, his charm remained infectious.

Now, with his second innings — Agneepath, Do Dooni Chaar, Kapoor & Sons, and others — my father is winning more accolades and awards than he ever did in his first stint. Nothing can keep a good actor down. A man who has withstood the test of time for 44 years in showbiz must have something special in him — there’s little else I need to say in summing up.