The proactive deployment of IAF’s “offensive” capabilities in response to the standoff with China in eastern Ladakh demonstrated its current operational readiness and the strong posturing was instrumental in dissuading the adversary to a large extent, Chief of Air Staff Air Chief Marshal RKS Bhadauria said on Friday.

The Indian Air Force (IAF) chief also said that the Balakot airstrikes in Pakistan clearly demonstrated that airpower could be put to sophisticated use and create a space for action below the conventional threshold.

Air Chief Marshal Bhadauria was speaking at an online seminar organised by the National Defence College.

“Over the past few months, the proactive deployment of our offensive capabilities in response to developments in eastern Ladakh, both in terms of deployment of air assets as well as rapid airlifting of Army combat elements, demonstrated the IAF’s operational readiness today,” he said without elaborating.

He said the deployment also reflected the capability and the nation’s resolve to use airpower if the need arises.

Also see| India-China standoff: How US drones along LAC can tilt the balance in India’s favour against China

“It is our belief that our pro-active action and strong posture was instrumental in dissuading the adversary from making further attempts…We remain hopeful that the peace and stability will be restored along the LAC through ongoing dialogue,” he said.

The IAF has deployed almost all its frontline fighter jets like Sukhoi 30 MKI, Jaguar and Mirage 2000 aircraft in the key frontier air bases in eastern Ladakh and elsewhere along the Line of Actual Control(LAC).

The newly inducted fleet of Rafale jets has also been carrying out sorties in eastern Ladakh.

On the Balakot strikes, he said terrorist organisations will have to think “hard” before making any further attempts to carry out attacks.

“The airstrikes in February last year by Indian Air Force targeting terror infrastructure at Balakot clearly demonstrated that airpower could be put to sophisticated use and create a space for action below the conventional threshold,” Bhadauria said.

Talking about the overall security scenario, he said there has been a transformation of the security paradigm in recent years.

“Our definitions of national boundaries have shifted beyond the classical definition of land border, shorelines etc. We cannot remain chained to the old concepts of fronts — two fronts, one front. The nature and scope of warfare itself have expanded,” he said.

In Indian defence parlance, the two front conflicts refer to hostilities along the country’s western and northern borders.

The Chief of Air Staff said the induction of modern platforms and acquisition of nice capabilities has bolstered the IAF’s combat capabilities across the entire spectrum of warfare.

“The ongoing transformation is aimed at adding agility to our combat fleets. However, practitioners of airpower are mindful of the fact that besides providing a host of kinetic and non-kinetic response options against an adversary, a strong and capable air force plays a much larger role in ensuring deterrence and avoiding conflict in the first place.”

“The possibility of conflict over territorial disputes with China and Pakistan will continue to remain an important factor in our defence planning,” he added.

“For the Indian Navy, operating farther and outward from Indian shores, in step with our country’s national interests, is a strategic imperative and necessity,” he said. 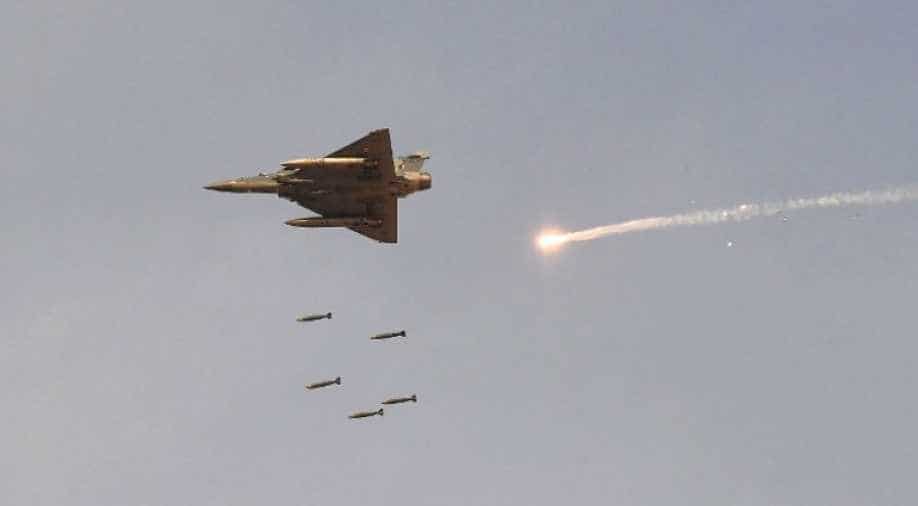