Mentioning the “war and violence perpetrated against the government and people” of Afghanistan by Taliban, a joint declaration after the meet said, ” targeting of civilian institutions and public infrastructures by the Taliban goes against the basic teachings of Islam and therefore it is illegitimate and has no religious justification.”

The gathering had ulemas from various Islamic institutions from India and Afghanistan. In all 14 Islamic religious scholars participated in the meet, 7 each from both sides.

The joint declaration on “War in Afghanistan” called on both Taliban and the Afghan government to “rise to the occasion and seize this rare opportunity” to “accelerate their negotiations for establishing a just and lasting peace in Afghanistan. They extended “support” to the “steps taken by the government of Afghanistan to pave the way for reaching an enduring peace”

2020 saw two key developments vis a vis Afghanistan, the Taliban, and US government pact and the start of the intra Afghan talks between Taliban and Afghan govt. And while pacts and talks took place, Pentagon announced a reduction in US troop levels in the country by January, and the Taliban stepping up attacks. The fear is, the situation might destabilize the country in an eerie parallel to developments of the 1990s with the Taliban in control.

The joint declaration recalled the “remarkable progress” and “hard-gained achievements” made in the last 19 years which should be “preserved and protected.”

The statement called on “other Ulema and Islamic scholars” to come forward in “support of the peace process in Afghanistan” and “raise their voice against the heinous attacks on innocent people and to call on the Taliban to agree to a nationwide ceasefire and embrace peace.”

The people to people engagement comes in as a shot in the arm, even as New Delhi and Kabul continue the high-level engagement. India has been a major supporter of the Afghan govt and has been involved in major infrastructure projects in the country like the India Afghanistan friendship dam, the Afghan parliament. India and Afghanistan will soon sign an agreement on the building of the Shatoot dam that will provide safe drinking water to 2 million residents of the national capital Kabul. 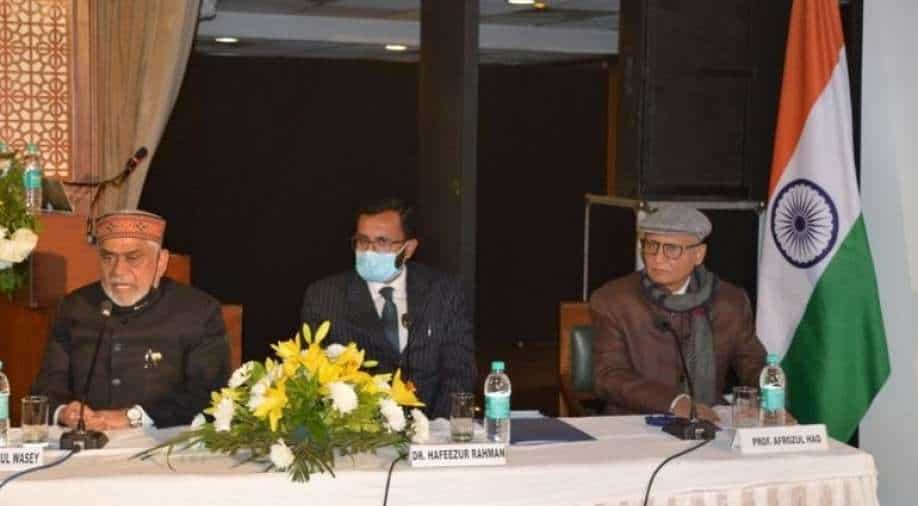