Two men have been arrested in the Indian state of Uttar Pradesh for allegedly duping a doctor into buying an “Aladdin’s lamp” that they promised would bring him wealth and health.

As part of the con, they even pretended to conjure up spirits from the lamp, in line with the tale from The Arabian Nights, Indian media report.

A third, female, suspect is at large.

In the complaint, quoted by NDTV, he said he met the two men when he began treating a woman he understood to be their mother over the course of a month.

“Gradually they started telling me about a baba (godman) whom they claimed also visited their home. They started brainwashing me and asked me to meet this baba,” he says, according to NDTV. He then did meet the baba “who seemed to perform such rituals”.

He also reportedly said that “during one visit ‘Aladdin’ actually made an appearance in front of me” and it was only later that he realised one of the accused had been dressing up as the iconic figure.

Other reports in Indian media suggest that the suspects pretended to conjure up a genie, to convince the doctor of the lamp’s authenticity.

A senior Meerut police officer, Amit Rai, told NDTV that the same men were suspected of cheating other families in similar ways. “Two have been arrested. A woman is on the run,” he said. 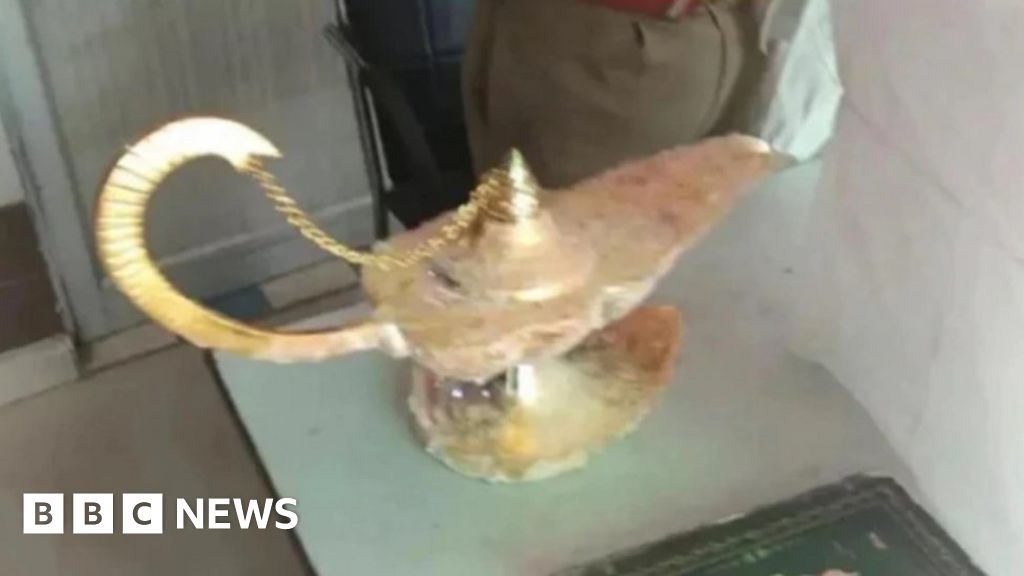