Dubai: The Kings XI Punjab unit might have had a roller coaster start to the 13th season of the Indian Premier League, but openers Mayank Agarwal and KL Rahul have been on a run-scoring spree on the UAE wickets.

While skipper Rahul is sitting atop the charts with 222 runs from three games, Mayank is just one behind on 221. It has been ultimate domination at the top from the duo.

Speaking to ANI, Mayank spoke about the camaraderie with the captain who is also his best friend, the mind frame when he walks out to bat, the wickets on offer in the UAE, the inputs from his Indian team coaching staff after the New Zealand series and most importantly, discussing batting with Universe Boss Chris Gayle.

From a talented cricketer in the past few seasons, Mayank started this season as a proven international cricketer. While that can sometimes add to the pressure, the opener says he is loving every bit of going out there and expressing himself.

“Playing for the country has given me a lot of confidence and I enjoy the responsibility. I don`t think it has changed the position a lot in KXIP as we have top-class cricketers here. From the word go Anil bhai (Kumble) and KL (Rahul) have been clear about what role they want each of us to play. It just makes it easier,” he said.

While one saw Mayank start cautiously in the first game (against Delhi Capitals), he was all slam-bang in the third game (against Rajasthan Royals). Asked if he has a plan in mind going into bat, Mayank said having no preconceived notion helps.

“I think the first game, the wicket wasn`t the easiest to bat and the new ball was doing a bit. So, the plan was to play out the new ball without taking wickets and then take it from there. After KL got out, wickets kept falling so I tried to take the game deep and that worked. In the third game, it was more about assessing the situation and doing what is right for the team.”

“Very honestly I think every wicket is different and I don`t think going with a preconceived notion does help anyone. Yes, the weather is hot and so the wickets would be spinning. But every wicket is different. And we have seen that in the games that have been played, a few of the wickets are assisting pace bowling while a few are really good to bat on,” he explained.

Even as some of the best have struggled to get into the groove post the lockdown, Mayank has looked fluent. The opener did give a peek into the secret of his success coming onto the pitch post the coronavirus-induced break. “A lot of training at home. Luckily, my elder brother had barbells and weights at home. I was training a lot at home and as soon as the lockdown was lifted, I called up RX (Murali) sir and both of us would go to his academy and we would practice. We used to train there and made sure we kept doing the right things and work on areas I needed to improve on.”

“I had got good feedback from the New Zealand series and the Indian team coaches had also said look to work on these things. So, whatever they had said, we worked on it and it is reaping benefits today,” he smiled.

In fact, he has also been spending a lot of time with Gayle and Mayank says that it is amazing how the legend has been helping not just him, but also others with finer tips on batsmanship.

“Gayle is an integral part of KXIP whether playing or mentoring. He has been speaking to all of us, contributing in the batters` meeting and also sharing stuff which is crucial. I have had great conversations with Gayle. We first played together in RCB and just watching him play and chatting is fantastic.”

“Even here he told me don`t have to do anything extraordinary, just keep trusting your skills and execute them. He asks me to go out and enjoy the game. Before the last game, he said you are batting great and just look to get into good batting positions. If you are striking well, make sure you continue scoring runs. These are just a few of the many good things he keeps saying. He is just not helping me, but a lot of the batsmen,” he revealed.

Any conversation with Mayank is incomplete without touching the topic of his best friend and team skipper Rahul. Asked to describe Rahul as a cricketer and captain, Mayank said: “He is definitely an extraordinary player. The kind of innings he produces and the performances he puts out is simply fabulous. No question about how good a player he is. We are best friends so makes it nicer to be playing together. We understand each other`s game and enjoy batting with each other. We have seen it makes it so much easier and a lot more fun batting with him.”

“As a captain, he is very calm and composed and is a very positive person. He keeps backing the players and communicates really well. Another very good thing is the way he empowers the people around him and trusts them to go out there and do well. Freedom to express ourselves is great. We are playing really good cricket under him.” 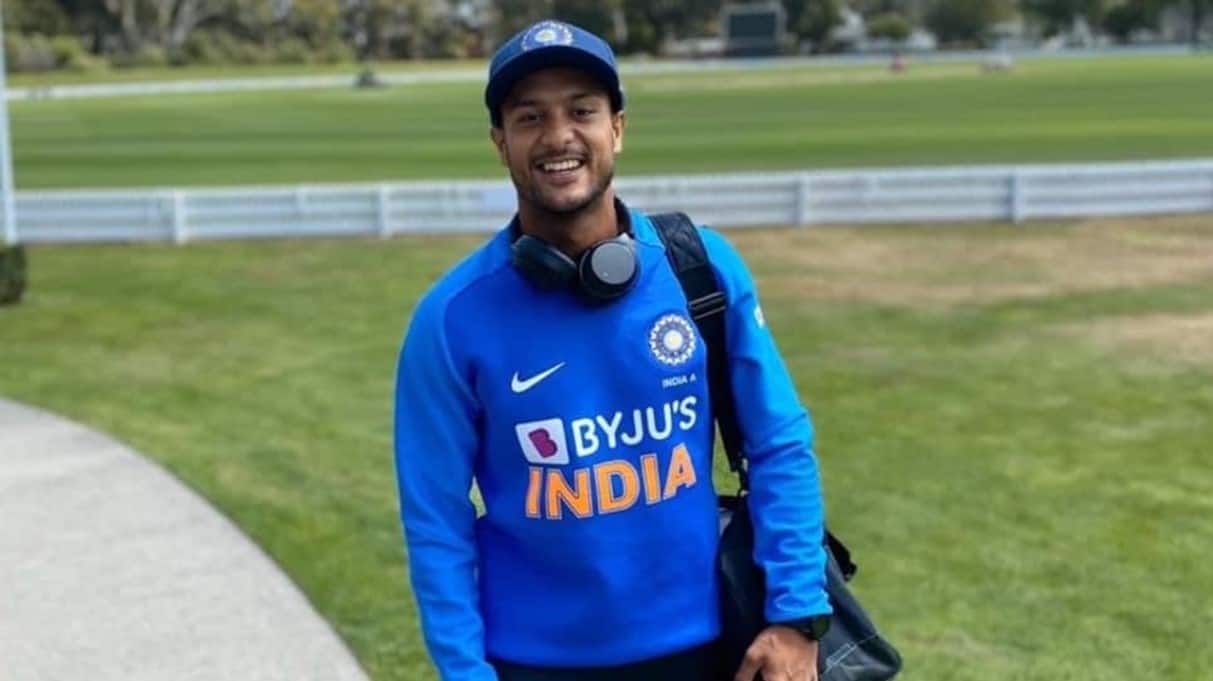