Priyam Garg smashed his maiden half-century of the Indian Premier League (IPL) as Sunrisers Hyderabad defeated Chennai Super Kings (CSK) by seven runs in Match 14 of the 2020 season of the lucrative T20 tournament at the Dubai International Stadium on Friday.

The David Warner-led side won the toss and opted to bat first against Mahendra Singh Dhoni’s CSK.(Also See: CSK vs SRH, IPL 2020 Match 14: In Pics)

Sunrisers Hyderabad lost opener Jonny Bairstow for a duck off a Deepak Chahar delivery in the very first over.

Skipper David Warner (28) and Manish Pandey (29) then steadied their side’s innings by stitching a crucial partnership of 46 runs for the second wicket.

Subsequently, 19-year-old Garg not only brought up an unbeaten quick-fire knock of 51 runs off 26 balls, but also stitched a 77-run stand with Abhishek Sharma to help Sunrisers Hyderabad post a decent score of 164 for five in their stipulated 20 overs.

For CSK, Deepak Chahar bagged two wickets, while Shardul Thakur and Piyush Chawla chipped in with a wicket each.

Though skipper MS Dhoni (36-ball 47) stitched crucial partnerships of 72 runs and 43 runs with Ravindra Jadeja (35-ball 50) and Sam Curran (15), respectively, it was just not enough for CSK to cross the mark.

Sunrisers Hyderabad restricted CSK to a score of 157 for five, with T Natarajan taking two wickets while Bhuvneshwar Kumar and Abdul Samad grabbing a wicket each.

Priyam Garg was declared ‘Man of the Match’ for his impressive peformance with the bat. 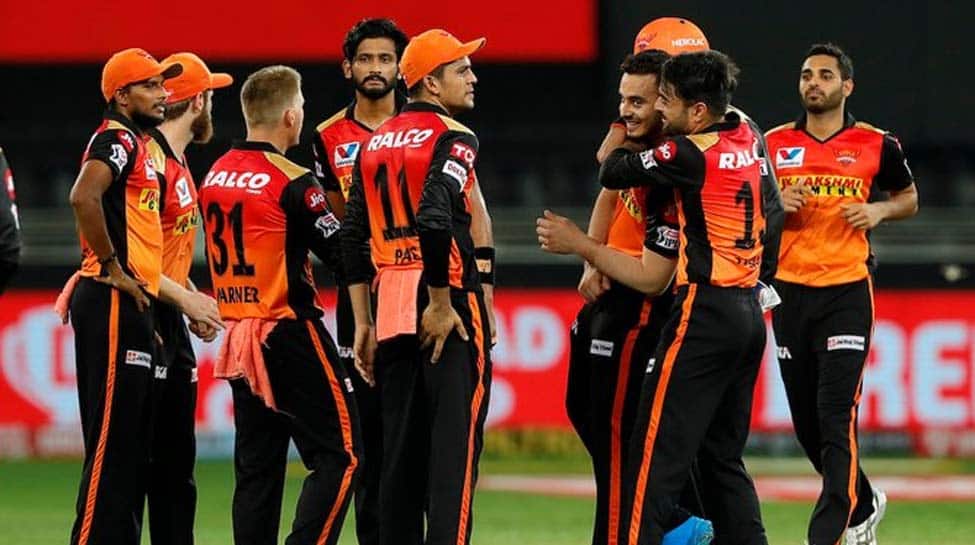