After Rajasthan Royals produced decent performance with the ball, Jos Buttler notched up an unbeaten half-century to guide his side to a comfortable seven-wicket win over Mahendra Singh Dhoni-led Chennai Super Kings (CSK) in a low-scoring tie of the 2020 edition of the Indian Premier League (IPL) at the Sheikh Zayed Stadium in Abu Dhabi on Monday.

Chasing a lowly target of 127 runs to win, Rajasthan Royals lost both their openers Ben Stokes (19) and Robin Uthappa (4) and wicketkeeper-batsman Sanju Samson (0) inside the Powerplay.

Buttler, who came to bat at No.6, not only smashed an unbeaten knock of 70 runs off just 48 deliveries but also stitched a crucial stand of 98 runs with skipper Steve Smith (26) to help Rajasthan Royals chase down the score in 17.3 overs.

Earlier, Chennai Super Kings (CSK) failed to stitch partnerships throughout their innings and were restricted to a score of 125/5 by Rajasthan Royals in their stipulated 20 overs.

Ravindra Jadeja was the top scorer for the Chennai franchise with 30-ball 35. Skipper MS Dhoni contributed with 28-ball 28.

Buttler was declared ‘Man of the Match’ for his impressive performance with the bat.

The victory saw Rajasthan climb up to the fifth spot in the IPL standings with four wins from 10 matches. CSK, on the other hand, dropped to the bottom of the table with three victories in hand.

Interestingly, Rajasthan Royals sealed a 16-run win over MS Dhoni’s franchise in the previous encounter between these two sides this season at the Sharjah Cricket Stadium in September. 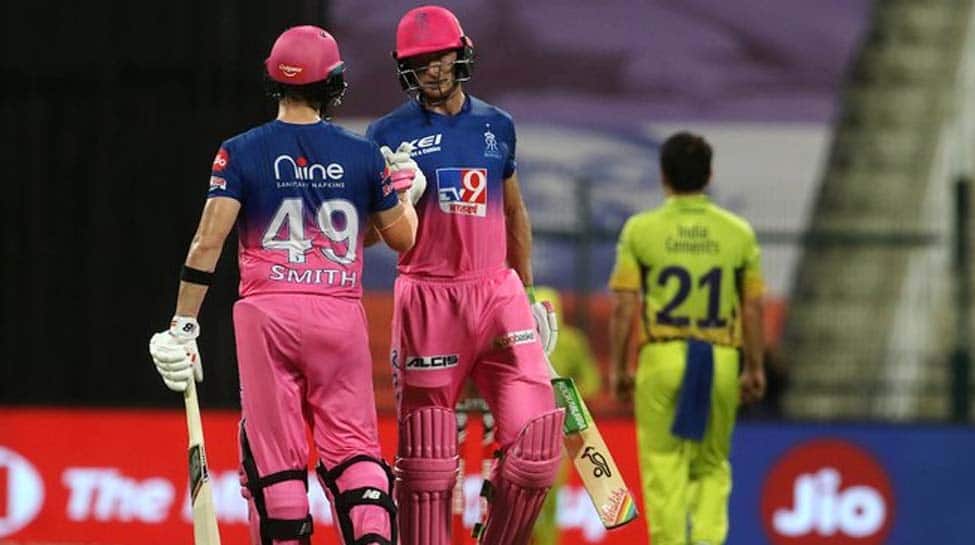