IPL 2020, RCB vs MI: Virat Kohli and Rohit Sharma will be expected to lead their sides from front.© BCCI

The high-voltage clash between Royal Challengers Bangalore (RCB) and defending champions Mumbai Indians (MI) will see some of the biggest stars of world cricket go face-to-face. RCB and Mumbai Indians are led by two superstars of Indian cricket Virat Kohli and Rohit Sharma, who will be looking to add two more points to their tally when they take field on Monday. Both teams have played two matches so far and have had had mixed bag of results, with a win and lose each. Mumbai Indians, considered as slow starters, lost their opening encounter against CSK but bounced back strongly as they beat two-time champions Kolkata Knight Riders (KKR) in their previous match. Virat Kohli’s side started their IPL 2020 on a high with a close win over SunRisers Hyderabad but hit the rock-bottom in their next game, suffering a humiliating 97-run defeat at the hands of Kings XI Punjab.

With winning momentum and head to head stats clearly in their favour, Mumbai Indians studded with some of the biggest stars of T20 cricket will be presenting a tough task for inconsistent RCB.

That said, RCB despite being underdogs have enough fire power up their ranks who can win matches single-handedly on a given day.

Virat Kohli: The biggest trump card in RCB’s star-studded batting line-up is their skipper Virat Kohli, who is yet to come to the party in this year’s IPL. Kohli, the most successful batsman in tournament’s history, hasn’t hit the ground running, and will be extra-motivated to break those shackles and score big runs for his team. In two matches this season, Kohli has only managed 15 runs.

On top of that he also missed two crucial catches in their last game against KXIP that cost them dear. Kohli loves to answer his critics with the bat, and if manages to score big facing the fiery bowling line-up of defending champions, it will help him send across a strong message.

AB de Villiers: The former South Africa star has been the only shining light in RCB’s batting line-up so far in the tournament. Despite that, his 79 runs from two matches are far from his own world-class standard and he would love to notch up a big score to make a strong statement.

He started the tournament on a high scoring a half-century (51 off 30 balls) against SunRisers Hyderabad. In the second match also, he got the start, scoring 28 off 18 balls, but couldn’t convert it into a big score as RCB suffered the biggest defeat so far in IPL 2020. Along with skipper Kohli, De Villiers will hold key if RCB are to bounce back from a disastrous outing against KXIP.

Yuzvendra Chahal: With four wickets from two matches, Chahal has started the tournament on a really bright note. He has bowled with great control in both the matches so far and would love to carry on the same momentum against one of his best pals Rohit Sharma, with whom he shares a great camaraderie.

Apart from picking wickets, Chahal has been very economical, conceding runs at an impressive economy of 5.37 runs per over. The onus of leading RCB’s bowling attack will once again be upon him.

Suryakumar Yadav: Apart from Rohit, Suryakumar Yadav was another highlight of Mumbai Indians batting as he scored 47 off 28 balls, before getting runout in their previous game vs KKR. If Quinton de Kock continues to flop opening the innings, Suryakumar will once again will have to play the anchor role and lay the foundation for a big total.

After an ordinary show against CSK in the opening match, Bumrah made a strong comeback against KKR, returning with figures of 2/32. He dismissed KKR’s two overseas recruits Eoin Morgan and Andre Russell, playing key role in Mumbai Indians’ comfortable win.

He will once again have the responsibility of keeping RCB’s explosive trio of Virat Kohli, AB de Villiers and Australia’s limited-overs skipper Aaron Finch under check. 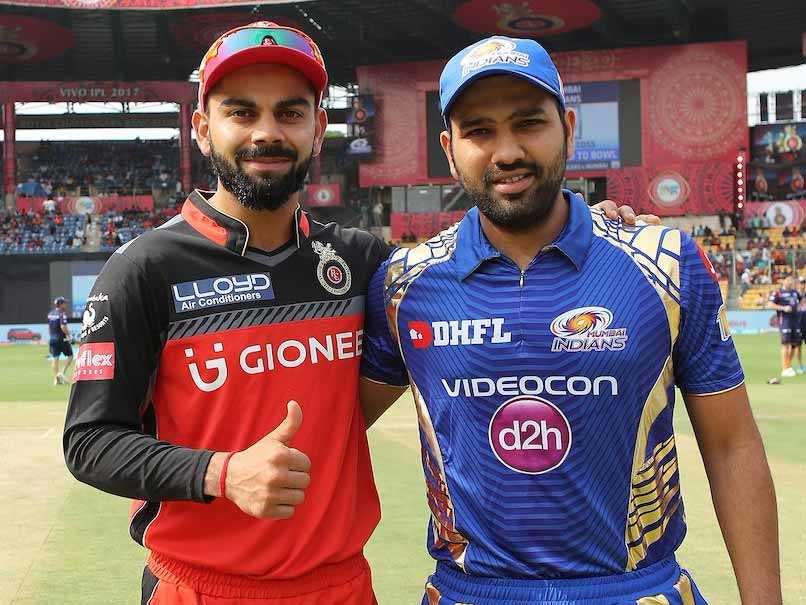