The more expensive smartphones get, the more important it is to get a sweet deal on your next phone. Luckily, Prime Day this year is closer than it is far away, and with it come many excellent discounts on great tech products – including phones.

We’ve rounded up the best smartphone deals from top brands like Samsung, LG, Google, and more from Prime Day of last year. We then updated the current prices of these phones at the time of writing, and added some thoughts on whether to leap now, wait for 2020, or set your eyes on something newer.

You can rest assured that most of these phones are truly excellent buys – we’ve been professional technology reviewers for nearly two decades collectively, and we’ve personally tested most of the below. 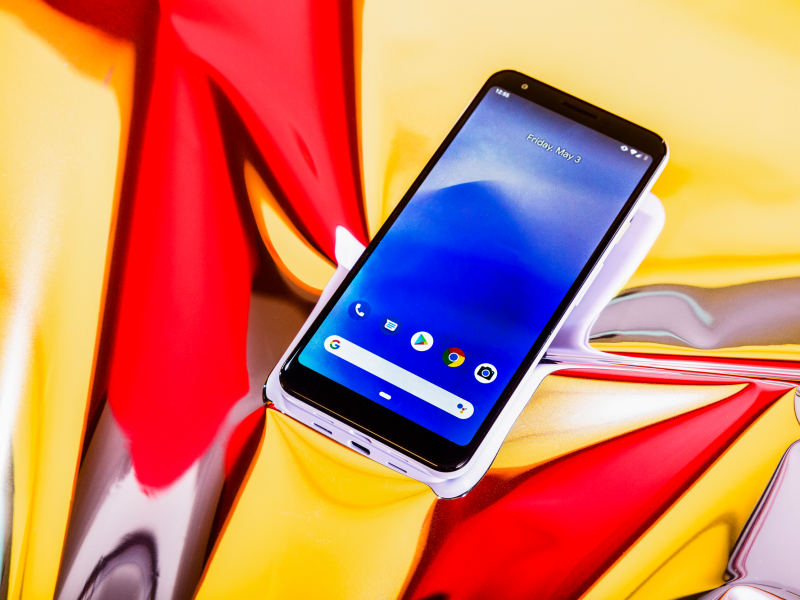 The Google Pixel 3a XL is a very affordable phone for Android fans who don’t need all the latest specs from the latest Pixel 4 XL. Although it’s quite a bit cheaper, Google did not skimp on the specs.

The Pixel 3a XL has the same excellent camera tech, making it one of the best shooters around. It also has all the latest Android features from Google. Last year’s deal wasn’t really a discount, with a $100 gift card, and now it’s even cheaper than list price, so you could save a cool 50 bucks at the time of writing. 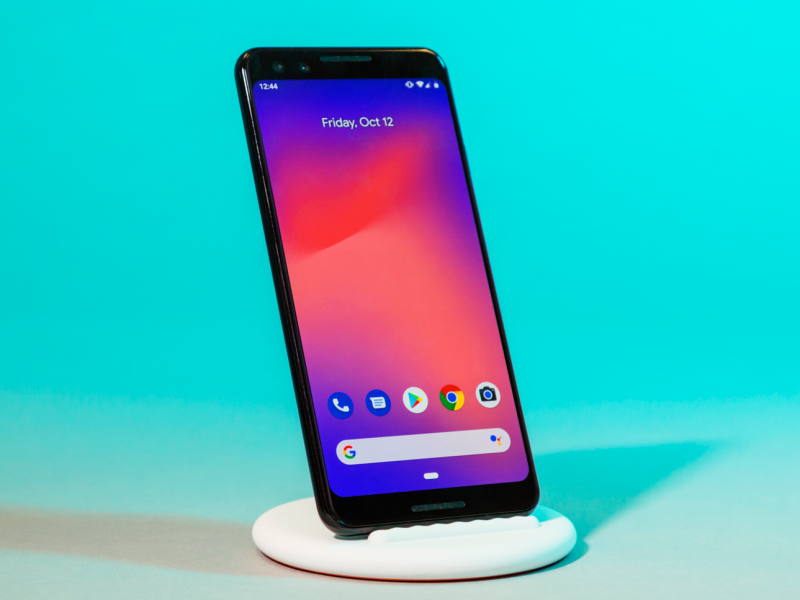 The Google Pixel 3 is the best smartphone for Android fans who want a clean user experience and all the best of Google. It’s smaller than the Pixel 3 XL, so it’s easy to hold. Although it has been succeeded by the Pixel 4, the Pixel 3 is still a great deal with this discount.

It’s got some of the best cameras in the smartphone world, a fast processor, and a sharp screen. It may not be as flashy and modern looking as the latest Galaxy phones, but the Pixel 3 is an excellent device. At the time of writing, the phone is now even cheaper than it was on sale for Prime Day last year, so now’s the time if you want to save. 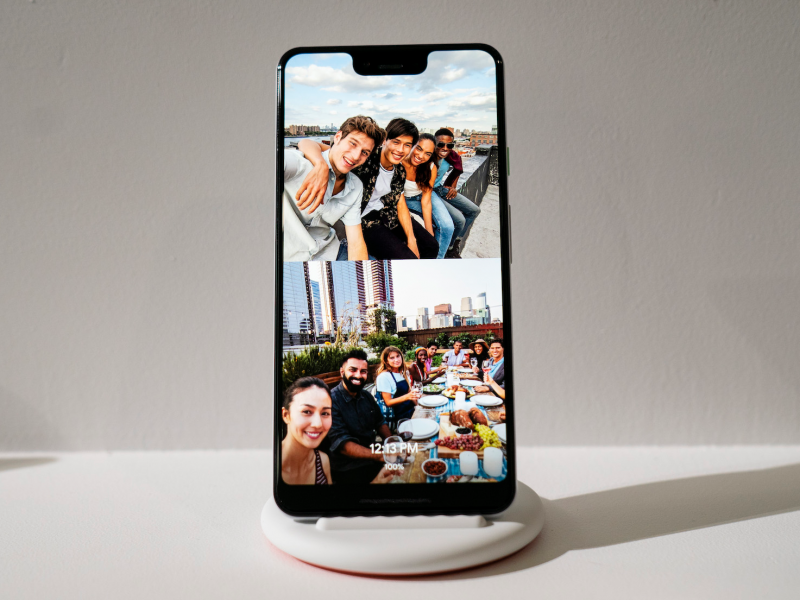 If you’re a big Google fan, the Google Pixel 3 XL remains a top smartphone you can currently buy. Although it has been replaced by the Pixel 4 XL, it is still an excellent phone and one we highly recommend – especially at this price.

It has one of the best cameras in the smartphone world, and many consider the shots taken on Pixel to be superior to the iPhone and Samsung’s Galaxy flagships. You also get pure Android software straight from Google that is much more secure and updated with more frequency than other Android phones. At the time of writing, this pho one is even cheaper than it was for Prime Day last year by another 70 bucks. 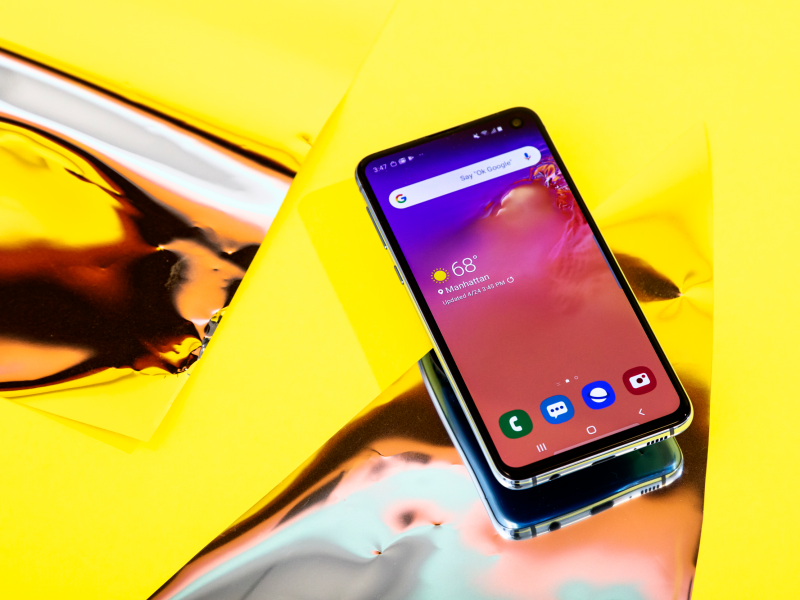 The Samsung Galaxy S10e is actually the best of the S10 phones, thanks to its great specs and remarkably low price tag. It even has the exact same great camera sensors as the S10, so you’re not missing out on much there (beyond the 2x zoom). Its processor is equally fast, too, and you get similar storage options.

Really, the biggest difference is the screen tech: The S10e does not have a curved screen and its bezels (the black borders around the screen) are a bit wider, however, there is still no notch, so you do get a big beautiful screen, even though it’s technically the smallest of the bunch at 5.8 inches. It doesn’t have the in-screen fingerprint sensor, either – that’s on the power button instead. Hold out for a better Prime Day 2020 deal on this one if you can. 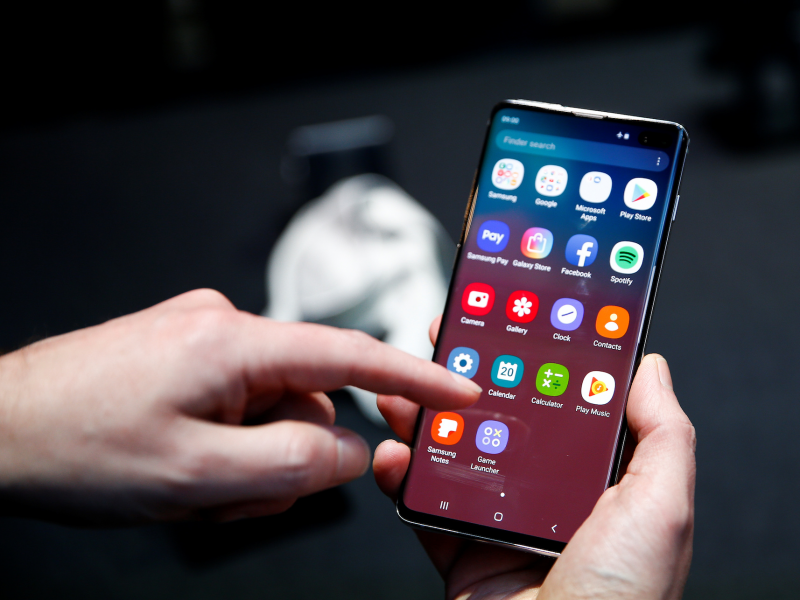 Samsung’s Galaxy S10 was the brand’s flagship smartphone for 2019. The phone was widely regarded to be one of, if not, the best smartphones you can buy. Its 6.1-inch screen is absolutely gorgeous, and it’s not interrupted by anything more than a tiny dot where the selfie camera is located.

The phone runs on a new speedy processor, has tons of storage space, and fantastic cameras. In fact, many reviewers say the S10 has the best cameras of any current phone except maybe the Google Pixel. For this price, you can’t do better. At this point, we think you’d be better off with the Galaxy S10e or taking the plunge on the newest S20 series.

If you love the S10, but you want an even bigger screen, the S10+ is a phone you’ll want. Its 6.4-inch screen is slightly bigger than the regular S10’s, and it’s just as beautiful if not more so given its larger size.

You get the same speedy processor and slick design, but with the addition of better battery life and a three-lens rear camera that can take normal, telephoto, and ultra-wide photos. We say that this is the same situation as above. 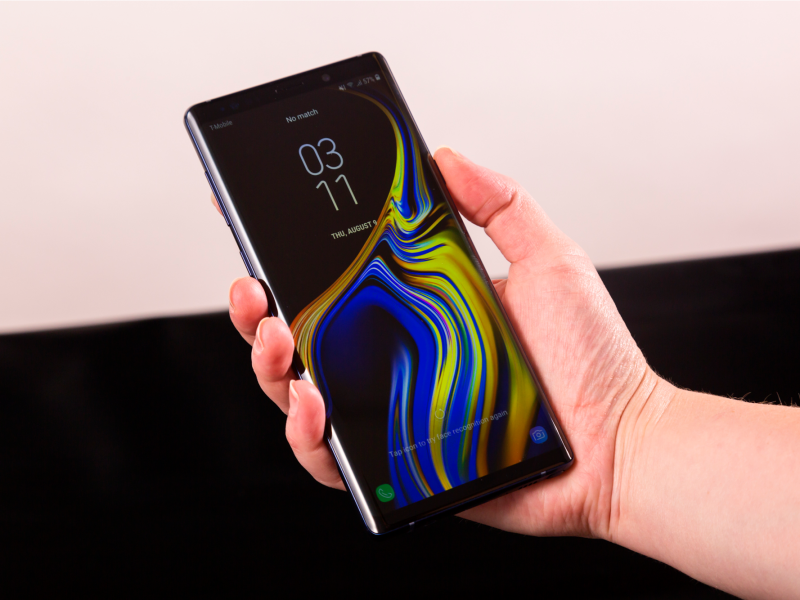 Even though Samsung’s Galaxy Note 9 is more than a year old now and has long been replaced by the Note 10, it’s still a fine large phone. It has a massive 6.4-inch screen that is notch-free, so nothing mars the big screen. The cameras are excellent, and the S-Pen stylus is better than ever, so those of you who like to draw, take notes, and use the S-Pen for other important things will be very happy with this phone.

The Note 9 has a whopping 128GB of storage built in and you can expand it even further with a mircoSD card. Its processor is zippy and fast, it holds a charge much longer than most other flagship phones, and it can juice up wirelessly. The cameras take excellent photos as well. Definitely hold off on this one, as there’s no deal right now and likely will be one for Prime Day 2020. 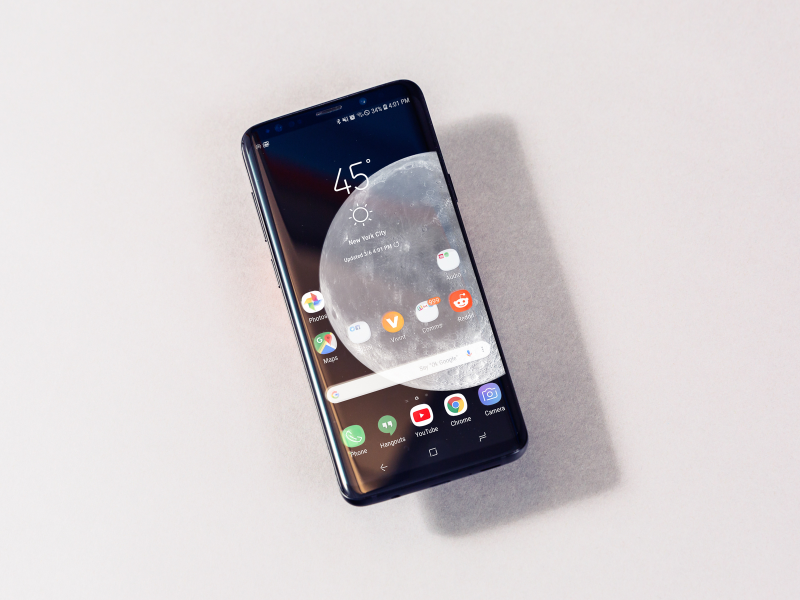 Even though the Galaxy S9 was Samsung’s 2018 flagship phone and it’s been replaced by the S10 and the S20, it’s still an excellent buy – especially for this price. The 5.8-inch screen is absolutely gorgeous and it doesn’t have a notch, so if those notches infuriate you, you’ll like the S9’s lovely screen. It’s also waterproof.

Tech reviewer after tech reviewer has taken excellent photos with the S9’s cameras. The processor is speedy, it has solid battery life, and you can even expand the storage with a MicroSD card – what’s not to love? Well, this price, frankly. We suggest holding off on this one for a better deal, or just opting for the Galaxy S10e, which is the same price at the time of writing. 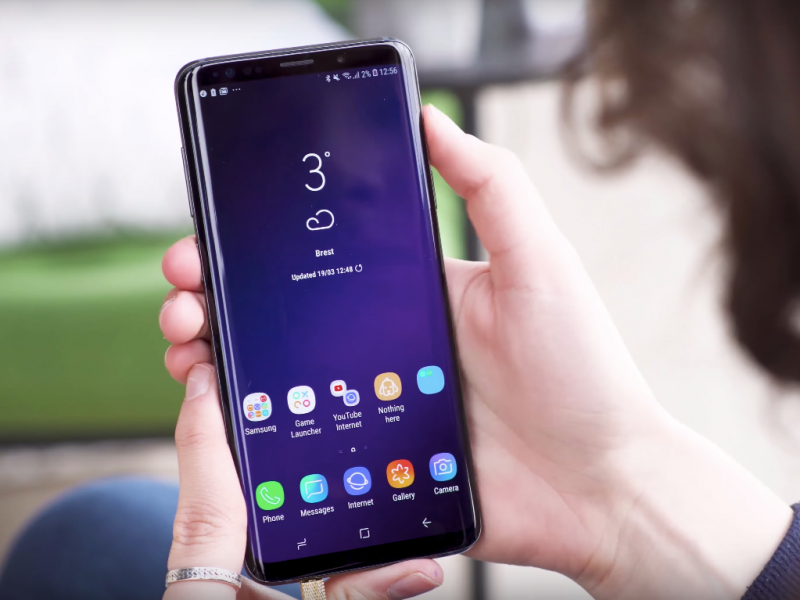 The Galaxy S9+ is the larger version of the S9, and it too is a great deal for this price even though it’s older. It has a 6.2-inch screen that’s super sharp and doesn’t have a notch, so you have more screen real estate. The processor is still fast, the battery lasts longer than the regular S9’s, and it has excellent cameras.

If you prefer big phones but do not want the Note with its stylus, the S9+ is a fine choice. However, the phone is now costing more than $100 than it did for Prime Day last year, so we’d suggest holding out for a better deal or moving on. 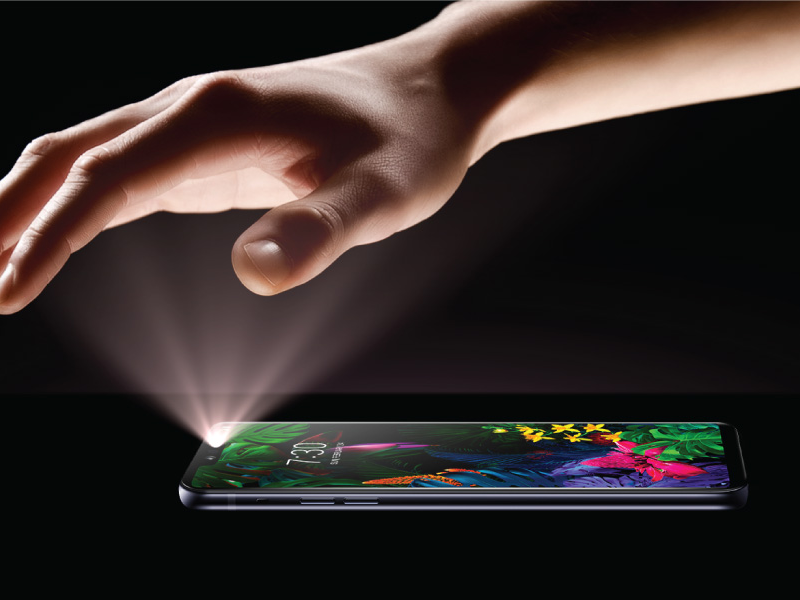 Like most recent flagship phones, the LG G8 has a full, nearly bezel-free screen with a sharp Quad HD resolution. It’s also powered by a zippy Qualcomm Snapdragon processor and 6GB of RAM. There are two cameras on the back and one on the front, all of which take great shots.

This version of the phone comes with a few pre-installed Amazon apps, including Amazon Shopping, Amazon Music, Audible, and Amazon Alexa. If you don’t need or want those apps, you can delete them when you set up the phone. Even though you do get some bloatware on this version of the G8, it’s a sweet buy for this price – even after Prime Day of last year. 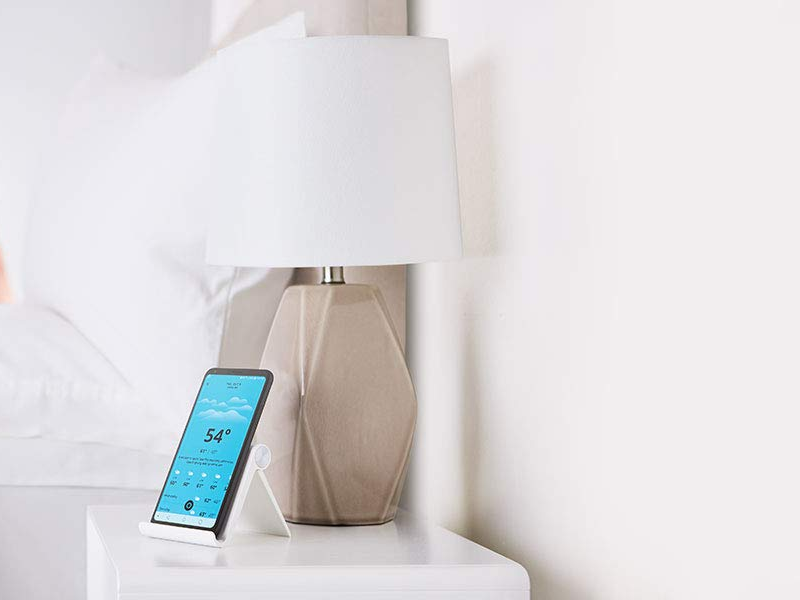 LG’s V35 ThinQ has many of the same specs as the LG G8, but with a slightly less powerful processor and a different set of dual cameras on the back. It’s also a fairly high-powered phone, though it isn’t as new.

Like the G8 mentioned above, the V35 ThinQ comes with a few Amazon apps pre-installed, as it’s a Prime Exclusive phone. Unfortunately, there is no deal for this phone right now, so we’d suggest looking elsewhere unless you really love the LG brand for whatever reason. 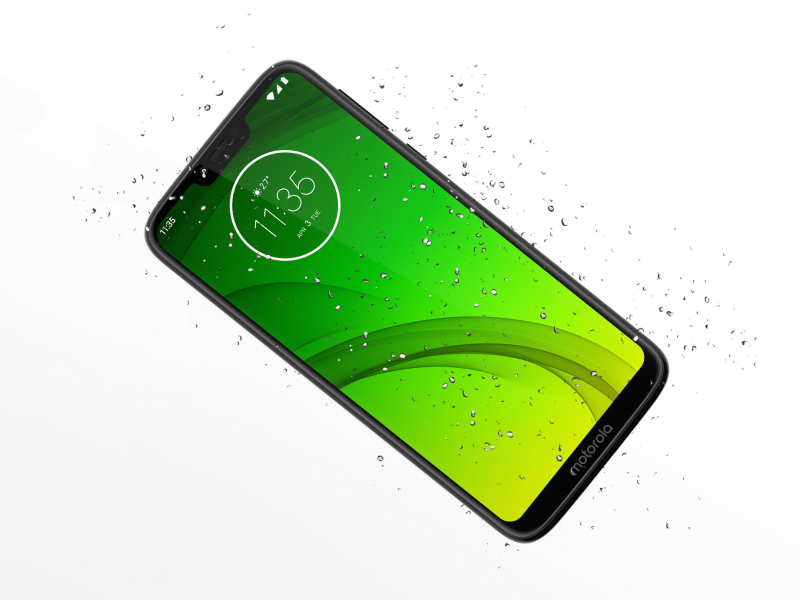 The Moto G7 Power is one of the latest budget phones from Motorola (which is owned by Lenovo). It has a large 6.2-inch HD screen, a 12-megapixel rear camera, and an 8-megapixel front-facing camera.

It’s certainly not the most high-powered phone you can buy, but for less than $200, it was a decent deal. Will we see an even cheaper price on the phone for Prime Day 2020? Here’s to hoping. 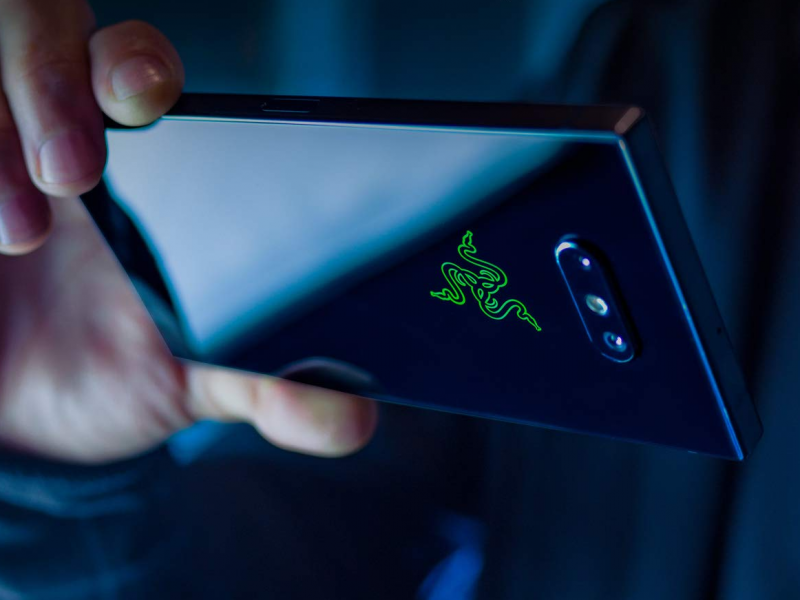 The Razer Phone 2 is powered by the Qualcomm Snapdragon 845 and 8GB of RAM, making it a high-powered phone. Its 5.72-inch screen has a 120Hz refresh rate, so gamers shouldn’t experience any stuttering or missed frames.

The phone also charges wirelessly and should have plenty of storage for mobile games and more, thanks to its 64GB capacity and MicroSD card slot for expanding the storage. The Razer Phone 2 also has dual front-facing speakers so you can get more immersed in your game. Normally, we wouldn’t recommend this phone because there are so many other great options, but at half off, it was a crazy deal. Sadly, it’s out of stock at the time of writing, so we currently have no deal to compare. We’d imagine that Razer would come back with a similar offer during Prime Day 2020. 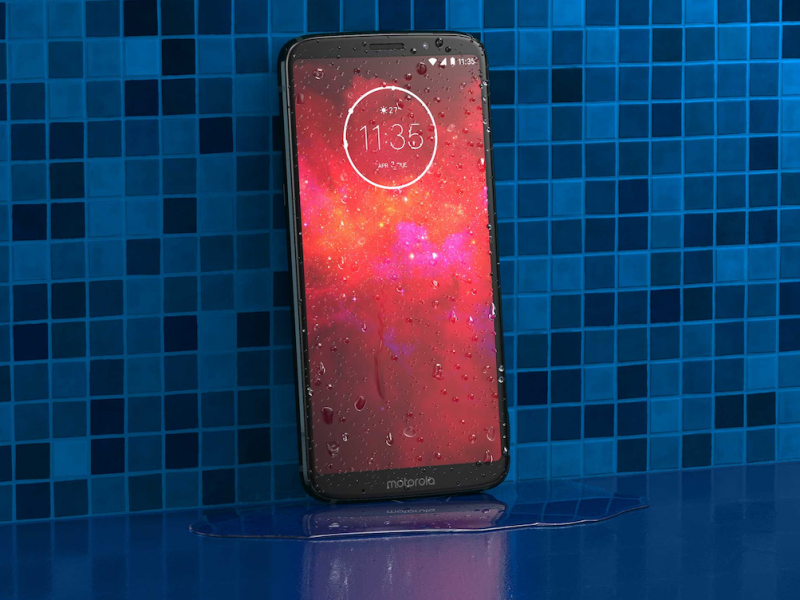 If you want a budget phone that’s more mid-range than low-end, the Moto Z3 Play is a decent option – especially at its sale price, which rings in under $300. For that price, you get a 6-inch full HD screen, a mid-range Qualcomm Snapdragon chip, and the possibility of adding Moto Mods like speaker and battery attachments.

The phone also has a good camera setup with 12- and 5- megapixel sensors on the back and an 8-megapixel front-facing camera. Moto’s Z3 Play is even cheaper now than it was on Prime Day last year, so now is a better time than ever to buy if you need a cheap smartphone. France’s Macron: Expect to live with virus at least till mid-2021

Mehbooba Mufti hails India when in power, swears by Pakistan once out: Union minister Jitendra Singh

France’s Macron: Expect to live with virus at least till mid-2021

Mehbooba Mufti hails India when in power, swears by Pakistan once...