Joining the Dots is a weekly column by author and journalist Samrat in which he connects events to ideas, often through analysis, but occasionally through satire

The recent interrogation of Arnab Goswami by the Mumbai Police in connection with a case filed in Nagpur accusing him of attempting to incite communal violence during a televised rant against Sonia Gandhi seems to have attracted more attention than his show itself. On his TV debates, Goswami has long been known for a loud, hectoring approach, which has made him extremely popular because it seems that many viewers are interested not in balanced, impartial journalism but in the staples of Bollywood movies — a good yarn with emotion, drama and excitement.

Goswami’s influence on Indian television news has been immense. All across the country, there are now channels in multiple languages where screaming anchors present as news whatever view the channel’s owners lean towards.

Television is an expensive business and without revenue, a channel is doomed. However, the catch-22 is that when drama, emotion and excitement substitute for actual news on these channels, journalism is dead anyway. Such content should rightly be categorised as “infotainment”, and the showmen and women at their helm may be referred to simply as “anchors”, without plonking them incorrectly in the category of journalists. Journalism implies an attempt at discovering facts. Truth is a big word. Fact is smaller, but it is still hard to get to. There is a presumption of objectivity – that what is a fact to you, is also a fact to me – which is where all the arguments begin. We are all enveloped in the subjectivities of our lives. Objectivity may thus be impossible to attain, but a measure of fairness and impartiality is possible. What has happened in the case of a lot of journalism in recent years is that the attempt itself has been done away with. Arguments in favour of “taking a position” and “taking a side” were made by a Left brought up on postmodern ideas of the absence of objective reality, and adopted and weaponised by the Right, with the consequence that today, the line between fact and fiction has blurred, even in the case of news.

People no longer know, and oftentimes no longer care, what is fact and what is fiction. “Fake news” and “alternative facts” are being produced and consumed in industrial quantities everywhere. All major political parties have their own fake news factories which generate content to show their party in good light, and their opponents in bad light. Governments have gotten in on the act too — recall the Russian “influence operations”, confirmed earlier this month by the United States Senate’s Intelligence Committee, that contributed to Donald Trump’s victory in the last US elections.

The target of each one of those operations, whether conducted by a political party or a government, is manipulating the emotions of the average viewer or reader. Coupled with the rise of social media, the collapse of traditional business models in journalism makes ordinary folks everywhere easy targets of such operations. People have got used to getting news for free. They are often unaware of the new internet jungle saying, “if you’re not paying for it, you’re not the customer, you’re the product”. Personal data and their minds and emotions are the “products” that people are giving away in exchange for what appears to be free news.

There is, however, a glimmer of light at the end of the tunnel. The boldest journalism in the present situation, where financial pressures from advertisers including governments often forces big media to avoid ruffling feathers, has come from small digital media start-ups. Their growth is hampered by the absence of a business model in the world of free news. A technical solution to the problem is awaited. Processing micropayments in a painless and seamless way might rescue journalism, because people may be willing to shell out tiny amounts for each article they read, which would make quality digital journalism financially viable and widely accessible.

Until such a time arrives, it might seem that a crackdown on fake news is much to be desired. That could be a mistake.

The problem with any government crackdown on fake news is that it would first need to define what is real news. Governments like to define the official version of events as real news. So, anything that disagrees with the official version becomes fake. Imagine a situation where a journalist files a report on a corruption scam. At the moment of filing the first report, the full facts of the matter would not be out in the public domain. If at that point, the government of the day calls the report fake news and arrests the journalist for spreading it… well, that wouldn’t leave a very free press, would it?

We seem currently to be heading towards exactly such a situation in India. The Uttar Pradesh government has arrested journalists for pointing out flaws, and sent the police after senior editor Siddharth Varadarajan. A slew of journalists in Kashmir have of late been called to police stations for interrogations and slapped with FIRs for their reports. In Northeast India, at least two journalists have been summoned to police stations within the past month. In the Andamans, a journalist was locked up by police for a tweet asking why people were being quarantined for calling Covid patients on the phone.

The crackdown is not limited to journalists alone. A recent report by Makepeace Sitlhou in Article 14 mentions that in Manipur, a Facebook post by a local teacher asking about the constituency’s MLA was met with a case for sedition and waging war against the state. Five others, including a minor, who had liked or commented on this post were charged with sedition.

The cases against Goswami have to be viewed against this backdrop. As a viewer and a journalist, I have no doubt that his shows have long been high on showmanship and low on journalism. However, as the Press Council of India rightly pointed out, in response to the alleged attack on Goswami, “violence is not the answer, even against bad journalism”. The council also said, “Every citizen in the country, including a journalist, has the right to express their opinion which may not be palatable to many but this does not give anybody the authority to strangulate such a voice.”

The caveat is that such opinions should stop short of incitement to violence. Goswami should be free to express “unpalatable opinions” provided he doesn’t tip over into hate speech. The same goes for Varadarajan, the Kashmiri journalists, the teacher in Manipur who was arrested for his innocuous Facebook post, the Andaman journalist, and all the other people around the country who are today bearing the brunt of people in positions of power cracking down on news, opinions and even simple, logical questions.

We’re all in this together. Either everyone has freedom of speech and expression, or no one does. 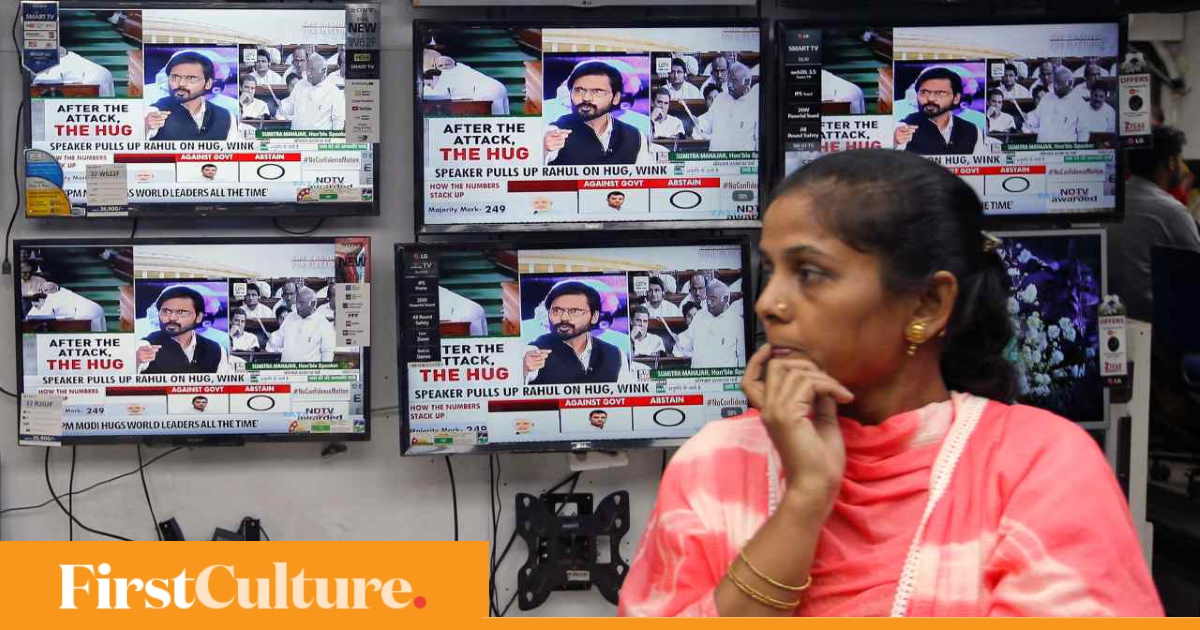