MEXICO CITY (Reuters) – Mexican President Andres Manuel Lopez Obrador on Tuesday set out plans to vaccinate the country’s population and said the government hoped to inoculate the country’s elderly by the end of March.

So far, the country has administered jabs to about 44,000 healthcare workers using Pfizer’s COVID-19 vaccine, the only one available in the country so far, but authorities hope to ramp up vaccinations in coming weeks.

Vaccinating all “senior citizens” by the end of March would be a huge logistical challenge in a nation of 127 million people with shoddy medical services in vast rural areas.

“We are going to start at the bottom, where the most marginalized people live,” Lopez Obrador told his daily morning news conference.

Mexico expects to receive 1.4 million Pfizer vaccines that require two doses per person by the end of January, which should be enough to vaccinate most of the 750,000 frontline healthcare workers who are at the front of the queue.

Lopez Obrador said the plan to vaccinate older adults in remote areas will rely on vaccines from Chinese company CanSino Biologics, in part because it requires a single shot and is easy to store. Pfizer’s vaccine needs to be kept in special ultra-cold freezers.

Mexico has sought to order 35 million CanSino vaccines, with about 8 million arriving by March, officials say, though Mexico’s regulator has yet to approve its use.

Mexico’s vaccination drive would be carried out in 10,000 community centres serving small and remote towns and focusing on adults above 60 years of age. Medium sized towns and large cities would follow, Lopez Obrador said.

More than 127,000 people have died from COVID-19 in Mexico, which has the world’s fourth highest death toll.

Mexico has several vaccine agreements, including with AstraZeneca and the World Health Organization-backed COVAX scheme set up to deliver vaccines to developing countries. 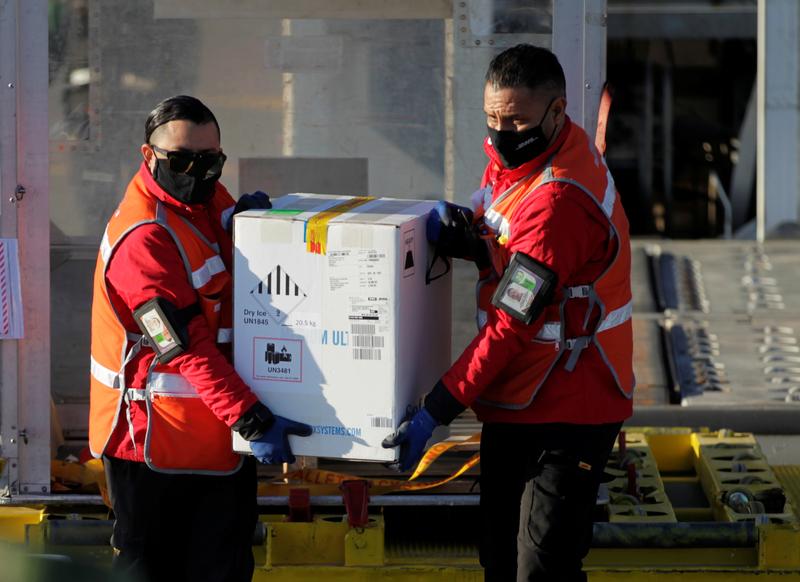