This is the latest friction point between the two armies ever since the standoff began early May. (AP file photo)

Tensions soared in Ladakh after the Indian Army announced Monday that it had taken “measures to strengthen our positions and thwart Chinese intentions” to change the status quo on the south bank of Pangong Tso.

This is the latest friction point between the two armies ever since the standoff began in early May. Until now, troops were facing off on the north bank of Pangong Tso where the Chinese have not disengaged after coming in 8 km west of Finger 8 which India says marks the LAC.

In a statement on the south bank incident, the Army said: “On the Night of 29/30 August 2020, PLA troops violated the previous consensus arrived at during military and diplomatic engagements during the ongoing standoff in Eastern Ladakh and carried out provocative military movements to change the status quo.”

“Indian troops pre-empted this PLA activity on the Southern Bank of Pangong Tso Lake, undertook measures to strengthen our positions and thwart Chinese intentions to unilaterally change facts on ground. The Indian Army is committed to maintaining peace and tranquillity through dialogue, but is also equally determined to protect its territorial integrity. A Brigade Commander level Flag Meeting is in progress at Chushul to resolve the issues,” the Indian Army said.

The meeting, sources said, was “stormy” though both commanders agreed to continue the talks on Tuesday. The talks were held after a flurry of calls on the military hotline between the two sides on Sunday, sources said.

Sources said there was “no contact, no scuffle, and no engagement” between troops on the two sides.

Details of what exactly transpired are sketchy, but sources said Indian troops had moved in to occupy dominating heights on its side of the LAC on the intervening night of Saturday and Sunday on the south bank of Pangong Tso, after ISR (intelligence, surveillance and reconnaissance) reports suggested a PLA move to occupy the same areas.

These heights are also claimed by the Chinese, as lying on their side of the LAC.

Indian troops, sources said, have positioned themselves at a more advantageous location to prevent Chinese troops from coming in. The area, east of Thakung base, has always been under Indian control and is west of the Indian perception of the LAC, the sources said.

The area has seen few transgressions by PLA troops even earlier, primarily because the area is heavily defended by Indian troops deployed at posts close to the LAC. This is unlike the northern bank where the contentious area was not occupied by the Indian side but was only patrolled. Sources said a new attempt by the Chinese to push towards Finger 3 has also been repulsed by the Indian Army.

The LAC on the south bank, according to India, passes through a place called LAC Point, which is backed by a company operating base at Thakung, slightly to the west of LAC Point. The Chinese contend that LAC passes a further 8 km to the west, mirroring the northern bank of Pangong Tso.

In Beijing, responding to questions, Chinese Foreign Ministry spokesperson Zhao Lijian said Chinese border troops have always strictly observed the LAC and have never crossed the line. The border troops of the two countries, he said, have been in communication over territory issues.

The area of the new standoff is near Black Top, a ridge on the south bank of Pangong Tso. It is approximately 25 km east of Chushul.

Sources said more than 200 PLA troops are massed on the Black Top heights. Black Top is a Chinese observation post, and for PLA troops to gather there in such numbers is unprecedented, sources said. There are intelligence inputs of tanks and artillery guns also near Black Top.

Sources in the Army said that in the “early part of Saturday night, Army noticed some activity on China side” and saw they were “moving a body of troops attempting to change the status quo, deploying troops in a previously undeployed area”. The Army responded by sending “adequate forces” and “pre-empted” the Chinese troops “to foreclose any option” to “change the facts on the ground”.

The standoff began in early May after a scuffle between Indian and Chinese troops on the north bank of Pangong Tso. Chinese troops continue to hold the ridgeline of the Finger 4 spur and have been strengthening their positions between Finger 5 and Finger 8. Other than the Pangong Tso area, the Chinese have also not disengaged completely in the Gogra sector as well.

In Depsang Plains, the Chinese troops have blocked Indian troops at an area known as the Bottleneck, 18 km west of the LAC. China is not allowing Indian troops access to five patrolling points in the area.

India has been demanding status quo ante – of troops on both sides returning to their April locations. 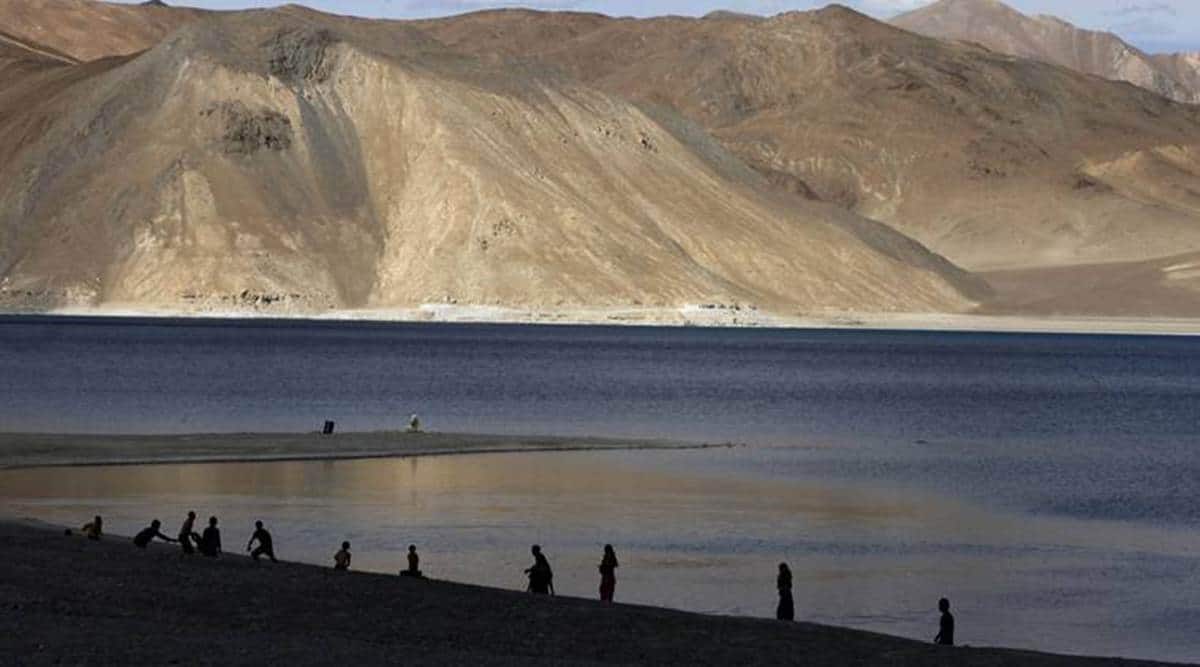 Microphones to be muted during next presidential debate

Microphones to be muted during next presidential debate