New York: The story of India’s crackdown on Kashmir last August was difficult to show to the world. The unprecedented lockdown included a sweeping curfew and shutdowns of phone and internet service.

But Associated Press photographers Dar Yasin, Mukhtar Khan and Channi Anand found ways to let outsiders see what was happening. Now, their work has been honoured with the 2020 Pulitzer Prize in feature photography. Flames and smoke billow from a residential building where militants are suspected to have taken refuge during a gun battle in Pulwama, south of Srinagar, Indian controlled Kashmir, Feb. 18, 2019. The image was part of a series of photographs by Associated Press photographers which won the 2020 Pulitzer Prize for Feature Photography. Image via The Associated Press/ Dar Yasin

Snaking around roadblocks, sometimes taking cover in strangers’ homes and hiding cameras in vegetable bags, the three photographers captured images of protests, police and paramilitary action and daily life — and then headed to an airport to persuade travellers to carry the photo files out with them and get them to the AP’s office in New Delhi.

“It was always cat-and-mouse,” Yasin recalled Monday. “These things made us more determined than ever to never be silenced.”

Yasin and Khan are based in Srinagar, Kashmir’s largest city, while Anand is based in the neighbouring Jammu district.

“I was shocked and could not believe it,” he said, calling the prize-winning photos a continuation of the work he’s been doing for 20 years with the AP.

“This honour continues AP’s great tradition of award-winning photography,” said AP President and CEO Gary Pruitt. “Thanks to the team inside Kashmir, the world was able to witness a dramatic escalation of the long struggle over the region’s independence. Their work was important and superb.” 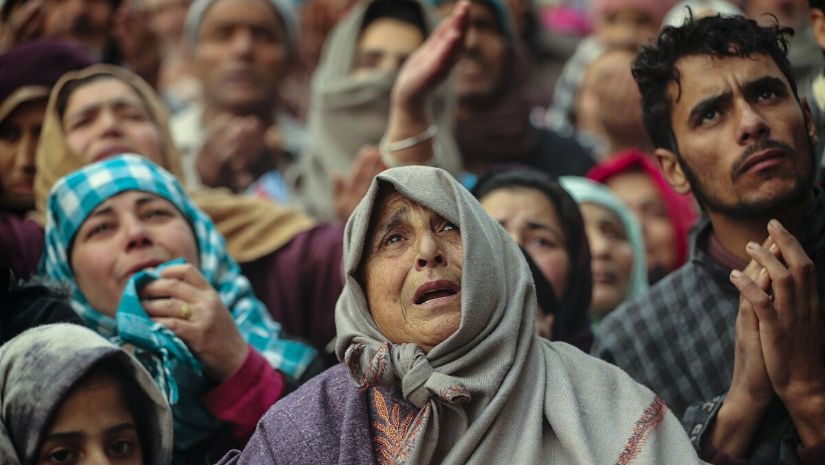 Kashmiri Muslim devotees offer prayer outside the shrine of Sufi saint Sheikh Syed Abdul Qadir Jeelani in Srinagar, Indian controlled Kashmir, 9 December, 2019. Hundreds of devotees gathered at the shrine for the 11-day festival that marks the death anniversary of the Sufi saint. The image was part of a series of photographs by Associated Press photographers which won the 2020 Pulitzer Prize for Feature Photography. Image via The Associated Press/ Mukhtar Khan

In a year when protests arose across the globe, AP photographers Dieu Nalio Chery and Rebecca Blackwell were Pulitzer finalists for the breaking news photography award for their coverage of violent clashes between police and anti-government demonstrators in Haiti.

Bullet fragments hit Chery in the jaw while he documented the unrest. He kept taking pictures, including images of the fragments that hit him.

“All five of these photographers made remarkable, stunning images despite dangerous and challenging conditions, sometimes at great personal risk,” said AP Director of Photography David Ake. “Their dedication to getting up every morning and going out to tell the story is a testament to their tenacity. The result of their work is compelling photojournalism that grabbed the world’s attention.”

AP Executive Editor Sally Buzbee called the Kashmir prize “a testament to the skill, bravery, ingenuity and teamwork of Dar, Mukhtar, Channi and their colleagues” and lauded Chery’s and Blackwell’s “brave and arresting work” in Haiti while many journalism outlets were focused elsewhere.

“At a time when AP’s journalism is of more value than ever to the world, these journalists’ courage and compelling storytelling show the absolute best of what we do,” Buzbee said.

The honor for the photographers is the AP’s 54th Pulitzer Prize. The news cooperative last won a Pulitzer last year for stories, photos and video on the conflict in Yemen and the ensuing humanitarian crisis.

Conflict has flared for decades in Kashmir, a Muslim-majority Himalayan area that is divided between India and Pakistan and claimed by both. An elderly Kashmiri man sits outside a closed market during a strike in Srinagar, Indian controlled Kashmir, Feb. 17, 2019. The image was part of a series of photographs by Associated Press photographers which won the 2020 Pulitzer Prize for Feature Photography. Image via The Associated Press/ Dar Yasin

India poured more troops into the already heavily militarised area, imposed a curfew and harsh curbs on civil rights, laced the area with razor-wire roadblocks, and cut off internet, cellphone, landline and cable TV service in the region.

India said the moves were needed to forestall protests and attacks by rebels seeking independence or Pakistani control for the region. Thousands of people were arrested.

With communications shut down, AP journalists had to find out about protests and other news by finding them in person. Khan and Yasin took turns roving the streets in and around the regional capital of Srinagar, Yasin said, facing mistrust from both protesters and troops. The journalists were unable for days to go home or even let their families know they were OK.

“It was very hard,” Khan said, but “we managed to file pictures.”

After spotting luggage-toting people walking toward the airport, he said, the photographers decided to ask travellers to serve as couriers. Yasin also recalled how a relative of his, who was also a photojournalist, had told him about delivering film to New Delhi in person as the conflict in Kashmir raged in the 1990s.

So the AP photographers went to the Srinagar airport and sought out strangers willing to carry memory cards and flash drives to New Delhi and call AP after landing in the Indian capital.

Some flyers declined, fearing trouble with the authorities, Yasin said. But others said yes and followed through. Most of the memory cards and drives arrived.

Yasin says their prize-winning work has both professional and personal meaning to him.

“It’s not the story of the people I am shooting, only, but it’s my story,” he said. “It’s a great honor to be in the list of Pulitzer winners and to share my story with the world.” 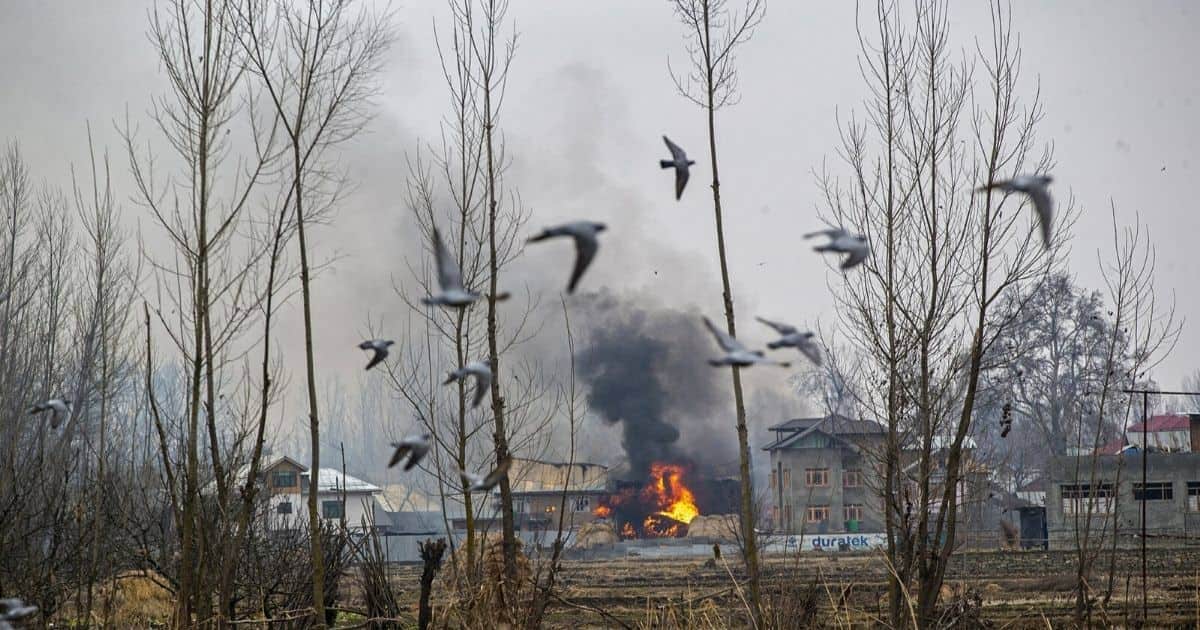 iPhone 12 supports 2x faster wireless charging, but only with MagSafe...