40 CRPF personnel were killed in the 2019 Pulwama attack. (File photo)

The Ministry of External Affairs (MEA) Thursday said that Pakistan continues to evade responsibility despite India sharing enough evidence with Islamabad on the perpetrators of the Pulwama terror attack.

The MEA statement comes two days after the National Investigation Agency (NIA) filed a chargesheet against Pakistan-based chief of the banned Jaish-e-Mohammad outfit, Moulana Masood Azhar, and 19 others for planning and carrying out a suicide attack on a CRPF convoy, killing 40 paramilitary personnel in South Kashmir’s Pulwama district in 2019.

“Pulwama attack chargesheet was filed after probe of a year and a half. It has been filed to address the act of terrorism and to bring perpetrators of the heinous crime to justice. Our aim is not to simply issue statements or notifications,” MEA spokesperson Anurag Srivastava said in a press briefing.

On Pakistan stepping back from its acknowledgment of the presence of terrorist Dawood Ibrahim on its soil, the MEA said “Pakistan must ensure that listed individuals are prosecuted.”

Dawood, one of the most wanted men in India, figured in a list of 88 individuals published as a Statutory Regulatory Order (SRO) by Pakistan’s Ministry of Foreign Affairs to escape blacklisting by the Financial Action Task Force (FATF).

Sources said the NIA solved the “blind case” after joining together the electronic evidence, besides statements of terrorists and their sympathisers arrested in different cases from time to time.

The accused named in the over 13,000 page chargesheet include people arrested from Pulwama for providing logistics, including shelter and shooting the last video of the suicide bomber Adil Dar, who rammed the nearly 200 kgs explosive laden vehicle into the CRPF convoy on February 14 last year at Lethpora Pulwama.

According to the chargesheet, JeM operatives who infiltrated into India and planned and executed the attack wanted the strike to precipitate a war between India and Pakistan.

Nephew of JeM chief Masood Azhar, Umer Farooq was the main planner of the Pulwama attack, according to NIA. He and four others had crossed over to India using a tunnel in Jammu’s Samba sector, and NIA sources said he carried more than 10 kg RDX, later used in the Pulwama attack. 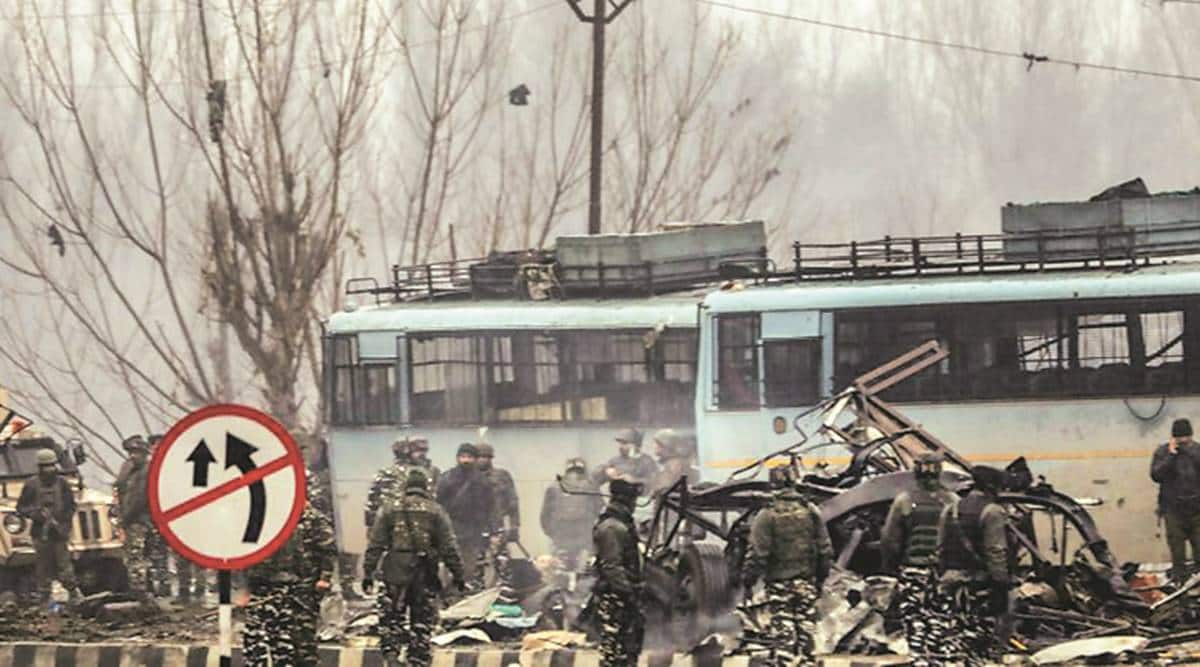