Shreyas Iyer-led Delhi Capitals will square off with Steve Smith’s Rajasthan Royals on Match 23 of the 13th season of the Indian Premier League (IPL) at the Sharjah Cricket Stadium on Friday.

Delhi Capitals have made a good start to their IPL 2020 camapaign as they have sealed four wins from their first five matches to stand at the second position.

Rajasthan, on the other hand, are languishing down at the seventh spot in the eight-point table with just two victories from five matches.

The Shreyas Iyer-led team kicked off their campaign with back-to-back wins against Kings XI Punjab (Super Over win) and Chennai Super Kings (by 44 runs). However, the franchise slumped to a 15-run defeat at the hands of Sunrisers Hyderabad in their third fixture.DC then rebounded strongly to once again register two victories in a row against Kolkata Knight Riders (by 18 runs) and Royal Challengers Bangalore (by 59 runs).

Rajasthan too started the tournament with back-to-back triumphs against CSK (by 16 runs) and KXIP (by 4 wickets) before they failed to capitalise on the same and suffered three consecutive defeats- against KKR, RCB and Mumbai Indians.

Both of the Steve Smith-led side’s victories came at Sharjah and they will be keen to notch up another win in their third and final match at the venue in order to keep their hopes of making it to the play-offs alive.

Australian all-rounder Marcus Stoinis has impressed with the bat for the Delhi Capitals and he will be keen to once again hurt his opponents in the death overs. Meanwhile, the likes of skipper Shreyas Iyer, wicketkeeper-batsman Rishabh Pant and batsman Prithvi Shaw have all contributed for the side.

Opener Shikhar Dhawan’s form is the only concern for the Capitals, while Anrich Nortje is one of the top performers with the ball in the ongoing edition.

For Rajasthan Royals, the top-order has been a serious concern in their previous three fixtures. Sanju Samson is yet to score big for the Rajasthan-based franchise, while Jos Buttler has returned to the form in the side’s previous fixture with 44-ball 70.

As far as bowlers are concerned, except for Jofra Archer, none of the other players have shown consistency with the ball.

Talking about the head-to-head record between the two sides, Rajasthan Royals hold a slight advantage over the Delhi-based franchise heading into the clash.

The two sides have met each other in a total of 23 matches, with the Rajasthan franchise clinching wins on 11 occasions while Delhi sealing victories in nine games.

Despite the same, the Delhi Capitals are favourites to win the clash against the Steve Smith-led side considering their current form.

The two squads are as follows:

The match will kickstart at 7.30 p.m IST and will take place in the absence of fans amid COVID-19 pandemic. The clash will be telecast on Star Sports Network, while the live streaming of the matches will also be available on Star’s streaming application Hotstar. 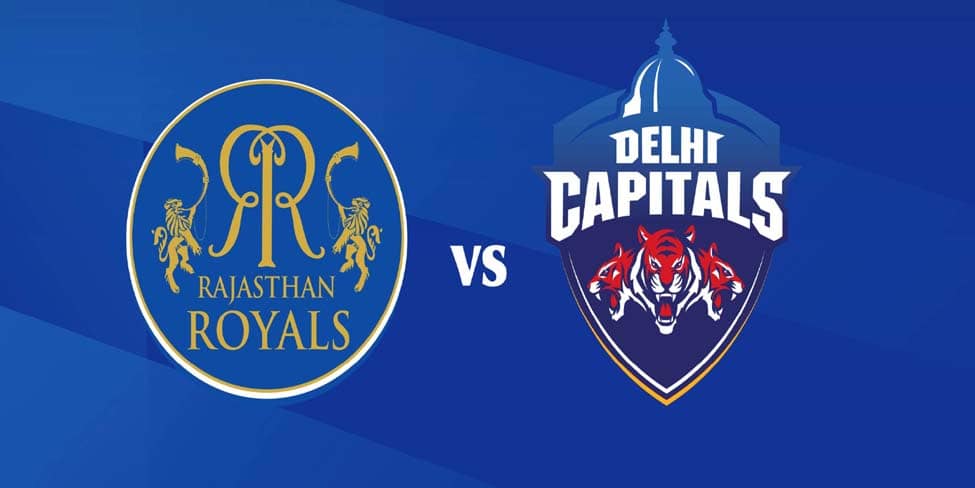