Seems the Xiaomi and arch rival Realme are back to trolling each other on Twitter. Latest Salvo comes from Realms CEO Madhav Sheth. In a tweet, Sheth seems to have taken potshot at Xiaomi’s latest flagship smartphone Mi 10.

– No heating while charging

See you in Madrid on 24th Feb,” says the tweet. Sheth is referring to Realme’s upcoming flagship phone Realme X50 Pro 5G that is reported to come with 65W fast-charging tech.

Realme was initially set to launch X50 Pro 5G at Mobile World Congress in Barcelona, Spain. However, post MWC’s cancellation due to coronavirus the company will now be launching the phone in Madrid on February 24.

Earlier this week, Xiaomi launched its flagship smartphone Mi 10 which runs on Snapdragon 865 SOC and comes with 50W fast charging. Initially, there were speculations that Mi 10 will come with 65W charging.

Xiaomi and Realme have been at war of words for weeks now. Early in January, Xiaomi global VP and India MD Manu Kumar Jain called Realme a “copy-cat brand” after media reports said that the BBK Electronic-led brand was bringing ads to its operating system. Xiaomi has often faced criticism for showing ads to its phone users.

A few weeks later, general manager Poco India C Manmohan too joined the ‘copy cat conversation’. “Hilarious! A real #CopyCat brand that copied almost everything is giving lecture. Instead of advice, maybe try to think of some original ideas to stop declining sales. Why should anyone be worried about a brand that declined 50% last quarter? ?? ?? “X” factor ??????? boss,” tweeted Manmohan. 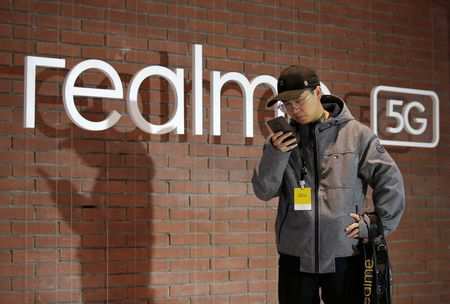