Realme has teased a “Blade Runner” smartphone for launch on May 25.

Realme now has 35 million users globally, out of which 21 million are from India. The user base of the company that started out in 2018 as an Oppo spin-off has burgeoned within a short span, making Realme one of the fastest-growing smartphone brands in the world. Realme is celebrating the milestone with the unveiling of an anniversary gift smartphone, which is also the brand’s first gaming phone. It is codenamed “Blade Runner” and is slated to launch on May 25 alongside seven other products. Realme has announced a big event in China scheduled for later this month.

The “Blade Runner” has been teased on Weibo by Realme CMO Wu Qi Chase, wherein he is calling it “an anniversary gift specially prepared for all true fans”. The smartphone was previously teased alongside the announcement for the May 25 event. It will be the brand’s first gaming phone that is expected to be in the spotlight at the upcoming launch event of Realme. Additionally, Chase also previously shared a live image of the upcoming “Blade Runner” smartphone revealing its design, which is pretty similar to the brand’s other recent smartphones launched. It confirmed to come with a quad-camera setup at the back. Rest of the specifications of the “Blade Runner” smartphone are scarce at the moment.

Realme has also planned to launch seven other products at the May 25 event. They include new truly wireless earbuds, a new power bank, at least three new smartphones (X3, X3 SuperZoom, and “Blade Runner”). Realme is likely to reveal the unknown products in the coming days.

Talking about its global growth, Realme’s global shipments ” increased by 157 per cent year-on-year, ranking the first in the world.” Realme is currently operational in 27 countries, including China, Europe, India, Southeast Asia and South Asia, Russia and Africa. Realme has claimed it is one of the top five smartphone brands in multiple markets. In India, Realme secured its position among Vivo, Oppo, Xiaomi, and Samsung for consecutive quarters in the smartphone market, as reported by the Counterpoint Research.

“This year in India, realme expects offline can contribute more than 40% of its overall sales in 2020. To achieve that, realme is expanding distribution channels into even Tier-4 and Tier-5 towns, aiming to have 400+ distributors on board to cover 35k+ mobile stores pan India,” said Realme in a statement.

IndiaToday.in has plenty of useful resources that can help you better understand the coronavirus pandemic and protect yourself. Read our comprehensive guide (with information on how the virus spreads, precautions and symptoms), watch an expert debunk myths, and access our dedicated coronavirus page.

Get real-time alerts and all the news on your phone with the all-new India Today app. Download from 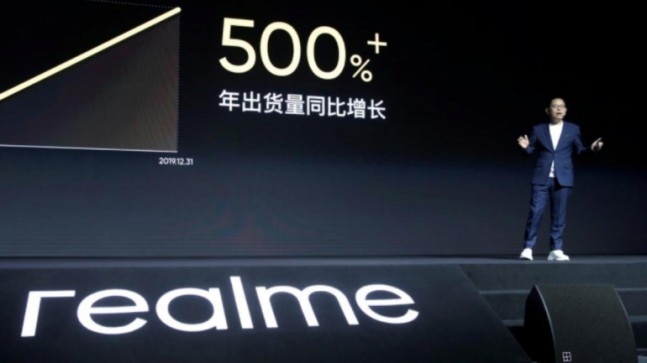