Realme has sent out mailers revealing that the Realme X50 Pro 5G will launch in India on February 24, the same day as its global launch event. The company had earlier planned to launch the phone globally on the floors of Mobile World Congress (MWC) in Barcelona, but post the event’s cancellation over coronavirus fears, the company is now hosting an online launch event for the phone. The event will be live streamed for fans across the world. The Realme X50 Pro 5G phone is teased to be ‘India’s first 5G smartphone’, same as iQoo that is also claiming the same title and will be unveiled on February 25.

A few details about the Realme X50 Pro 5G phone have already been teased, including a “90Hz Super AMOLED Fullscreen” display. Furthermore, a report suggests that the upcoming Realme phone has a regular Super AMOLED panel, not a curved display seen on phones like the Mi 10 Pro. The Realme X50 Pro 5G is also teased to support 65W SuperDart Charge fast charging technology. It is tipped to be powered by the Snapdragon 865 SoC.

Tasneem Akolawala Email Tasneem
When not expelling tech wisdom, Tasneem feeds on good stories that strike on all those emotional chords. She loves road trips, a good laugh, and interesting people. She binges on movies, sitcoms, food, books, and DIY videos.
More 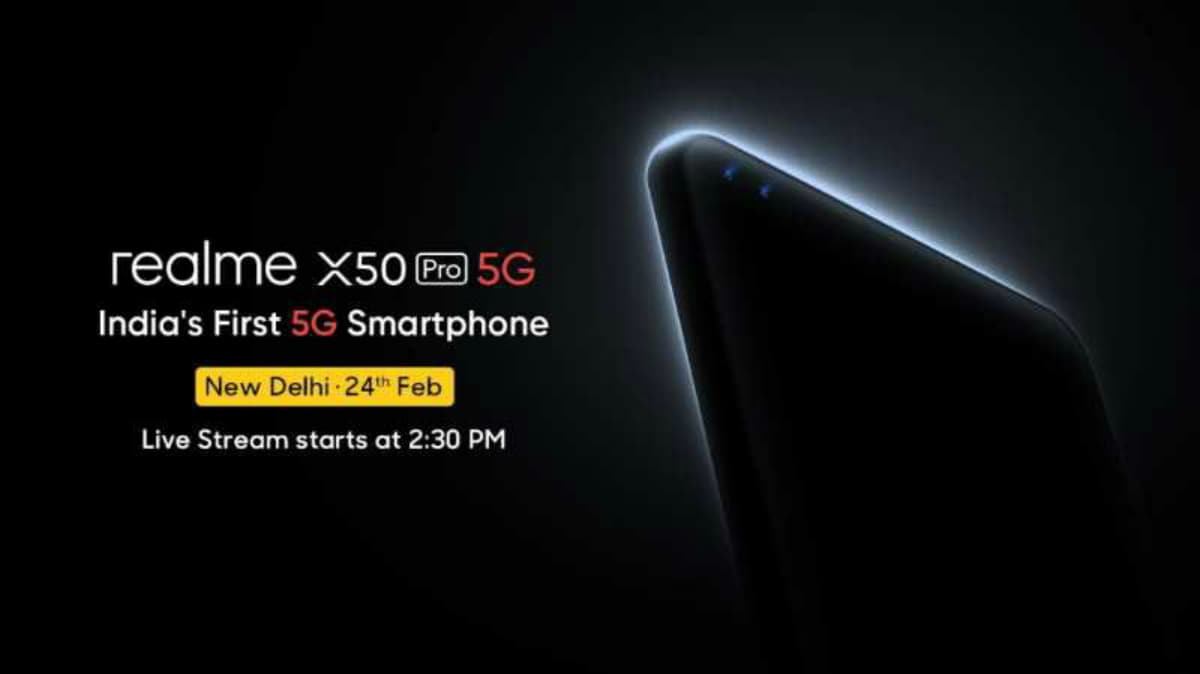