Sid had just made it in time from Delhi to our mum’s apartment in Bhopal before the three-week nationwide lockdown to contain COVID-19 was announced. ‘So glad you are here before domestic flights were suspended,’ I said as the TV sounds faded in the background. Soon after, he switched it off, repeating for the umpteenth time that we should limit our news consumption, that thinking about the coronavirus disease is making us more anxious – we should instead binge on Netflix and make the most of this lockdown.

Mum, Sid and I are together in the same place and time zone after a year, albeit with an altered sense of the world we now inhabit. Last year, it was dad’s sudden death that led me on a flight from London, where I live, via Dubai-Delhi and finally to Bhopal, and a great deal of composure on my part to tell Sid about what had just happened. Anxiety is an old friend; naturally calm is not. Yet, the quiet I inhabited then is as clear as Greek sea water to me.

‘There is something I need to tell you… something bad has happened at home.’

‘Is mummy okay?’ Sid asked like I had an hour ago when mum phoned, sobbing uncontrollably.

Living with years of strife in the home had programmed us to sense an impending doom with every phone call from mum. Dad rarely phoned me; whenever he did, my first response would inadvertently be, ‘Is mum okay?’

Home, as is the case with many others, was never a safe space for us. Home was the last place I ever wanted to be in.

I dreaded school summer break. As soon as it was time to be home, I either drowned myself in assignments or stayed out playing, loitering, cycling, running errands in the harsh summer sun. Sid coped differently. He stayed home, learning to be stone cold; seeing, listening, being in the midst of it all, yet somehow away from it. He had his sketch books, pens, animals and dinosaur toys. His was always a solo show; he barely felt the need for a play partner or friend. I also do not remember him using pencils for his drawings – as if teaching himself that everything had to be final. That there was no room for mistakes, that one had to be perfectly prepared to survive the cruel world that greeted us almost every morning for 18 years until we moved away for education. Consequently, Sid and I have embodied trauma differently. We also live with it in vastly different ways.

‘Yes, mum is okay. But something has happened to dad.’ I knew the vagueness of these words as soon as they were uttered.

Sid, too, thought that it may be one of dad’s usual afflictions, among the many that he had had. Some he embraced voluntarily or so I like to believe, for it lessens the shame that has made permanent homes in our lives. ‘No… he is dead,’ followed by fleeting silence on both ends. ‘Okay’ was all Sid could manage saying. It seems too surreal as I now recall. Something that I never imagined would happen to me, to the three of us. How could a person die so suddenly, so quickly, without notice, without a last goodbye, without repentance, a profuse apology or a muddled, muddied, too-difficult-to-intellectually-rationalise declaration of love?

‘So, you need to take the first flight back home. You are fine, you are safe. Just get on a flight, do not worry about anything. And if you cannot, phone…’ I told him to call my friends in Delhi for help if needed. ‘Okay…’ and we hung up.

Exactly a year after, we are holed up in our mum’s apartment, to which we had frantically made her move after she could no longer stay in the house where my dad suffered cardiac arrest. Theirs was a classical love; a love that should never have been, a love that was more violent than the world they had fought with to be together, a love marred by all the murk there was; a love that I believe should have never come to fruition, and finally, the kind of love where he died in her arms. This is why my planned research trip to India had a detour so we could be together for his first death anniversary. We had planned nothing elaborate. Come to think of it, there was no plan at all other than the three of us being together and perhaps driving to some place. Of course, this had to be altered as the pandemic world fast changes in deeply unsettling ways.

Unsurprisingly then, what was to be a quiet and solemn coming-together for a few days has metamorphosed into a month-long quarantine now. In this time, Sid and I have redesigned (all DIY, of course) mum’s balconies that she had neither the time nor the energy to attend to. I had wanted to do this in our family home (our previous apartment, in another city) that I grew up in, but was always sapped of energy. There were urgent matters of carrying on and getting by that needed attending to. It is different this time. We cook meals together; sometimes I do the cooking while Sid has dish duty. We play cards and ludo, we laugh together, we wake up late, we nap a lot, we share an odd glass of vodka soda (this is indeed after lots of reservation but that is another story), we discuss our work, and binge on memes and funny videos. Sundays are for occupying the drawing room and watching films, followed by evening chai. In this process, there is a brief exchange of glances. I think I know what they are feeling.

This time, home is safe and we are carefully carving it so.

It is nearly miraculous that we can feel joy, tears born out of that joy and experience them as they come, without a care or worry, or the need to stifle them like before. Previously, they often signified our misery, so not letting them out and pretending everything was going to be okay was an everyday ritual that had to be unfailingly practiced. Despite all the worldly worries now, this new feeling is beautiful. And I am letting myself feel it.

Mourning is a complex process. It is also non-linear, and, dare I say, incredibly funny. For the past year, I have been reading lots of books on the complexities of grief while drawing messy flowcharts and mind maps to figure out my feelings. A big part of me was always invested in making sense of losing a deeply troubled parental/parentified relationship and what such grieving was supposed to feel like. Like many other millennials do in desperate times, I Google-searched my feelings a lot, hoping to find someone somewhere writing about what I was going through. A few essays spoke to me, but there was always something amiss. It did not feel honest.

This is probably because a lot was written about the singular life of grief; its visceral, transient mechanics and ways of individual coping. But what does it mean to collectively mourn a loss, which has had lasting psychic effects, similar yet distinct? It is only during this pandemic that most of us who otherwise remain in confinement have begun to realise the deep, interconnected nature of unsettlement, uncertainty and grieving the loss of everyday life that will no longer be the same for any of us, at least in the near future. Rising out of this storm will require us to be vulnerable, to acknowledge our vulnerability as we collectivise in fiercely equal ways.

Writing this now and reminiscing the last couple of weeks in lockdown, it is gradually becoming clear to me – that I needed to be here in this place and time, that the three of us needed to be together and process our anger, pain, regret and grief collectively as we held each other close. Over the past weeks, we have cried, quarrelled, shared our deepest fears and secrets that had in the past immobilised us. Perhaps mourning is also about mourning what was not and what could have been. A form of loss that may never be known, yet is deeply felt. Maybe it is also about finding solace in what is. Indeed, being together in this space that we are making into a home has made it all less heavy. It almost feels serendipitous now that a few days before the lockdown, I managed to get my dad’s nazm inked: main musafir hoon, mujhe chalna hi hai (I am a traveller, I must keep moving on).

I think I may have begun to realise what it signifies.

Niharika Pandit is a feminist researcher and writer of non-fiction. She tweets @nihaarikaan

Death Of A Parent, 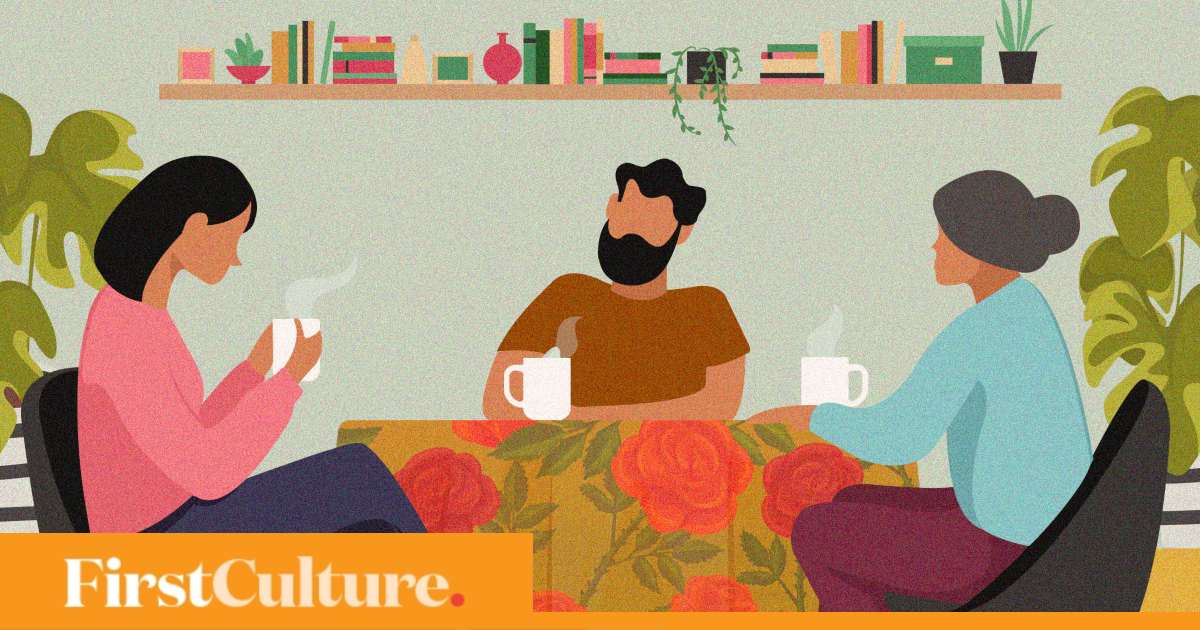