Senate Democrats on Wednesday made some of the most significant rules changes for their caucus in years, one of which will restrict their leaders from standing atop too many top committee slots.

For example, Sen. Richard J. Durbin of Illinois is poised to take the top Democratic seat on the Judiciary Committee in the upcoming 117th Congress and remain whip, but the caucus rules change would require him to give up a top subcommittee role to do so. In Durbin’s case, that means he will relinquish the top slot on the Defense Appropriations Subcommittee.

The rules change came into focus late Wednesday — hours after the first vote — following confusion over whether Kaine’s proposal won out over other options.

The discussion over who gets top committee spots and how many they can hold was sparked after Durbin announced he would seek the top spot on the Judiciary Committee after ranking member Dianne Feinstein of California announced last month she would step aside. Durbin, who initially said he wanted to lead both Judiciary and the Defense Appropriations Subcommittee, later said he would give up the subcommittee to lead Judiciary.

Now the rules change approved Wednesday would require Durbin to give up his top position on the Defense Appropriations panel if his role on the Judiciary Committee is finalized in the new Congress.

Sen. Sheldon Whitehouse of Rhode Island, the next in Democratic seniority on the Judiciary panel behind Durbin, also proposed a rules change on committees a whip can lead, but he declined to comment on specifics.

“As I’ve said before, it’s private caucus business and I’ll leave it in the caucus,” Whitehouse said.

There was not previously a rule within the Democratic Caucus preventing someone from being in Democratic leadership while simultaneously serving as chair or ranking member of a committee, which is generally determined by seniority.

Democrats have held several meetings on potential rule changes in recent days, including at their weekly caucus gathering Tuesday, which ran longer than usual. Kaine said the nearly two-hour meeting was a “robust” discussion as members asked clarifying questions on how different situations would apply.

Senate Minority Leader Charles E. Schumer, D-N.Y., and many Democrats were mum on their position on the rules changes before and during voting.

Michigan Sen. Debbie Stabenow, chairwoman of the Democrats’ Policy and Communications Committee, said she was optimistic that the caucus would work it out.

“People are being thoughtful and respectful and honest, and I think this kind of a process is a good thing to go through periodically for people,” she said Wednesday.

During the initial vote, Democrats trickled in and out of a room off the Senate floor to cast ballots in a cardboard ballot box over the course of two hours.

After the first vote, a second vote was required to settle whether the caucus would adopt Whitehouse’s or Kaine’s proposal limiting leadership. The first tally revealed that many senators, instead of selecting one of the two proposals, had “voted for both,” Kaine said.

The top slot on Judiciary and leadership tangle were not the only things on Wednesday’s ballot.

Sen. Christopher S. Murphy of Connecticut told CQ Roll Call that there were six or eight rules change proposals up for a vote, the first official votes Senate Democrats have taken to change their rules in many years.

“I don’t know the last time that we voted. There were some rules changes made kind of by general agreement maybe 10 years ago,” Murphy said.

Murphy had his own proposal on the ballot, on subcommittee allocations among the caucus, which was adopted.

“My interest has been in getting more members, you know, sharing, to make sure that we’re sharing the wealth with respect to committee and subcommittee leadership,” he said.

He declined to elaborate on the specifics of his own proposal. 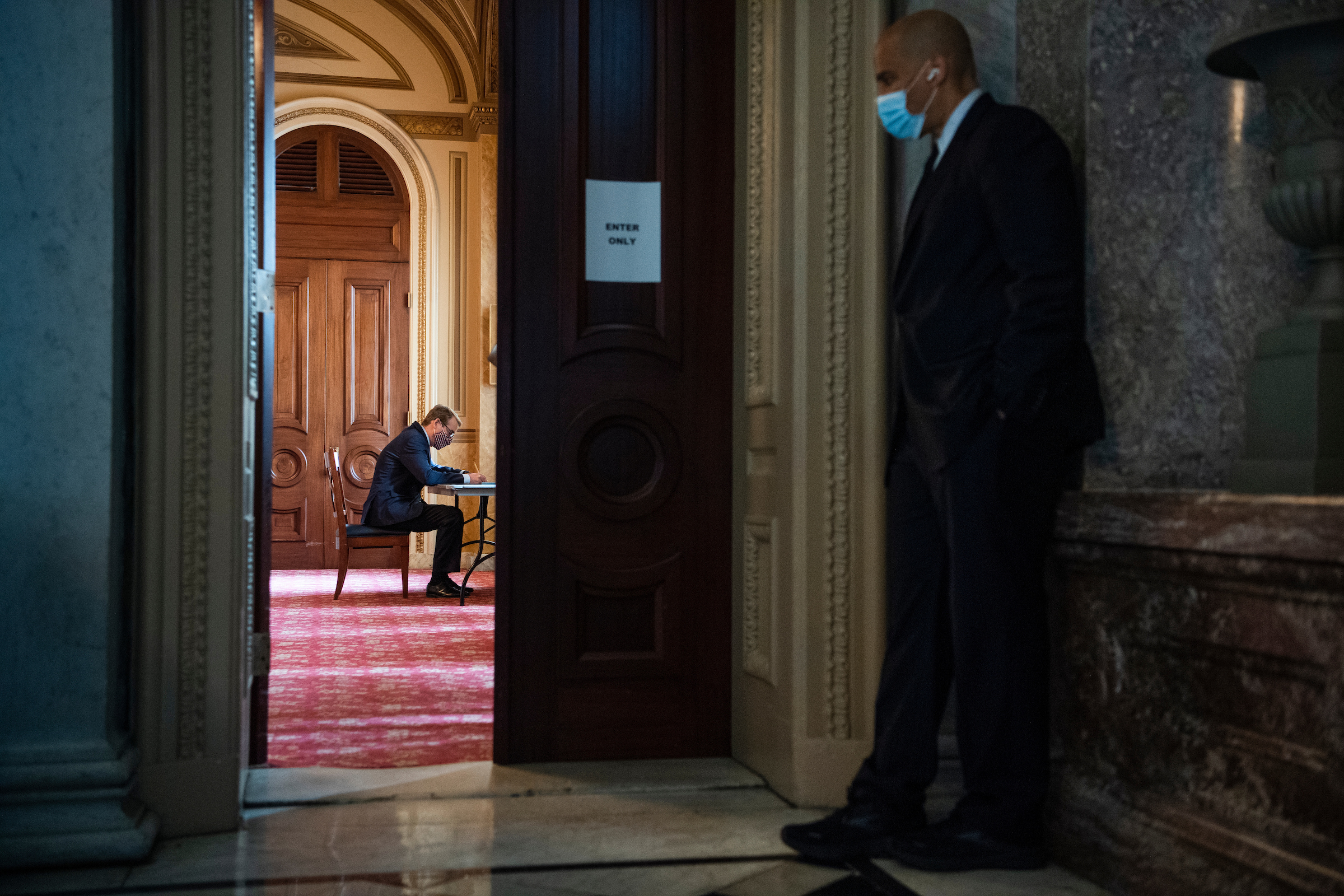