Actor Siddhant Chaturvedi who is awaiting the release of films like Bunty Aur Babli 2 and Phone Bhoot recently opened up about going back on sets post-pandemic. The actor in an interview with The Indian Express, also talks about the new normal, and his plans ahead post-pandemic.

Siddhant Chaturvedi is currently busy shooting for Shakun Batra’s next project. While no details have been released yet, the actor did give a glimpse of his life on sets. The actor said, “I can’t see my crew anymore. I don’t even know how my cameraman looks because everybody is in PPE kits and masks and all of us are taking full precaution.”

He also revealed that the makers are taking serious precautions like sanitizing cast and crew every five minutes, “There is a UV room where we keep all the equipment before going on floors. The camera and gadgets are kept there for five to 10 minutes in the morning. So yes, we are extra cautious and now used to shooting like this, but it’s definitely not like old times.”

Coming back to his film directed by Shakun Batra, Siddhant spoke about his character and said, “There are layers of emotions and a different approach to love. It’s never been done in India before.” Chaturvedi has been shooting for the film in Goa alongside Deepika Padukone and Ananya Panday for a while now.

About his post-pandemic plans, the actor said he is excited to go to theatres. “I’m done watching movies online. I need that community feeling in the way we grew up. I want to watch my film Bunty Aur Babli on the big screen as it will be released when the theatres resume.” 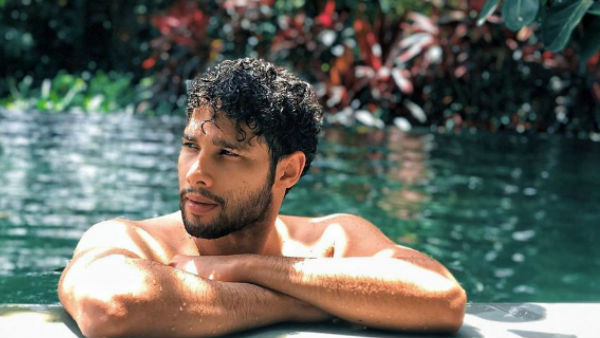