Indeed, how patients use their smartphones and where they take them provides insight into what has been termed their “digital phenotype.” It’s information that, analyzed correctly, becomes useful in differentiating bipolar disorder from borderline personality disorder, a distinction that’s often challenging in clinical practice, Kate E.A. Saunders, MD, DPhil, said at the virtual congress of the European College of Neuropsychopharmacology.

Saunders, a psychiatrist at the University of Oxford (England), and colleagues have developed a smartphone app enabling patients to briefly characterize their current mood on a daily basis, as well as a machine learning model to analyze this data stream as patients’ moods evolve over time.

In their prospective longitudinal Automated Monitoring of Symptom Severity (AMoSS) study of 48 patients with a confirmed diagnosis of bipolar disorder, 31 with borderline personality disorder, and 51 healthy volunteers, the tool correctly classified 75% of participants into the correct diagnostic category on the basis of 20 daily mood ratings (Transl Psychiatry. 2018 Dec 13;81:274. doi: 10.1038/s41398-018-0334-0).

The app also monitors activity via accelerometry and geolocation to assess an individual’s circadian rest-activity patterns, as well as telephone use and texting behavior. In another report from AMoSS, Saunders and coinvestigators showed that these patterns also distinguish persons with bipolar disorder from those with borderline personality disorder, who in turn differ from healthy controls (Transl Psychiatry. 2019 Aug 20;91:195. doi: 10.1038/s41398-019-0526-2).

“I think we can use these approaches to inform our diagnostic practice. It doesn’t replace doctors, but clearly it can add to diagnostic accuracy,” she said.

Borderline personality disorder and bipolar disorder are common diagnoses with quite different treatment approaches and prognoses. Studies have shown that rates of misdiagnosis of the two disorders are significant. The challenge is that they share overlapping diagnostic criteria, including prominent mood instability, which is difficult to assess reliably in clinical practice.

That’s because the assessment relies on retrospective self-report of how patients felt in the past, which is often colored by their present mood state. The smartphone app sidesteps that limitation by having patients rate their mood daily digitally across six categories — anxiety, elation, sadness, anger, irritability, and energy — on a 1-7 scale.

The machine learning model that analyzes this information organizes the voluminous data into what Saunders called “signatures of mood” and breaks them down using rough path theory, a mathematical concept based upon differential equations. Saunders and colleagues have demonstrated that the shifting daily mood self-rating patterns can be used not only to sharpen the differential diagnosis between bipolar disorder and borderline personality disorder, but also to predict future mood. Automated analysis of the past 20 previous mood self-ratings predicted the next day’s mood in healthy controls with 89%-98% accuracy, depending upon which of the six mood categories was under scrutiny.

The predictive power in patients with bipolar disorder was also good, ranging from 82% accuracy for the energetic and anxious domains to 90% for the angry mood category. This ability to predict future mood states could have clinical value by assisting bipolar patients in enhancing proactive self-management and managing their mood stability to avoid depressive or manic relapse, although this has yet to be studied.

“For borderline personality disorder the predictive accuracy was not so good — 70%-78% — but perhaps that doesn’t matter,” Saunders said. “Perhaps that difficulty in predicting mood may actually be quite a useful diagnostic marker.”

“Mr. Jones, the Doctor Is Ready To See Your Phone Now.”

The app’s accelerometry and geolocation capabilities can also enhance diagnostic accuracy, as has been shown in the AMoSS study.

The geolocation analysis generates data on the places a patient has gone and how much time was spent there. Feeding that information into the machine learning model predicted the presence or absence of depression with 85% accuracy for bipolar disorder, but couldn’t predict depression at all in borderline personality disorder.

“So we get a sense that people with bipolar disorder have behavioral manifestations of their mood symptoms which are much more consistent with one another and appear to change very consistently with their mood state, whereas borderline personality disorder seems to be characterized by something that’s much more unstable and unpredictable — and we can pick up these predictive variables using our smartphones,” Saunders said.

As depressive symptoms arise in patients with bipolar disorder, affected individuals display much less day-to-day variability in movement as measured by accelerometry. These changes predicted bipolar disorder with 76% specificity and 48% sensitivity.

“That’s OK. But we can’t do that at all in people with borderline personality disorder, again highlighting the fact that behavioral manifestations and symptoms in these groups are very, very different,” Saunders observed.

In AMoSS, analysis of activity, geolocation, and distal temperature rhythms showed that the individuals with borderline personality disorder displayed evidence of delayed circadian function, with a distinctive rest-activity pattern that differed from persons with bipolar disorder. This delayed circadian function might provide a novel therapeutic target in borderline personality disorder, a condition for which there is a notable lack of effective pharmacologic and psychotherapeutic interventions.

Phone use patterns were revealing. Patients with bipolar disorder had an increased total telephone call frequency relative to the healthy controls, whereas those with borderline personality disorder used text messaging much more frequently, consistent with the notion that borderline patients have difficulty in interpersonal communication.

Smartphone-based diagnostic differentiation between bipolar disorder and borderline personality disorder isn’t ready for prime time use in clinical practice, Saunders said. This is groundbreaking work that needs to be refined and replicated in larger studies. There are important ethical and data protection issues that require attention. But patients are gung-ho. Saunders noted that participant compliance in AMoSS was “extraordinarily good,” at 82%. Moreover, even though the study lasted for 3 months, more than 60% of subjects continued filing mood reports for 12 months.

“Smartphones may also give us an improved understanding of the lived experience of people with mental health problems. That’s certainly the feedback we got a lot from patients. They enjoy using this technology. They feel it’s helpful to be able to show their clinician this is what it’s like for them,” Saunders said.

The study was interesting as a pilot, and it is technologically very innovative. However, at this stage, it is unclear how the results can be used clinically, said Igor Galynker, MD, PhD, when asked about the findings.

There is a place for using this type of technology for patients living in remote areas, for example. However, Galynker, director of the Richard and Cynthia Zirinsky Center for Bipolar Disorder in New York, said such technology should be viewed as augmentation rather than as a substitute for face-to-face treatment.

“Typically, if clinicians have enough time to speak to the patient and to take history, they can differentiate between bipolar disorder and borderline personality disorder: The former is cyclical, the latter is less so. However, this is hard to do without face-to-face contact, or when you only have 10 minutes,” said Galynker, professor of psychiatry at the Icahn School of Medicine and director of the Galynker Research and Prevention Laboratory, both at Mount Sinai in New York.

This article originally appeared on MDedge.com, part of the Medscape Professional Network 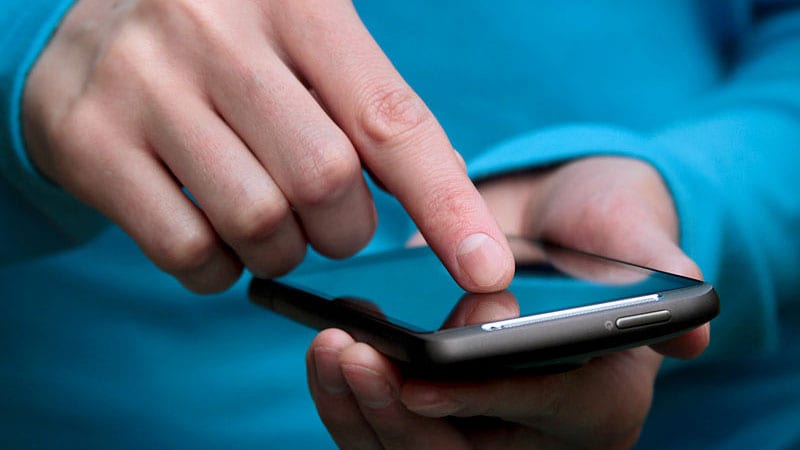