(CNN)If you think the time spent on your smartphone could be contributing to a relentless headache, you might be right, a new study finds.

That was the possible case for a group of subjects in India who were studied to determine the association between smartphone use and new headaches, or increased severity. Although there are anecdotal stories suggesting a link between technology use and pain, there is limited evidence on the relationship between smartphones and pain, the report said.
The researchers studied 400 people with a primary headache condition, which includes migraines, tension headaches and other types not caused by another illness. After asking the participants about their smartphone use, headache history and medication use, they found that smartphone users were more likely to use more pain medication but find less relief compared to those who didn’t use smartphones.
“The associations found in the study do prompt the possibility that smartphone use may be a potential trigger for headache worsening, and there might be unexplored mechanisms which future studies may unravel,” said Dr. Deepti Vibha, study author and associate neurology professor at All India Institute of Medical Sciences in New Delhi.
While the research, which published Wednesday in the journal Neurology: Clinical Practice, doesn’t conclude whether smartphones cause headaches, it does add to a body of knowledge that questions the health effects of smartphones as we become increasingly more reliant on them to fulfill daily tasks.

The connection between smartphones and pain

Searching for a cause

While the study didn’t determine why the smartphone users said they had a harder time recovering from headaches, recent research offers a few theories, the authors said.
It’s possible that some of the behaviors intrinsic to smartphone use can contribute to headaches, such as bending the neck to scroll through your phone. This posture, deemed “text neck,” has been found to cause strain on a person’s spine that can feel like the equivalent of 20 or 30 pounds, according to a 2018 study. This strain can lead to headaches, according to Brigham and Women’s Hospital.
Eye strain, which is caused by improper focusing and can increase with excessive phone use and holding the device too close to your face, can also cause headaches, according to the American Migraine Foundation.
“The root of the problem is not yet clear,” said Dr. Heidi Moawad, a neurologist who teaches at Case Western Reserve University School of Medicine and John Carroll University, in an editorial about the study.
“Is it a user’s neck position? Or the phone’s lighting? Or eye strain? Or the stress of being connected at all times? Answers will likely emerge in upcoming years and eventually guide strategies for more sustainable use of the devices.”

How to reduce the pain

Dr. Christopher Gottschalk, chief of the Yale School of Medicine’s Division of General Neurology, said that while the study does not show that smartphone use is a direct cause of more intense headaches, people who use smartphones should pay attention to whether their headaches grow worse over time and see a doctor for it.
Moawad suggested features such as “hands-free settings, voice activation and audio functions could potentially hold the key to helping smartphone users benefit from their phones without exacerbating their headaches.”
Headaches can also be relieved by over-the-counter medications; application of essential oils such as peppermint or lavender; magnesium supplements; and relaxation techniques including deep breathing, according to Harvard Medical School. One should always talk to their doctor when choosing which method is best for them, and in case there’s an underlying issue.
Further studies are needed to fully understand the effects of smartphone use on our well being, the researchers said.
“The fact that smartphone users require more painkillers to abort headaches and have a higher pill count per month, hints that smartphone use and headache needs to be studied in longitudinal studies,” Vibha said. 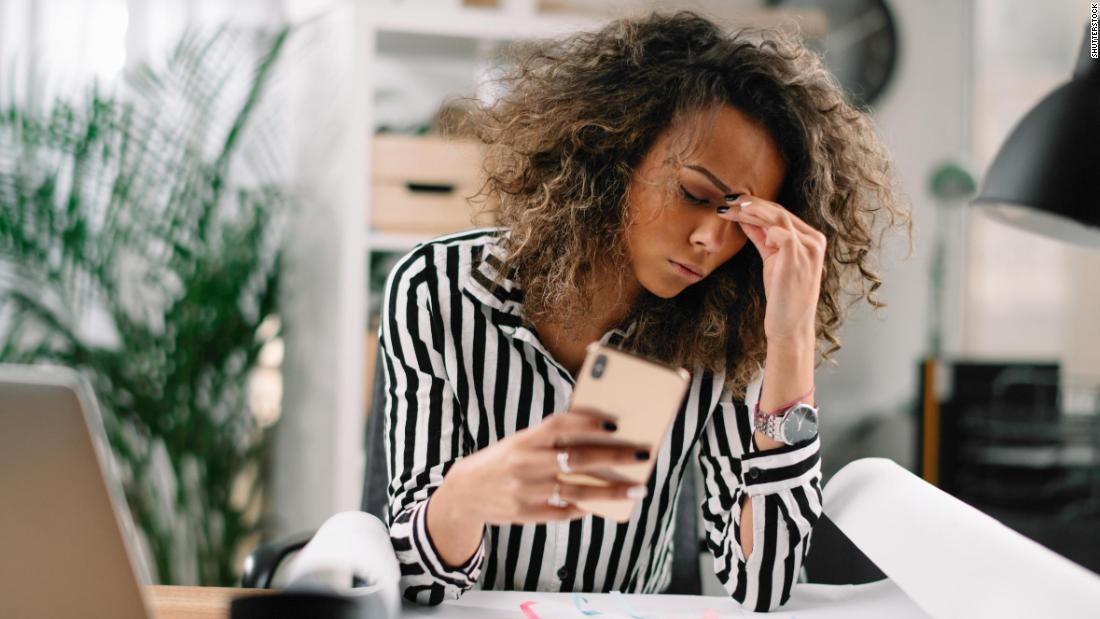