www.smartphonephotography.in See the World through your Smartphone
Home SMARTPHONE Soorarai Pottru, Asuran, Tanhaji, Jallikattu among the Indian films to screen at the Golden Globe Awards 2021

The Golden Globe Award will be the first prestigious awards of 2021. Ahead of the awards ceremony which will be held in Los Angeles, the list of foreign films to be screened has been released. Four South films have made it to the list this year. 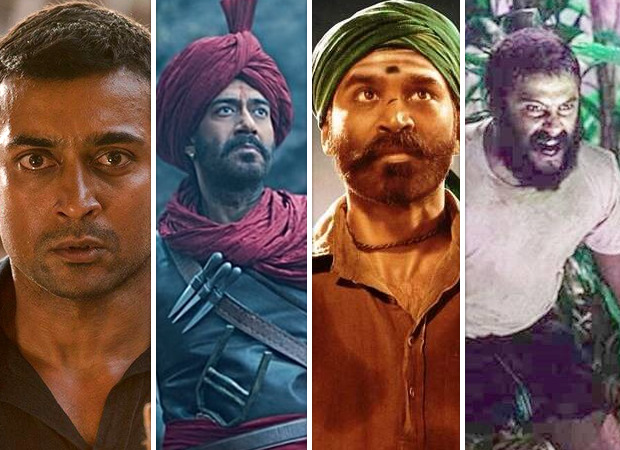 Here is the list of films that will be screened at the Golden Globe Awards:

Directed by Sudha Kongara, the film stars Suriya and Aparna Balamurali in the lead. The film which was released on Amazon Prime Video in November is based on the life of Captain Gopinath.

Directed by Vetrimaaran, Asuran was a critically appreciated film starring Dhanush and Manju Warrier in the lead. The film which was released in 2019 won four National Awards and is based in Poomani’s novel Vekkai.

Directed by debutant Prateek Vat, the film released in Indian recently. The film is based on monkey menace in the capital city of Indian.

Starring Emraan Hashmi in the lead, diretor Shyam Madiraju calls it a modern-day adaptation of Charles Dickens’ classic novel “Oliver Twist”. The film is a commentary on the constant power struggle among people in the society.

Originally titled Aise Hi, debutant director Kislay tells the story of an elderly Indian woman who decides to live for herself.

Trees Under the Sun

This is a Malayalam language film directed by Bijukumar Damodaran and starring Indrans, and Prakash Bare. The film is titled VeyilMaranangal in Malayalam.

ALSO READ: Dil Bechara, Soorarai Pottru, Tanhaji, Sadak 2, Laxmii among the most searched films on Google in 2020 in India