www.smartphonephotography.in See the World through your Smartphone
Home SMARTPHONE There is a huge opportunity to move UK-India economic agenda forward in key areas

The New Year is a time to identify new business opportunities and plan on their capture. The rollout of the Oxford/AstraZeneca vaccine, which has been approved in the UK and elsewhere, is in large part due to the collaboration between the Pune-based Serum Institute of India and the Wockhardt factory in the UK. With the UK-EU trade agreement finally concluded, the UK can fully devote all its efforts to conclude other trade agreements with key strategic and economic partners, of which India is at the top of the list.

As chair of UK India Business Council (UKIBC), I am very confident that great things can be achieved between Indian and UK businesses. There is a huge opportunity to move the bilateral economic agenda forward in key areas of common interest such as climate change and the green economy, our mutual economic recovery from COVID-19 and the further acceleration of UK-India trade and investment ties. The UKIBC, on behalf of UK business, is fully supportive of this.

Critically, businesses look to governments to create the right environment for businesses — “to do what businesses do” — and, at the same time, to engender confidence in the quality and consistency of decision-making which underpins multibillion-dollar investment decisions in boardrooms around the world.

As such, one hopes that the recent unanimous decision in favour of Cairn Energy PLC in the arbitration court in the Netherlands marks an end to the long-running dispute between Cairn Energy PLC and the Indian government over a retrospective $1.2 billion tax demand levied in 2015. This has been a painful and protracted process for both parties.

In 2006, I was vice-chair for South and South East Asia for the advisors to Cairn Energy PLC in relation to their Indian exploration assets. I can recall the deliberations amongst the Cairn Energy PLC Board on maintaining a subsidiary in India or spinning the Indian assets off into Cairn India and listing them on the Bombay Stock Exchange.

Everyone recognised and celebrated the new resurgent, self-confident India. Indeed, Cairn Energy PLC was one of the first major global investors to realise that its assets in India needed to be held in an Indian company in which Indians sat on the board, which had Indian senior management, where many of the engineers were Indian and where Indians could invest their savings and benefit directly from its success.

Let us also remember that the success of Cairn India arose from a significant, albeit calculated risk. These were assets which Cairn Energy PLC bought from an international major which had failed to find hydrocarbons on the acreage. The acquisition also required commitment of significant risk capital to drill numerous wells to fully explore the fields in Rajasthan. Once oil was discovered, Cairn Energy PLC then developed these fields and deployed innovative world beating technology to extract the oil and transport it to refineries. All the time, Cairn Energy PLC not only paid all taxes and dues in a timely fashion, but also invested in the local community, creating valuable infrastructure and jobs.

Most boards, then and now, that are looking at making new and substantial investments in any overseas environment go through similar processes, not least because governance norms and their investors require them to do so, but also because the “indigenisation” of their overseas assets often results in greater success. And the encouragement of this thought process, plays to Prime Minister Narendra Modi’s policies of Make in India and Atmanirbhar Bharat.

Having made that decision, Cairn Energy PLC, a then FTSE 100 company on the London Stock Exchange, executed the strategy with full transparency and with the full approval of the relevant regulatory authorities in both the UK and in India. The judgement in favour of Cairn Energy PLC should finally be the end of the matter, allowing all parties to move forward.

Dragging this out further will only prolong the agony for all parties. And for what gain? Challenging the ruling will be costly. And a negative impact could extend beyond “credibility” within the global investment sentiment.

And what of those looking from the side-lines? The boards of companies that have not yet invested in India will be looking for clarity, as will international FDI and FII investors — not least as the Indian government has publicly stated in the past that the decision of the tribunal would be honoured.

On the other hand, a timely and pragmatic settlement of this dispute would lead to an immediate confirmation of the attractiveness of India as an investment destination and importantly on India’s status in the international and domestic debt and equity markets.

How should one contextualise this in the current environment of bilateral economic discussions? Both the UK and Indian governments have declared their joint ambition to work towards a UK India Free Trade Agreement via an enhanced trade partnership. This is a laudable ambition and one that UKIBC fully supports. A timely and pragmatic solution to the Vodafone and Cairn Energy judgments would enhance India’s position at the top table of global economic powers.

This article first appeared in the print edition on January 7, 2021 under the title ‘Friends and partners’.  The writer is group chair, UKIBC 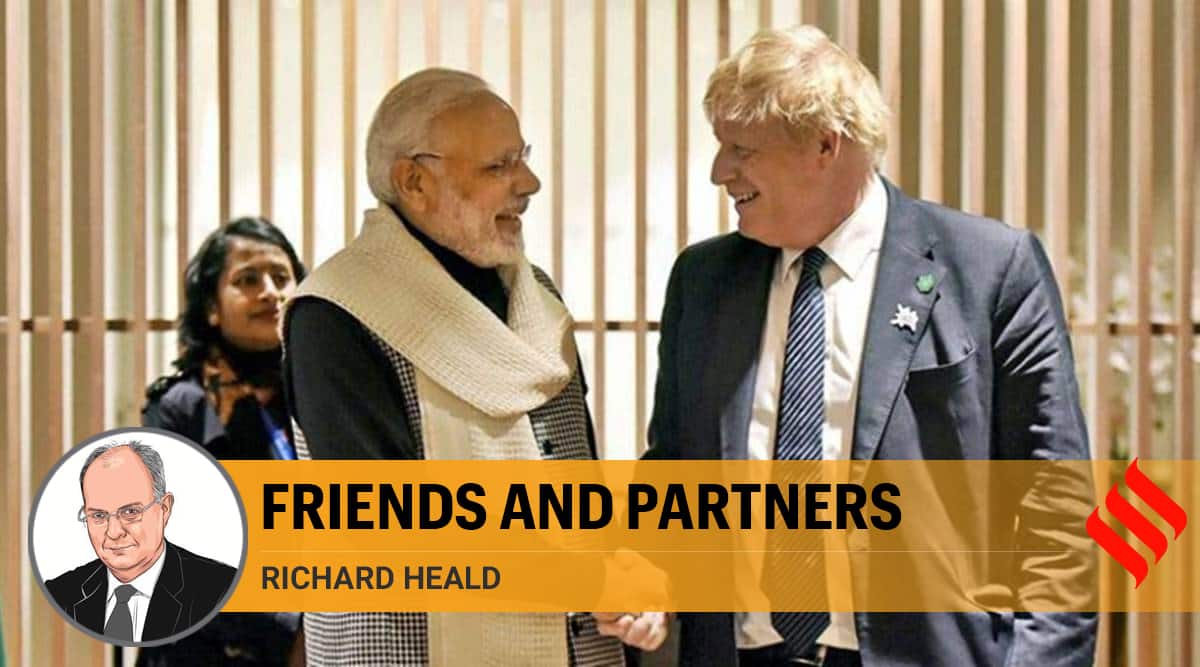