25 essential games to have in your iOS collection

Mobile gaming is typically associated with quick, light, bite-sized genres that you can consume between bus stops. Your match-three puzzlers, or your idle clickers.

But we all know that’s doing our beloved iPhones a gross disservice, don’t we? There are loads of deep, thoughtful games on the App Store.

Just look at all the brilliant strategy games that are available on the platform. Some of these are direct ports of PC and console games, with all the attendant depth and nuance that brings.

But even the many mobile-specific strategy games out there boast plenty of meat to get your teeth into. Or at least, the best examples do.

And that’s where we come in. The following list contains some of the best strategy games available for your iPhone and iPad.

Whether you’re into turn-based tactics, real time strategy, or some weird genre hybrid in between, there’s something for you below.

Think we’ve missed something? Let us know what should be on the list in the comments below.

It’s Civilization VI on your iPad. Like, the actual Civilization VI, not some streamlined approximation. It’s nothing less than one of the best and deepest strategy games on any platform.

XCOM has a reputation for being one of the finest squad-based strategy games around, with tense turn-based battles rendered in glorious 3D. This iOS conversion brings it to mobile without compromise.

FTL tasks you with running your very own spaceship, allocating resources to the departments that need it most. But the real thrill is that you have to do this while fleeing through a hostile star system.

The maker of the peerless Kingdom Rush series proves that it can do classic RTS as well as its does tower defence. Iron Marines is brilliantly balanced, great to look at, and generally quite special.

Bad North is a uniquely brilliant mish-mash of RTS, tower defence and roguelike elements as you defend your island communities from Viking attack.

SteamWorld Heist demonstrates that strategy games can be a zoomed-in, action-packed and even funny. This brilliant 2D squad-based game as you taking on robotic pirates with expertly placed ricochet shots.

One of the greatest and deepest real time strategy games ever made makes its way onto iPad, and it works shockingly well. ROME: Total War is the real deal.

We still don’t have an Android version of FTL yet, but Crying Suns is arguably the best alternative yet. This tactical rogue-lite has the star-maps and event systems of that strategy classic, but with an absorbing story and compelling flight-squadron combat.

It doesn’t look like we’ll ever get Advance Wars on mobile, but Warbits is as close as it gets. This is colourful, intuitive turn-based strategy with a surprising amount of tactical depth.

You could well make the argument that Dungeon Warfare 2 is a tower defence game. But constructing the ultimate death-filled dungeon here proves to be so much more strategic and nuanced than your average lane runner.

World War II-set Company of Heroes is one of the most beloved RTS games of all time. Its tight, squad-based tactics work well on modern iOS devices, barring a few touch control issues.

A dauntingly deep and involving strategy game that punishes mistakes and rewards smart thinking. Its hex-based 3D battles have an impressive amount of tactical scope.

A side-scrolling micro strategy game that strips a lot of the fiddly stuff out of the strategy genre. In its place is an intuitive 2D side-scrolling system and a pleasantly accessible learning curve, as you trot back and forth building up your empire.

Easily the best city builder on the market, Tropico is a richly detailed, responsive, engaging, and fun PC port that feels perfectly at home on iPad. It looks and sounds beautiful, too.

A true strategy game titan with a mobile-first focus from Perchang. Its tight turn-based battles play out gloriously on the wee screen.

Strategy games don’t need to be ponderous and small scale. First Strike concerns a global nuclear conflict, and each battle can be swept through in frighteningly quick time.

Though it’s less viscerally impressive than Tropico, Pocket City remains an absolute treat of a premium city builder. In particular, it manages to combine intuitiveness with strategic depth better than most.

Pocket real time strategy in its purest form, Crush Your Enemies whittles things down to a series of feisty minutes-long battles. It’s just not a sharply-made RTS, but a funny game filled with foul-mouthed, half-drunk barbarians.

We’re all used to defending life in our strategy games – Plague Inc. tasks you with destroying as much of it as possible by spreading and mutating a horrible virus. It’s dark, man.

Some strategy games simulate the big, the epic, the expansive. Frozen Synapse goes in tight, letting you plan the individual seconds of a frantic gunfight between computer simulated warriors.

An engaging and intuitive strategy game that offers genuine consequences for your decisions as you strive to keep your village alive and thriving. It’s also beautiful, in its own sparse way.

A brilliant turn-based strategy game set within Pixelbite’s tense sci-fi Xenowerk universe. There’s more than a hint of XCOM to its tight squad manoeuvring, but with a slightly more arcadey edge. 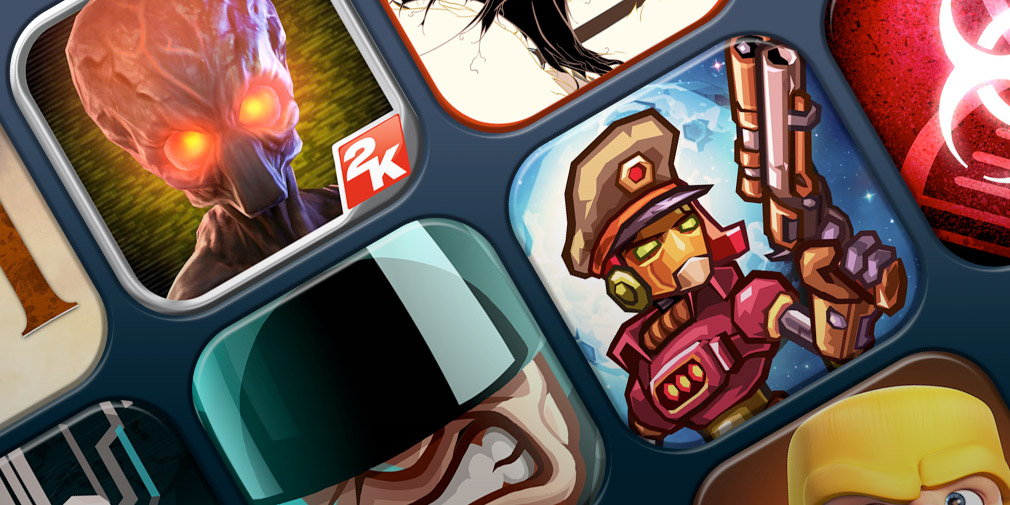