If all had gone well this year, actor Tovino Thomas would have been looking forward right now to the Onam release of Minnal Murali.

Instead, the final shoot schedule of this Malayalam film directed by Basil Joseph was delayed due to the lockdown during the ongoing COVID-19 pandemic. Minnal Murali’s team was set to complete their work as soon as restrictions are lifted. Then, just days back, members of Hindutva groups claimed responsibility for destroying a church created as a set for Minnal Murali in Kalady in Kerala’s Ernakulam district, because they were offended that it stood near a Hindu religious site. They even proudly posted photographs of their vandalism on Facebook. An anguished Thomas wrote on the social media platform that day: “We’ve heard of movie sets being vandalised by religious fanatics in Northern parts of India. Now, it’s happening to us right here.”

In the land of the coconut palm, a state that prides itself on its literacy rate, religious pluralism and resistance to right-wing forces in elections, this instance of anti-art violence by fundamentalists has come as a bolt from the blue. “It is shocking that something like this would happen in Kerala,” says Thomas, in a telephone interview. “It began in March around the time the lockdown started, when the Kalady Panchayat president received a letter from a group called Antharashtra Hindu Parishad objecting to our set. We thought, ‘this is Kerala, nothing will happen here.’ We assumed this is some random group trying to get famous, and we ignored the threat since we had all the necessary permissions.” This confidence, it turns out, was misplaced.

Thomas, who is currently one of the busiest young stars in the Malayalam film industry a.k.a. Mollywood, is clearly still reeling under the after-effects of the incident during our extended phone conversation. “Shocking” … “Shock” … “Shocker” … Variants of the same word pepper his comments, as do repeated assertions of incredulity that this incident took place in, of all places, Kerala. “Even if such a letter had come, we never imagined that something like this (the destruction of a set) could happen in Kerala,” he says. “This is unusual for Kerala, it is a first of its kind. So we were shocked.” The vandalised set (right) of Minnal Murali in Ernakulam. Images from Twitter @ttovino

Long-time observers of the state will know where Thomas’ dismay and disbelief are coming from. Kerala, after all, is India’s last remaining Communist bastion and since its formation has voted in either a Congress or Left-led government to run the state . BJP has not managed to form a government here in the 40 years of its existence. In fact, it was only in 2016 that the party won its first ever Assembly seat in this state.

But that lone election win of the self-professed Hindu nationalist party and the strong on-ground violent resistance to the Supreme Court’s 2018 ruling allowing women to enter the Sabarimala temple are among many indicators of what realists in Kerala already know: that religious fanaticism is not alien to Kerala, that there are strong, long-running undercurrents of tension between the state’s three major religious communities – Hindus, Muslims and Christians – and that despite high education levels, it has taken great vigilance on the part of secular forces combined with an X Factor in Malayali culture to ensure that episodes like the one involving Minnal Murali are not commonplace. Still, the complacence that led the Kalady/Ernakulam administration and Minnal Murali’s producers to remain unruffled after the threatening letter sent by AHP to the Panchayat is a luxury that the state can ill afford.

When I ask Thomas if recent developments across the world, from the US to India, have been a warning bell for Kerala on the fragility of democracy, and how hard this coastal state needs to work to preserve and protect its status quo, he becomes philosophical.

“The human race came millions of years back, even the oldest religions date back maximum thousands of years. So we lived and survived millions of years without religion,” he says. “We need to spread awareness about these matters among people so that they understand that humanity is above all religion.”

Although Thomas speaks in abstract terms without making naming people and institutions, still makes no bones about the fact that he is questioning religion as a concept and practice.

“Religion and politics are infrastructures that came into existence for the well-being of communities, so when people use that same infrastructure to hurt others and to fight amongst themselves, it amounts to misuse,” he says. “I heard this quote, ‘When you start believing, you stop thinking. When you start thinking you will stop believing and you will understand things.’ That is what people in our country need.”

The 31-year-old sounds earnest as he adds quietly: “People should understand each other and live in a peaceful society – that is what I dream of. It won’t happen until they start using their brains. The infrastructures set up for our good are being used by many for their political or business strategies.”

Thomas says that reading Yuval Noah Harari’s Sapiens changed his perspective on these matters. “We are all gathering together based on a myth, a belief,” he explains. “Because to get 100-150 people to gather, you need an ideology, a belief. And that ideology was started for the well-being of human beings but is now being misused.”

The attack on Minnal Murali could well be simply a display of strength and a publicity gimmick by right-wingers, since such aggression against Bollywood films has served a similar purpose for similar  organisations in north India and Maharashtra for several decades. However, it is worth considering whether the attack is also a backlash against Mollywood, which has actively, at least in the 2010s, upped its efforts at community representation especially in the middle-of-the-road cinema movement spearheaded by the likes of Aashiq Abu, Lijo Jose Pellissery and Anjali Menon.

In an interview on Firstpost, Mollywood star Parvathy told me that greater sensitivity and inclusion in Malayalam cinema in recent years has played a part in keeping bigotry in Kerala in check. “Malayala thanima (typical Malayali tradition) does not mean Thrissurile oru mana (an upper caste family home in Thrissur) and a main character is the head of that tharavadu (old household), that’s it. For years we had only one narrative while representing Keralatham (the idea of Kerala) or Malayala thanima. Now we get every aspect of different communities and their stories being told as a regular story, not an exceptional story,” she said. “The ordinariness of each minority is shown in our popular culture a little more, and that has had a lasting impression on people.”

Not everyone is as pleased as Parvathy and the viewers who have made such films a hit. When Pellissery’s Angamaly Diaries was released in 2017, the reviewer of a TV channel seen to be close to RSS had accused the film of featuring excessive Christian imagery, which is an odd criticism considering that the hero was a Christian as a result of which references to his community, its socio-cultural and religious practices were inevitable. That the journalist in question was widely lambasted speaks volumes about popular opinion in Kerala, but like the offensive against Minnal Murali’s set, that bizarre critique too was a reminder of the presence of such voices, however marginal they may seem, and a fore-warning that the state’s secularists would do well to heed.

In the matter of Minnal Murali, the Kerala Police arrested three people immediately after the incident, a case has been reportedly registered against seven, Kerala Chief Minister Pinarayi Vijayan roundly condemned the violence and promised strict action against the perpetrators, leading Mollywood personalities have been vocal in their support, and in an act of solidarity, representatives of two film industry bodies met the police, asking them to act swiftly against the culprits.

This overwhelming response has given the team of Minnal Murali the impetus to proceed legally, says Thomas, adding, “It is because of all this that I believe this is the first and last time such a thing will happen in Kerala.” And then: “I am almost sure this will not happen again. Because the culprits have been arrested within a few days, everything that needs to be done in response has been precisely done.”

As he attempts to recover from this setback, Thomas speaks passionately about his coming films. His first release after the lockdown is lifted will be Kilometres and Kilometres, in which he stars as a youngster from Kottayam who is hired to take an American traveller on a tour of a dozen or so Indian states on his Royal Enfield Bullet motorcycle. And then there is the project that has been disrupted by the unexpected interference of religious bigots. In Minnal Murali, Thomas plays the rural hero from Wayanad who develops extraordinary powers when he is struck by lightning. Initially he uses his powers for his selfish ends, but soon becomes conscious of his social responsibility.

Although Minnal Murali has been stalled, Thomas remains cautiously optimistic. He is aware that the present socio-political scenario in India is fraught with communal tension, but has faith that his state will hold strong. “I do not think it will be possible to fool people in Kerala in the name of religion,” he says. “I still have hope.” 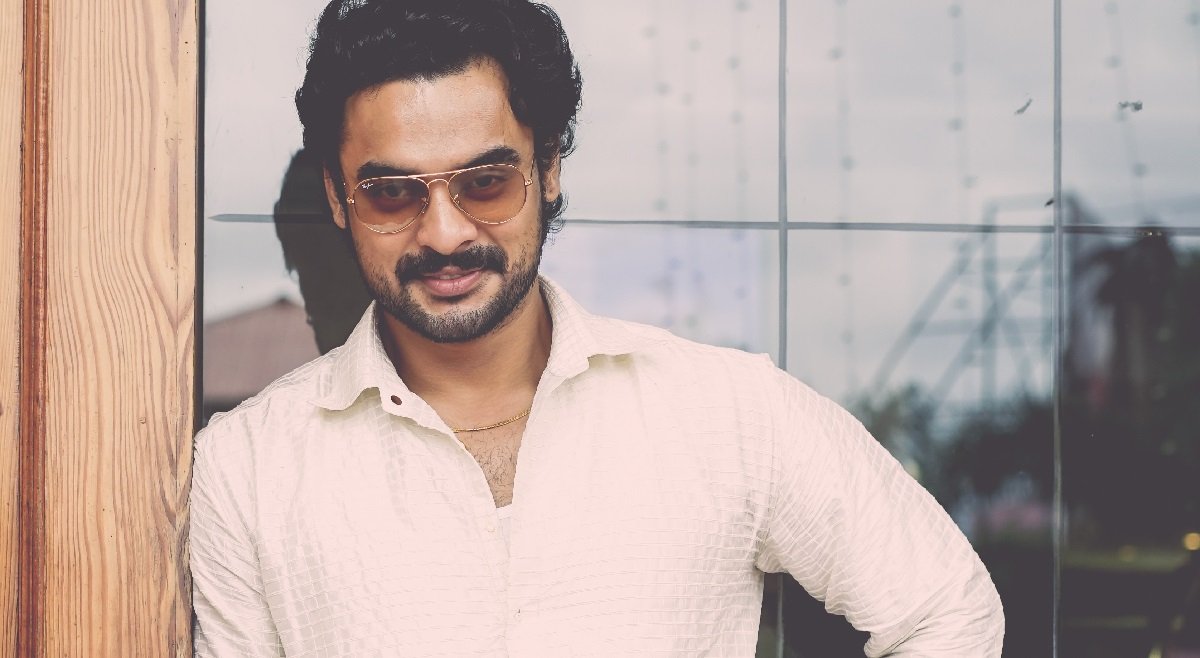