(Reuters) – The U.S. Food and Drug Administration is expected to soon announce new, more stringent standards for an emergency authorization of a COVID-19 vaccine, lowering the chances that one might be cleared for use before the Nov. 3 election, the Washington Post reported on Tuesday.

The agency is issuing the guidance to boost transparency and public trust as health experts have become increasingly concerned that the Trump administration might be interfering in the approval process, the newspaper said.

According to the report, the FDA is expected to ask vaccine manufacturers seeking an emergency authorization to follow trial participants for a median of at least two months after they receive a second vaccine shot. It also said the agency is asking that trials identify a specific number of severe cases of COVID-19 in patients who received a placebo in the trials.

Few vaccine developers were expected to have definitive trial results before the presidential election. Pfizer Inc had been the exception, although its timetable could slip with the new guidance.

Moderna Inc has said it is unlikely to have data in October. AstraZeneca Plc’s trial in the United States is halted while investigators try to determine whether a serious neurological problem suffered by one participant in the company’s U.K. trial was caused by the vaccine.

Moderna and Pfizer began their late-stage trials on July 27, and took about a month to enroll 15,000 people, the halfway point for their initial planned enrollment.

The trials are designed for people to receive their second shot either three or four weeks after the first. Two months of follow-up would make it unlikely the companies would have enough data before mid-November.

Pfizer said on Tuesday that based on current infection rates it still expects to know whether or not their vaccine works as early as the end of October. Pfizer’s trial protocol calls for an early look at the data after just 32 participants become infected.

“We anticipate providing FDA with safety data, including the median of two months safety data after the second dose, on a rolling basis to help inform FDA’s ultimate determination of authorization or approval,” the drugmaker said in an emailed statement. 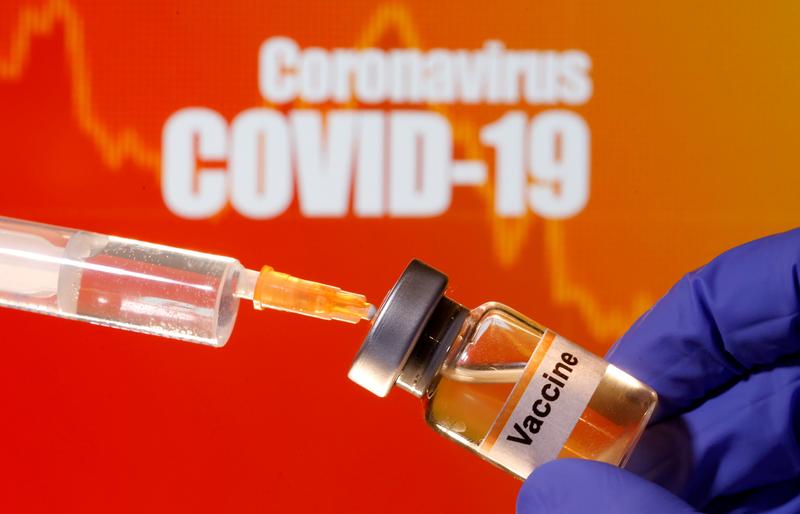