If you haven’t yet heard of Talia Ryder, you’re about to. The 18-year-old actor is Hollywood’s new indie darling, with roles in Hello, Goodbye, and Everything in Between, and Steven Spielberg’s 2021 adaptation of West Side Story, costarring Ansel Elgort, Rachel Zegler, and Rita Moreno. Currently, Ryder is busy on the awards circuit for 2020’s Never Rarely Sometimes Always, which has even generated Oscar buzz.

Directed by Eliza Hittman, the movie follows a pair of teenage girls, Autumn (Sidney Flanigan) and her cousin Skylar (Ryder), who travel to New York City from Pennsylvania to seek an abortion after an unintended pregnancy. “After reading the script, I immediately admired the character Skyler for her bravery,” says Ryder. “She is the silent protector of her cousin Autumn and never asks for anything in return. Throughout the story, she makes decisions out of love, and is even willing to sacrifice herself for her cousin.”

Last night, Ryder took part in the Gotham Awards in New York City for the film, which was nominated for best feature (her costar Flanigan was also nominated for the breakthrough-actor award). Navigating awards shows is still a new experience for Ryder, who attended it virtually with Hittman, Flanigan, and costar Ryan Eggold. But even though she tuned in remotely, Ryder says she still saw it as an opportunity to deliver a stellar fashion moment. And deliver she did, in a casual-cool Louis Vuitton look, consisting of wide-leg trousers, a graphic tee, and a leather blazer with boots. “I wanted to wear something that felt nice and sophisticated for the event, yet still felt youthful. I want to wear things that still make me feel like a teenager,” she says.

The dressed-down (but still dressy) look was the perfect fit for an at-home viewing experience. “I loved the small chain detailing on the T-shirt,” she says of the ensemble. “I also really loved the boots. They made my feet look huge, and I always wish I could have giant feet.” As she heads into doing more appearances for the film, not to mention when the big West Side Story press tour comes around near December, Ryder says her approach to red carpet dressing, virtual or not, will continue to be about feeling comfortable—but always with some flair. “My approach would just be to feel confident in what I’m wearing,” she says. “I really like to see interesting shapes in the clothes I wear. I believe if you feel cool, then you look cool.”

Below, Ryder documented her Gotham Awards evening exclusively for Vogue. 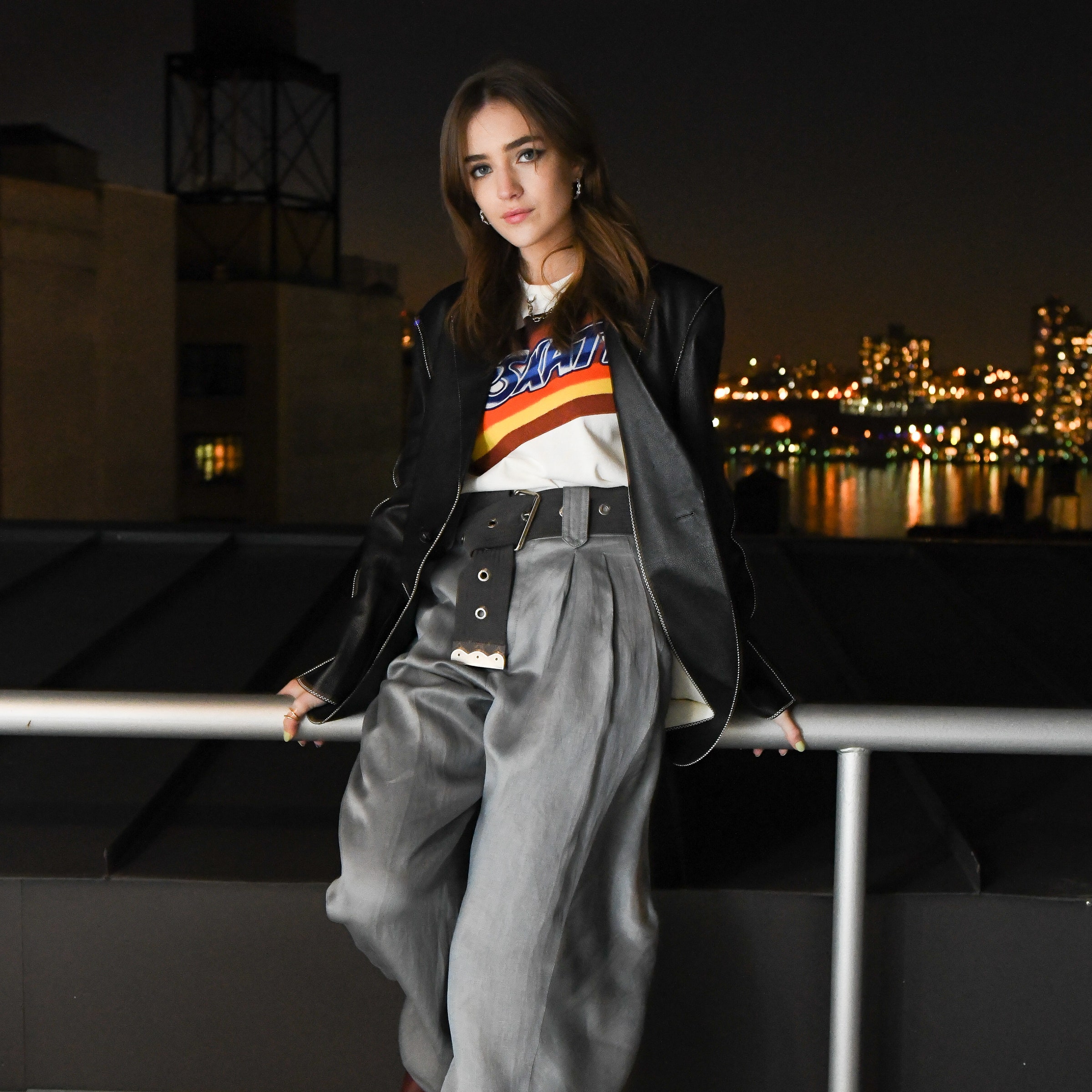