Smartphone manufacturers often fiddle along with the aspects of a smartphone design. We have seen some intriguing concepts such as a pop-up selfie camera module, foldable and waterfall displays, etc. Gaming phones are also well-known for bringing out-of-the-box design to the table. The latest offering which is said to bring a unique rear design is the upcoming Nubia Red Magic gaming smartphone. The processor details along with the design ahs been tipped via a new leak.

A video is doing rounds online which initially was shared at the Chinese microblogging platform Weibo hints at the design of the upcoming Nubia Red Magic Gaming smartphone. As per the video, the device will have a rear panel with changing colors. The back panel will have a transparent design. It would require just a single tap for the rear panel to become transparent and show the internals.

The rear panel doesn’t just turn transparent, but it also changes color. As of now, there is no authentication of this information. The company is yet to confirm if it will indeed launch the upcoming Red Magic gaming processor with this design or it is just a concept. Even if the company launches the device.

The specifications of the next-generation Red Magic gaming smartphone are also at large. However, if the rumor mill is to be believed then this device will be powered by Qualcomm’s latest flagship processer, i.e, the Snapdragon 888 processor.

This information could be correct as the brand is known for equipping its gaming devices with premium Qualcomm processors. We can’t say for sure just now when this smartphone will make a debut. Also, it would be interesting to how well the company implements the teased design while managing the camera placement at the back panel. Nevertheless, we can expect the company to launch the smartphone with top-notch hardware including a 120hz or above display. 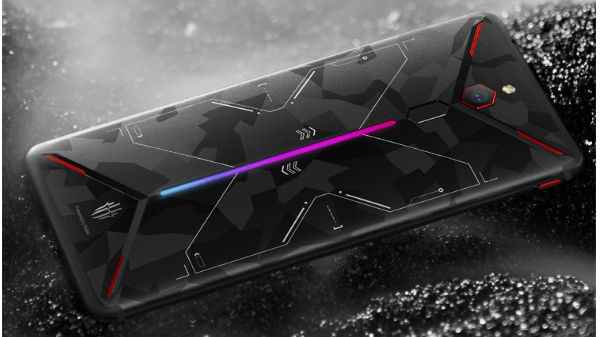