Vikrant Massey, over his seven years of career in the entertainment industry, has shown a swift rise. As an actor who started with a career in television, Massey has managed to bag a couple of big commercial films with production giants.

In his Bollywood debut Lootera, he played the clever confidant to Ranveer Singh, aced it with a crucial part in Alankrita Srivastav’s film Lipstick Under My Burkha, stunned the audiences with his portrayal of naive Shutu in Konkona Sensharma’s A Death in the Gunj, and surprised everyone as a principled NGO founder in Meghna Gulzar’s Chhapaak. 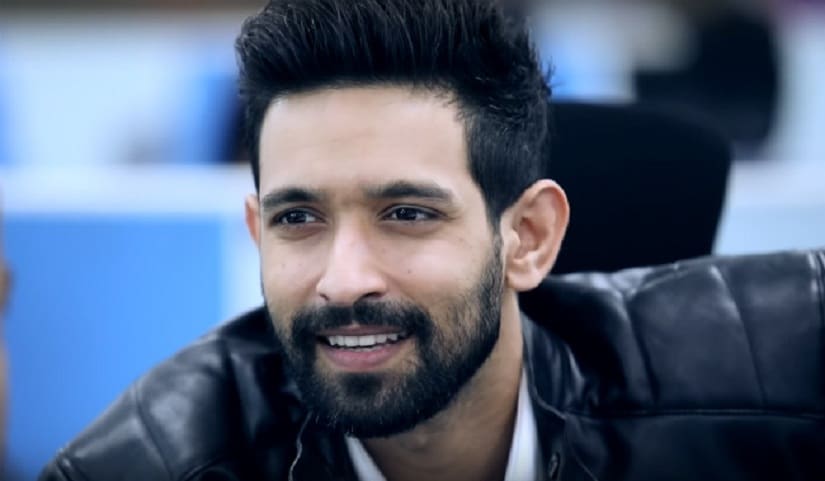 Next, Massey has four more movie releases in his kitty — Ram Prasad Ki Tehrvi, Dolly Pinky Aur Woh Chamakte Sitare, Ginny Weds Sunny, and Haseen Dillruba. However, as Konstantin Stanislavski, the Russian theater practitioner, said famously,”There are no small parts, only small actors,” I tried to revisit some of Massey’s early performances, for there was not only one odd web show on YouTube, dozens of commercials featuring stars like Alia Bhatt and Shahid Kapoor but also popular television serials that made him a household name.

As a 15-year old teenager, I remember watching him in Disney’s Dhoom Machao Dhoom (2007), an Indian musical teenage drama series. The show revolved around a girl band trying to make it big against the odds of high school rivalry, relationship expectations, and changing friendships. Massey, despite having a supporting role, stood out in the strong ensemble of Maanvi Gagroo, Jay Bhanushali, Sriti Jha, and Kinshuk Mahajan. He played the quiet, introvert yet intelligent poet in the series, and was the love interest of Jha’s character.

His tradition of standing out in ensembles continued in the later years of his career as well. When Zoya Akhtar’s multi-starrer Dil Dhadakne Do (2015) made its way to the celluloid, no one could get away from Massey’s brooding lover-boy role Rana. His affable personality was hard to escape even Aamir Khan’s eyes, who had a voice role in the film. In an interview to Firstpost, Maasey spoke about how he received a congratulatory call from Khan post a screening of the movie, and how he still cherishes that phone call. 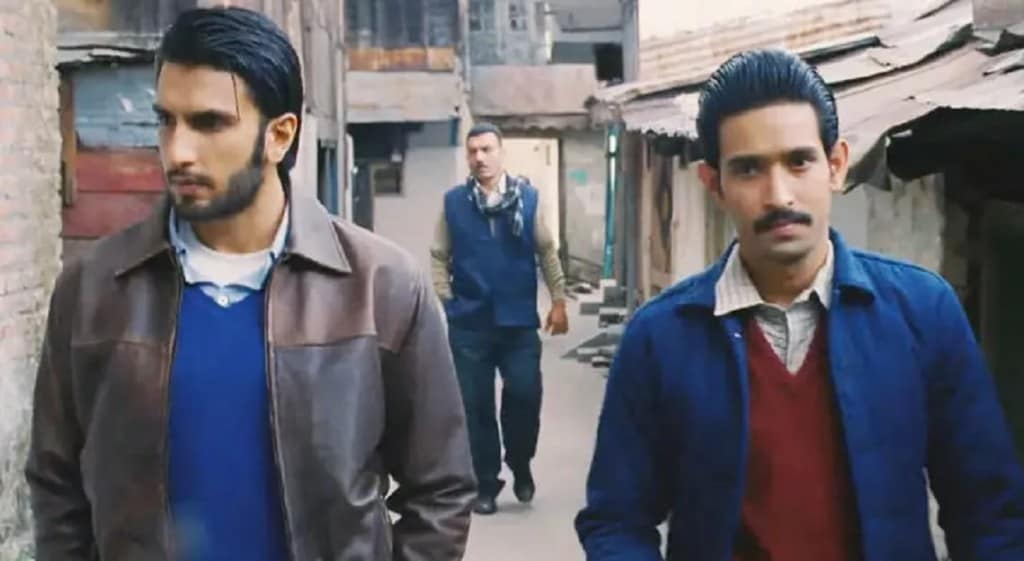 However, the television role that solidified Massey as the household name was the very popular Balika Vadhu (2009). The show, which spoke about child marriage and female infanticide, in many ways, was path-breaking for the Indian television. Massey played Shyam, whose unwavering devotion and sacha pyaar (true love) allowed him to defy societal norms and marry the girl he loves, a widow. Massey as Shyam brought a raw intensity to his role, with a strong conviction yet playfulness to fight the conservative society.

Vikramaditya Motawane’s quiet love story Lootera (2013) was a real turning point for Massey. As Dev, the fellow conman and affable best friend to Ranveer Singh’s Varun, he managed to have a memorable impact despite limited screen time. Though he faces a tragic end in the film, he left a ever charming presence on our screens and in our minds.

Unarguably, it was Konkona’s sharp commentary on masculinity, A Death in the Gunj (2016), that brought Massey’s talents to the fore. He plays Shutu, the lonely, troubled boy dealing with his father’s death. He is vulnerable and tormented, quiet and emotional. “You’re so pretty,” he is told, “You could be a girl.” The helplessness of not being able to belong and conform, about being a distant observer than an active participant in the world takes over Shutu, and it unravels into a cruel ending. Massey shines and how. Kalki Koechlin and Vikrant Massey in a still from A Death In The Gunj. YouTube

With  Alankrita’s Lipstick Under My Burkha (2016), Massey introduced us to a character with many shades underneath. On the outside, he was the classic textbook definition of a playboy but under the peels of that entitled lover was perhaps a mild-mannered soul.

In Meghna Gulzar’s poignant tale of an acid attack survivor, Chhapaak, Massey played the uptight social activist Amol. He may often come across as excessively grumpy but is refreshing for he is nowhere trying to ‘save’ Malti (Deepika Padoukne) despite it being so easy to train the lens on the man who fought for the women. Massey is calm, earnest to the role, and never over-emphasising it.

One of Massey’s understated performances is his cameo appearance in Amazon Prime Video India Original Made in Heaven. He plays the role of a long-lost love to the protagonist Arjun Mathur. When the two meet after years, we find Massey’s Nawab settled in abroad, and living a ‘monotonous’ married life. The chanced meeting follows to a hotel bedroom, and the two spring back as teenagers in love.

The scene that most stayed me was when Nawab and Mathur’s Karan have an embrace in the bathtub. When Karan confesses his horrid experience of police brutality, Nawab is lose at words. He gently cups his face, and the two stay. It was tender, warm, and profoundly nostalgic. The scene felt so natural and emphatic that all I wanted was to close the door, turn off my screen, and let the duo stay in this intimate moment forever. 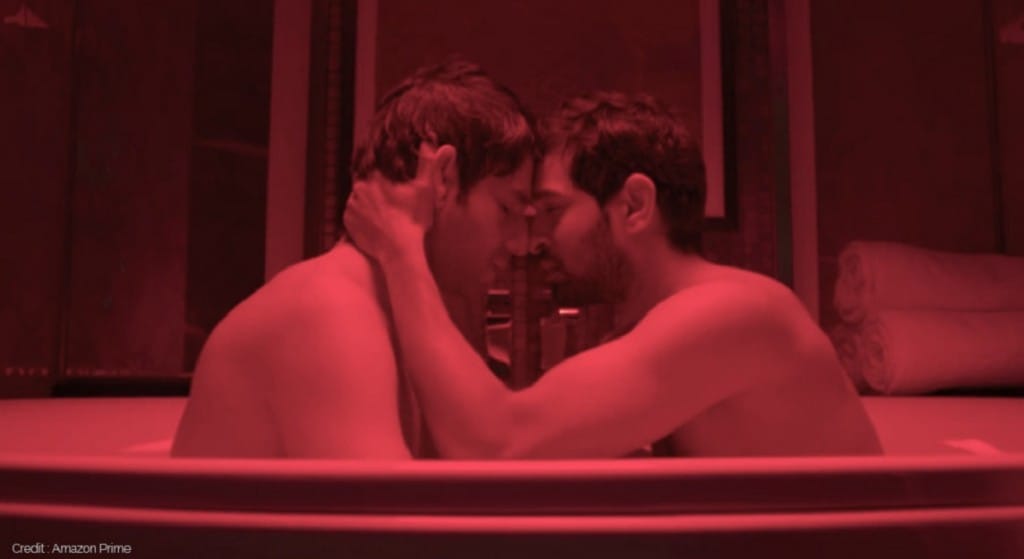 Perhaps the true test of an actor is what they bring to projects where the material is not as strong as their talent. While Massey played a heart-broken investment banker trying to recuperate his life in ALTBalaji show Broken But Beautiful, he delivered a powerful performance in Amazon Prime Video India gangster drama Mirzapur. Both shows, despite being massively popular among viewers, fall short to hold attention because of repetitive themes.

With a versatility clearly unmatched like his, there is so much more to look for from Massey. The transition from being a hero’s best friend to the protagonist is clearly commendable. His film choices is nothing but a conscious decision to be remembered despite their length. Vikrant Massey is definitely here to stay. India Deal Review: PE-VC transactions bounce back in Q3 as startups collect $3.14b

Tamil Nadu BJP indicates it is likely to contest alone in...